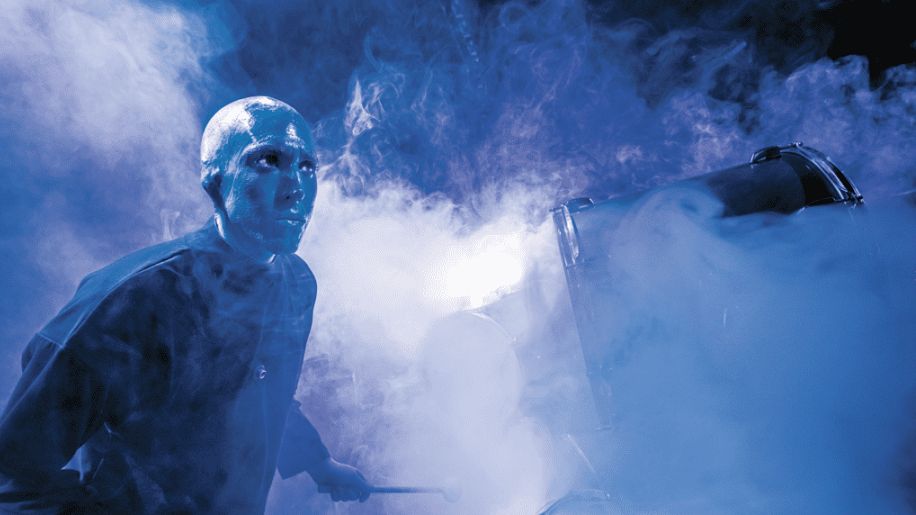 From ‘The Tonight Show’ to Tobias Fünke, the ‘Blue Man’ has left his mark.

They say silence is golden, but really, it’s a timeless Blue.

For over 40 years, Blue Man Group has provided an absurd, colorful and comedic blend to art, music, science and technology on stages around the world.

Coming to TPAC Feb. 11-16, the “Blue Men” are obviously known for their baldness and blueness, but it’s their random, yet eloquent use of paint, drums, food and pure wit that has transformed a show essentially about nothing into a worldwide cultural phenomenon.

Since three friends working at a New York catering company created the Blue Man Group in 1987, nearly 35 million people have been reminded by performance that, despite our individual differences, we are all human.

Matt Goldman, Phil Stanton and Chris Wink were three eccentric friends who just wanted to provide a fun, evolving form of entertainment that would get people’s eyes fixed on them.

“There really isn’t an explanation,” Goldman shared in a previous 2014 interview.

“Chris dug up a picture that he drew when he was five years old, and it had three blue men in it. We think the Blue Man has always been here. The best answer is that we found each-other.”

It was Stanton who added the element of “surprise” into the group’s mantra.

“We thought, ‘What would surprise people?” said Stanton. “‘What’s going to catch someone’s eye and make them think?’ We thought that if we created a bald and blue character, that image would have the ability to surprise and spark some thought for a long time.”

Well, Stanton was right. The “Blue Man” figure has become engrained in the fabric of pop culture.

A part of the pop culture zeitgeist, Blue Man Group has appeared countless times on hit shows including Dancing with the Stars, The Tonight Show, Arrested Development, The Ellen DeGeneres Show, among many others.

So, before this explosive collision of music, comedy and color hit TPAC’s Jackson Hall Feb. 11-16, we thought we’d take a look at 10 times Blue Man Group has popped up in pop culture.

Blue Man Group on The Tonight Show with Jay Leno:

Blue Man Group on The Tonight Show with Jimmy Fallon:

Blue Man Group on LIVE! with Regis and Kelly: