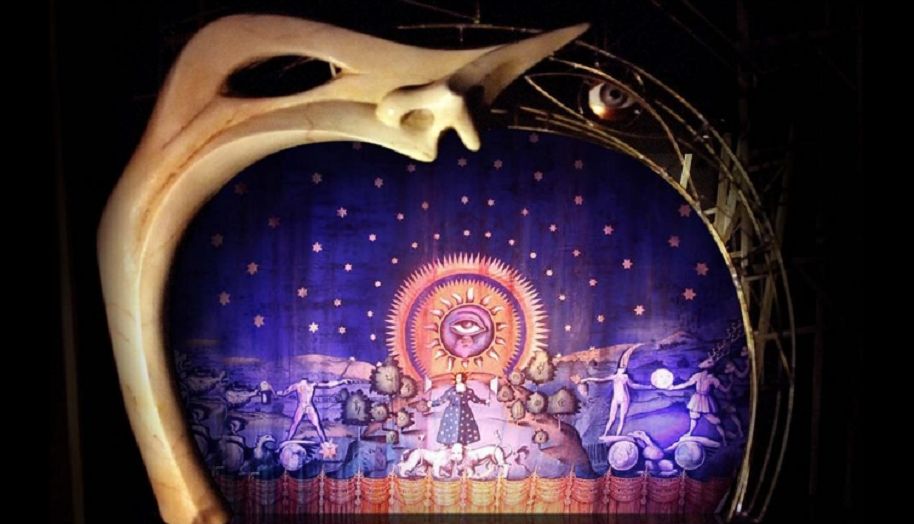 The stage for Love Never Dies

When the curtain rises on opening night of a show, audiences are immersed in a completely different world, most times forgetting that they are sitting in a theater. This is exactly what happens every night with Love Never Dies, the spellbinding sequel to Andrew Lloyd Webber’s Phantom of the Opera. Before any cast members take the stage audiences are whisked away to Coney Island in the early 1900s. The set is astonishing with a wooden roller coaster track, blinking lights, and the classic Coney Island ride signs that are very distinctive to the time. The stage comes to life largely because of Edward Pierce, stage designer for the show.

“The biggest challenge in bringing Love Never Dies to life is the logistics. Coordinating 11 full tractor trailers with props, lighting, costumes, automation, and pieces of the stage to pack efficiently and be put together in 16 hours is not an easy task.”

Pierce had to decide how to put everything into digestible pieces, not only for loading in and out, but also when putting them together to create the set. Getting the perfect concept down came in two steps.

The stage was originally produced in Australia, where the show ran before doing a production in Hamburg, Germany for nine months. They had to figure out how to move the full scale set to Germany and then decide what they could do better when bringing the show on the road, which took another 6-8 months of reconstruction.

Along with Pierce wanting to build the best set possible, he did admit there was some pressure to build an extravagant experience…

“Being the sequel to Phantom of the Opera, you can’t come in with a bare stage. Phantom trained audiences to expect a level of spectacle in the storytelling. Now that the story has moved from Paris to the completely new place of Coney Island. The aesthetic is different but all the characters that audiences have grown to love are the same.”

The spectacle is definitely not lost in Love Never Dies where the centerpiece to the stage is a large singular revolving turntable. The turntable helps to musically stage the show as well as moves scenery, delivers choreography, and transfer cast. Without it, the director would have had to re-imagine how the show is staged. With shows of this caliber, Pierce holds a secret mantra: sets can have two big stage pieces, one moderate-sized, and the rest have to be smaller. What’s the second big piece? The central framing metal sculpture that includes the Phantom’s mask, scaffolding and a huge eyeball. All this creates the framework to Coney Island.

The “circus freaks” of Coney Island

While the staging proves to be challenging, it’s one of the things Pierce loves most about working on this show. He loves the challenge of “delivering an intricate set and loading it in a day and a half”. Audiences don’t typically realize the thought and care that goes into coordinating 80 stagehands all working towards one goal. “Every single job is so important. When working together amazing things can be done”, says Pierce.

“Most people work in theater because they love it. No sane person would do this if they didn’t! When you have a great product and good colleagues, you can pull off miracles. It’s a remarkable feeling when the curtain goes up on Tuesday night.”

The early twentieth century in New York is very theatrical and iconic. Coney Island has a special place in visual history and Pierce could not be more excited to bring the grotesqueness of the circus world to Nashville this June.