Home > 16 spooky musicals to get you ready for Halloween

16 spooky musicals to get you ready for Halloween 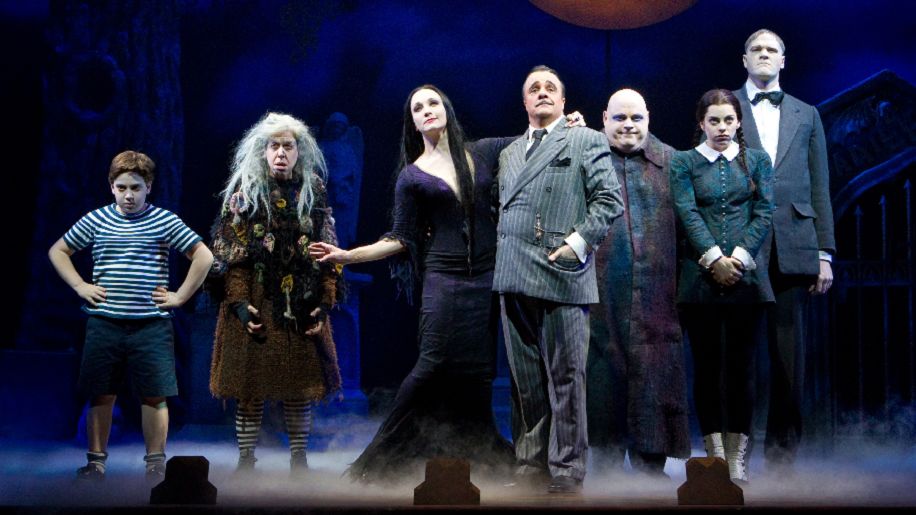 Halloween is just around the “coroner” (to quote The Addams Family lyric).

No costume yet? We got you.

Get some inspiration from this list of monstrous musicals that embrace all things wicked and wonderful — courtesy of TPAC News Center.

Whether it’s Beetlejuice, The Demon Barber of Fleet Street or The Phantom of the Opera, these shows certainly bring the shiver and scare to the musical stage.

So without further ado (and in no particular order), let us haunt you with TPAC’s goosebump-giving list of 16 musicals to get you in the Halloween spirit:

Sweeney Todd opened on Broadway in 1979 and in the West End in 1980. It won the Tony Award for Best Musical and Olivier Award for Best New Musical. It has since had numerous revivals as well as a film adaptation.

As their innocence is lost, Brad and Janet meet a houseful of wild characters, including a rocking biker (Meat Loaf) and a creepy butler (Richard O’Brien). Through elaborate dances and rock songs, Frank-N-Furter unveils his latest creation: a muscular man named “Rocky.”

Carrie is a musical with a book by Lawrence D. Cohen, lyrics by Dean Pitchford, and music by Michael Gore.

Adapted from Stephen King’s novel Carrie, it focuses on an awkward teenage girl with telekinetic powers whose lonely life is dominated by an oppressive religious fanatic mother. When she is humiliated by her classmates at the high school prom, she unleashes chaos on everyone and everything in her path.

James Barbour in ‘The Phantom of the Opera’

The Phantom of the Opera

The Phantom of the Opera is a musical with music by Andrew Lloyd Webber and lyrics by Charles Hart. Richard Stilgoe and Lloyd Webber wrote the musical’s book together. Stilgoe also provided additional lyrics. Based on the French novel of the same name by Gaston Leroux, its central plot revolves around a beautiful soprano, Christine Daaé, who becomes the obsession of a mysterious, disfigured musical genius living in the subterranean labyrinth beneath the Paris Opéra House. It is the longest running show in Broadway history by a wide margin, and celebrated its 10,000th Broadway performance on February 11, 2012, the first production ever to do so.

Company of ‘Little Shop of Horros’

Little Shop of Horrors is a horror comedy rock musical with music by Alan Menken and lyrics and a book by Howard Ashman. The story follows a hapless florist shop worker who raises a plant that feeds on human blood and flesh. The musical is based on the low-budget 1960 black comedy film The Little Shop of Horrors. The music, composed by Menken in the style of early 1960s rock and roll, doo-wop and early Motown, includes several well-known tunes, including the title song, “Skid Row (Downtown)”, “Somewhere That’s Green”, and “Suddenly, Seymour”.

Evil Dead: The Musical is a rock musical stage play based on the film series. First performed on stage in 2003 at the Tranzac club in Toronto, Ontario, the show instantly became a hit and eventually moved on to an off-Broadway run in 2006 at the New World Stages. It has been a hit in Korea. And in Toronto, it was the longest running show in over 20 years. Over 500 productions of the show have been mounted all over the world. And one critic for The New York Times even hailed the musical as “the next The Rocky Horror Show”.

American Psycho is a musical with music and lyrics by Duncan Sheik and a book by Roberto Aguirre-Sacasa. It is based on the controversial 1991 novel American Psycho by Bret Easton Ellis, which also inspired a 2000 film of the same name, which starred Christian Bale. Set in Manhattan during the Wall Street boom of the late 1980s, American Psycho is about the daily life of Patrick Bateman, a wealthy young investment banker who is also a serial killer. The musical received its world premiere at London’s Almeida Theatre in 2013, directed by Rupert Goold and starring Doctor Who actor Matt Smith.

Joseph Wilkins and Claire Louise Conolly in ‘The Exorcist’

The Exorcist is a play by John Pielmeier based on the novel of the same name by William Peter Blatty, and is part of The Exorcist franchise. The story centres around a young girl, Regan, who has been subject to demonic possession. Her mother, Chris, seeks out to the church to perform an exorcism. In February 2008, Pielmeier expressed an interest in adapting Blatty’s novel into a play and soon met with Blatty. He then began working on a script for the play, in which the first draft was completed in ten days.

Dance of the Vampires

Dance of the Vampires is a musical remake of the 1967 Roman Polanski film of the same name (known as The Fearless Vampire Killers in the USA).

Polanski also directed the original German language production (titled Tanz der Vampire) of this musical. Music for Dance of the Vampires was composed by Jim Steinman and orchestrated by Steve Margoshes, and original German book and lyrics were written by Michael Kunze.

Jekyll & Hyde is a musical horror-drama loosely based on the novella Strange Case of Dr Jekyll and Mr Hyde by Robert Louis Stevenson. Originally conceived for the stage by Frank Wildhorn and Steve Cuden, it features music by Frank Wildhorn, a book by Leslie Bricusse and lyrics by Wildhorn, Bricusse and Cuden. After a world premiere run in Houston, Texas, the musical embarked on a national tour of the US prior to its Broadway debut in 1997. Many international productions in various languages have since been staged including two subsequent North American tours, two tours in the United Kingdom, a concert version, a re-vamped US tour in 2012 ahead of a 2013 Broadway revival and an Australian concert version in 2019.

Lizzie Borden is a 1998 musical retelling the story of the real-life, infamous hatchet murders of Andrew Borden and his wife, Abby, in 1892 Massachusetts.

The show traces the lives of the spinster daughter accused of the crime, and the townspeople who put her on trial. Testimonies were muddled, evidence was incomplete, and Lizzie was acquitted. Created by Christopher McGovern and the lead role made famous by Alison Fraser.

Tom Hewitt in ‘Dracula, The musical’

Dracula, the Musical is a musical based on the original Victorian novel by Bram Stoker. The score is by Frank Wildhorn, with lyrics and book by Don Black and Christopher Hampton. It had its regional premiere at the La Jolla Playhouse  in 2001, playing to 115% capacity. It then premiered on Broadway in 2004, starring Tom Hewitt as the frightening vampire Count and Melissa Errico as the woman he loves, Mina Harker. A brief nude scene in which Dracula seduces Lucy Westenra (played by Kelli O’Hara) received much publicity, as did the show’s numerous and spectacular special effects. Despite that, the show ran for only 154 performances, and received mainly negative reviews. The show was heavily revised and later had engagements in Europe, where it proved to be a hit.

Ghost the Musical is a musical with book and lyrics by Bruce Joel Rubin and music and lyrics by Dave Stewart and Glen Ballard. Based on the hit 1990 romantic fantasy thriller film of the same name, the musical had its world premiere at the Manchester Opera House in Manchester in March 2011. The plot centers on lovers Sam and Molly, who are attacked as they are returning to their apartment. When Sam dies he becomes caught between the real world and the next. Molly is in danger and Sam cannot leave her. A medium, Oda Mae Brown, helps Sam to get in touch with Molly to warn her.

The Addams Family is a musical comedy with music and lyrics by Andrew Lippa and the book by Marshall Brickman and Rick Elice. The show is based upon The Addams Family characters created by Charles Addams in his single-panel gag cartoons, which depict a ghoulish American family with an affinity for all things macabre.  Although numerous film and television adaptations of Addams’ cartoons exist, the musical is the first stage show based on the characters. After a tryout in Chicago in 2009, the musical opened on Broadway in April 2010. The original cast featured Nathan Lane as Gomez and Bebe Neuwirth as Morticia.

Young Frankenstein is a musical with a book by Mel Brooks and Thomas Meehan, and music and lyrics by Brooks. It is based on the 1974 comedy film of the same name written by Brooks and Gene Wilder and directed by Brooks, who has described it as his best film. It is a parody of the horror film genre, especially the 1931 Universal Pictures adaptation of Mary Shelley’s Frankenstein and its 1939 sequel, Son of Frankenstein. After tryouts in Seattle and four weeks of previews, the musical opened on Broadway on November 8, 2007.

Beetlejuice is a stage musical with music and lyrics by Eddie Perfect and book by Scott Brown and Anthony King.

It is based on the 1988 film of the same name, about a deceased couple who try to haunt the new inhabitants of their former home and call for help from a devious bio-exorcist ghost named Betelgeuse (pronounced “Beetlejuice”), who is summoned by saying his name three times. The musical premiered at the National Theatre, Washington, D.C. in October 2018, prior to opening on Broadway at the Winter Garden Theatre on April 25, 2019.