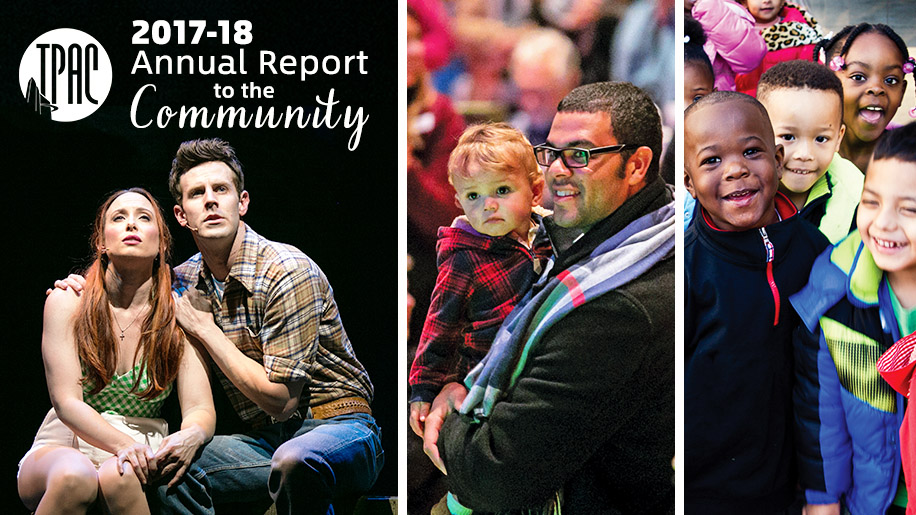 The nonprofit Tennessee Performing Arts Center releases its 2017-18 Annual Report to the Community, highlighting both its artistic innovations and investment in its growing education community made possible last year by corporate sponsors, community partners, donors and more.

In all, the center reports presenting 489 performances and seating 424,864 audience members last season while also serving 38,127 students and adults through its comprehensive arts in education programs.

“We are especially proud of the art presented on our stages last year, beginning with the imaginative and stellar work or our resident companies: Nashville Ballet, Nashville Opera and Nashville Repertory Theatre,” said Kathleen O’Brien, TPAC President and Chief Executive Officer. “We also expanded our role as a producer, helping to develop new works of musical theater, including the world premiere of ‘Part of the Plan,’ and elevating local talent.”

Audience members from 38 U.S. states and five countries experienced performances at TPAC, including a Broadway season that included international blockbusters, top winners at the Tony Awards and new takes on classic titles.

TPAC’s education community also continued to grow in 2017-18, with more than 25,000 students and teachers from 230 schools in 29 counties in Tennessee and Kentucky traveling to TPAC for a performance of the Humanities Outreach in Tennessee Season for Young People. To support this attendance, TPAC provided more than $63,000 in free and reduced admission and transportation assistance thanks to generous corporate and individual contributions.