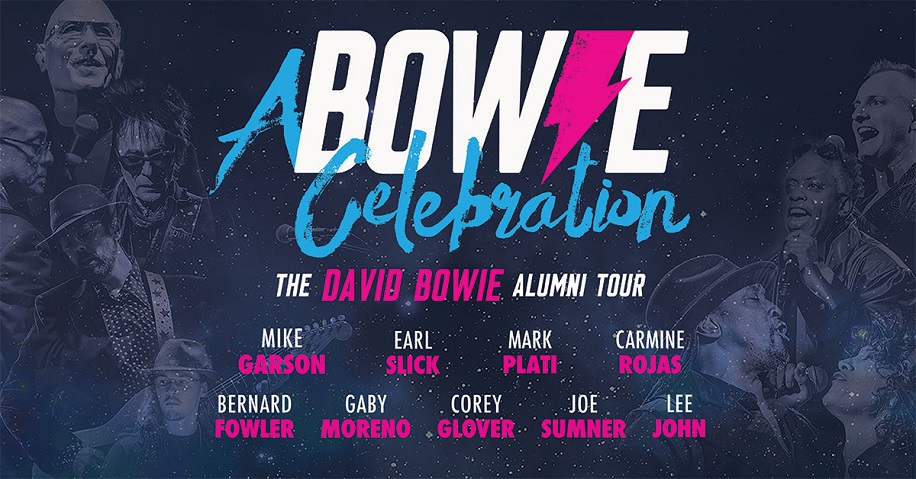 A Bowie Celebration: The David Bowie Alumni Tour will make a one-night-only stop at TPAC on March 13! The show features Mike Garson and fellow key alumni musicians of David Bowie’s band from across the decades. Some of the alumni band members included in the show are Earl Slick, Gerry Leonard and Carmine Rojas along with world-class vocalists Bernard Fowler and Corey Glover, with drummer Lee John performing a mix of Bowie’s hits and deep-cuts.

Keyboardist and band leader Mike Garson, the longest-standing member of Bowie’s band, performed with David at over 1,000 concerts together around the globe, including his first and last concerts in the United States. The band also features legendary guitarist Earl Slick, who worked on landmark Bowie albums such as “Diamond Dogs,” “Young Americans” and “Reality;” Bowie guitarist and band leader Gerry Leonard (A Reality Tour); and Bowie’s Let’s Dance/Serious Moonlight Tour bassist Carmine Rojas. Between them, they have over 30 years experience of recording, writing and playing live with Bowie.

When the show stopped in San Diego, Emmy and Golden-Globe nominated actress (“Westworld”) and singer (Rebel and A Basketcase) Evan Rachel Wood re-joined the all-star band to sing a variety of songs.

“It’s not a cover band, it’s the band! It’s the actual band, so when you’re there it sounds as close as you’re going to get to Bowie,” Rachel said.