Home > News Center Stories > ‘A Streetcar Named Desire’ is now a ballet, and Nashville will be the first US-based company to perform it

‘A Streetcar Named Desire’ is now a ballet, and Nashville will be the first US-based company to perform it 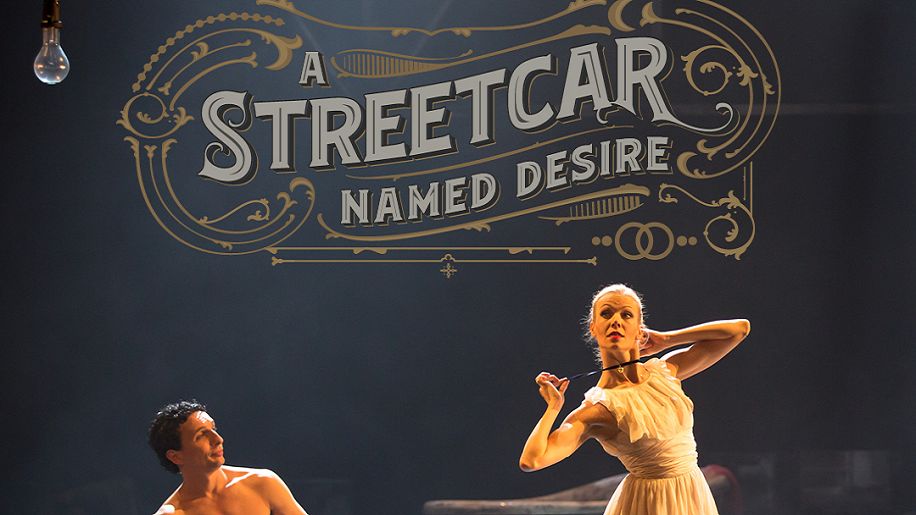 Some of us were lucky enough to read A Streetcar Named Desire in high school.

Others remember the riveting 1951 film with Marlon Brando, Vivien Leigh and Kim Hunter.

But anyone who knows anything about the 1947 play by Tennessee Williams is wondering the same thing: “How do you translate the beautiful narrative and passionate emotions (“hey, Stella!”) into a ballet, where no words are uttered?”

Well, world-renowned choreographer Annabelle Lopez Ochoa figured it out, and has now brought the Pulitzer Prize-winning production stateside to park itself at TPAC Nov. 1-3.

Lopez Ochoa has created works for more than 40 dance companies worldwide, but Nashville Ballet will be the first US-based ballet company to perform this sumptuous and sultry balletic adaptation of Williams’ provocative classic.

And even without a single word of dialogue spoken, Lopez Ochoa says this story is still all about the characters.

“I like A Streetcar Named Desire because they are real people, not fairy tale people,” Lopez Ochoa says. “The characterization is not just black and white, they’re much more complex.”

Transforming the detailed play into dance was no easy task, especially as this was Lopez Ochoa’s first full-length narrative ballet. The Colombian-Belgian choreographer teamed up with theater/film/television director Nancy Meckler to ensure the piece’s smooth transition from one artistic medium to the other, originally commissioned by Scottish Ballet in 2012.

For Lopez Ochoa, the narrative is so compellingly “human” that it doesn’t matter where the story is told or who’s telling it.

“The story is universal because it talks about human nature,” she explains. “I love putting human behavior on stage and I think dance lends itself really well to that.”

Portraying the demise of Southern belle Blanche DuBois, this beguiling and thought-provoking performance will pull the audience into devastating tribulations — many of which speak to larger topics of the American South’s storied identity.

Blanche is staying an unspecified amount of time. The family’s plantation, Belle Reve (or beautiful dream), has been sold. Her old-fashioned, genteel ideas about comfort and graciousness clash with Stanley’s earthy, practical approach to life. Soon Stanley discovers the brutal truth behind Blanche’s flight, and their ensuing battle becomes the driving force of the play.

Inventive and minimalistic, the sets are constructed out of packing cases which are maneuvered by the dancers to shift the action from a streetcar, to a New Orleans club, to the grimly sparse interior of Stanley’s apartment. Lighting by Tim Mitchell and costumes by Nikki Turner provide pitch-perfect period detail as well as the symbolic underpinning of the plot: the bloom of bright red blood on Alan’s shirt, the crimson flowers for the dead and the naked light bulb under which Blanche flutters, helpless and moth-like.

Lopez Ochoa is one of multiple female choreographers featured throughout Nashville Ballet’s 2019-20 season — with Gina Patterson’s 72 Steps and Jennifer Archibald’s Attitude: Other Voices happening in February, 2020.

“This is a very special season for us,”  says Paul Vasterling, Executive Artistic Director for Nashville Ballet. “This season features numerous female choreographers and focuses on giving voices to commonly silenced perspectives and groups in hopes of instilling a greater sense of understanding and empathy within our audiences and our community.”

For Vasterling, it’s all about “driving the art form forward through progressive, boundary-pushing work.”

In addition, Nashville Ballet has “really ramped up efforts to offer more opportunities for the community to engage with the work we’re presenting outside of simply watching a performance,” Vasterling says. A series of Inside the Ballet initiatives aim to foster a deeper connection to the artform — one of which is a pre-show panel and conversation surrounding A Streetcar Named Desire on Wednesday, Oct. 30 at 5:30 p.m. at the Woodmont Blvd YWCA. Vasterling hopes these programs will help the exciting productions we enjoy on stage continue to exist outside of the theater.

Whether you’ve seen it staged before, have only watched the (slightly censored) film version or merely recognize lines like “I have always depended on the kindness of strangers” from pop culture, you need to hop into Nashville Ballet’s A Streetcar Named Desire — driving into TPAC’s Polk Theater Nov. 1-3.

*Content and Trigger Warning: This production is recommended for adult audiences due to mature themes. It contains depictions of sexual violence, physical abuse, and emotional abuse; therefore, it may not be suitable for survivors of similar traumas.