A testament to the power of song: Dr. Paul T. Kwami on Fisk Jubilee Singers’ legacy 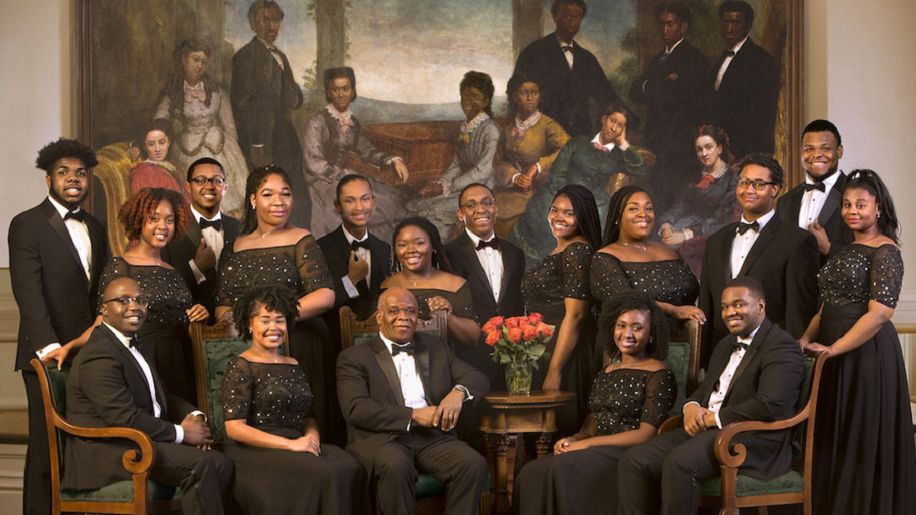 The troupe that put Nashville on the music map while breaking racial and cultural barriers after the Civil War.

The voices of the past are always echoing through the halls of Nashville’s oldest institution for higher education — which opened in 1866 as the first American university to offer a liberal arts education to “young men and women irrespective of color.”

In 1871, with the school on the edge of financial collapse, those voices changed history when George Leonard White took the university’s last $40 to assemble nine students (seven were former slaves) into a touring chorus.

Dr. Paul T. Kwami has been the Singers’ musical director for over 25 years.

“Slavery had just ended; and they went out singing,” says Dr. Paul T. Kwami, a Ghanaian-born former student of Fisk who has been the Singers’ musical director for over 25 years.

“You can imagine the challenges that existed at that time for them,” he continues. “We know from records that they experienced a lot of difficulties, but those experiences did not deter them from accomplishing their mission to save the school. They chose to continue singing.”

As the story goes, they toured the U.S. and Europe over the course of four years, eventually being invited not only by President Ulysses S. Grant to perform at the White House, but Queen Victoria herself to hear renditions of songs like “Swing Low, Sweet Chariot,” “Did the Lord Deliver Daniel” and “Go Down Moses.”

The Queen was so impressed with The Fisk Jubilee Singers that she said they must be from a city of music (which is where Nashville actually got its coveted Music City nickname).

“These songs were once used by slaves as survival tools.  They used these melodies to communicate their own emotions and stories,” Kwami explains. “Today, these songs are still very important to us. As Jubilee Singers, we continue to sing these songs not only to honor and remember our history, but also because of the great spiritual strength they give us.”

Where part of the grounds sits on a former slavers’ keep, the historic Nashville institution is now a testament to the power of faith, will and resilience through song. Though the university is relatively small, it’s long-lasting legacy and cultural impact certainly is not (with three alumni currently sitting in Congress — John Lewis, Alcee Hastings and Frederica Wilson).

Born one of seven children in Ghana, West Africa, Kwami says his musical passion all started with his dad.

“My father had a large part in what I do today,” he says. “He was a music teacher and would teach me on the piano growing up. I spent a lot following him around just so I could watch him compose and conduct.

Kwami studied music at Ghana’s National Academy of Music and, by 1983, traveled to Nashville to become a student at Fisk University where he joined the Fisk Jubilee Singers. After graduation, he continued his education at Western Michigan University and graduated with a Master of Music. In 1994, he was selected to serve as part-time director of the Fisk Jubilee Singers. It was made permanent by the next fall.

Under Kwami’s leadership, the group has witnessed their induction into the Gospel Music Hall of Fame, a Grammy nomination and a Dove Award as they continue to perform spirituals like “Nobody Knows the Trouble I See” in around 30 concerts a year.

For over a decade, one of those concerts has been with TPAC’s HOT Season for Young People, a proud partnership that Kwami says has given the singers an important new audience.

“Parents have come up to me and said, ‘my child saw you at TPAC,’ and I feel really good about that,” Kwami says. “It means we’re making an impact on the children. I am very thankful that TPAC has collaborated with us over these years to help educate young people about the history of the Fisk Jubilee Singers.”

Another one of Kwami’s proudest accomplishments is the Singers’ collaboration with the Tennessee Arts Commission. The partnership resulted in a first-class education curriculum which aimed to preserve African American spirituals and was distributed throughout schools in Tennessee. This led to Kwami and the Fisk Jubilee Singers being awarded the National Medal of Arts in 2008 by President George W. Bush — the nation’s highest honor for artists and patrons of the arts.

“I never knew it would result in that,” Kwami explains, “but that collaboration allowed our story to be told in so many schools. It’s one of my proudest accomplishment in my tenure as musical director.”

During his tenure, the Fisk Jubilee Singers have also received the honors of being inducted into the Music City Walk of Fame, the Governor’s Folklife Heritage Award and the Recording Academy Honors.

But for Kwami, it all comes back to the Fisk Jubilee Singer legacy and preserving the group’s future by honoring the past.

“My hopes for the future are to remain strong, not give up and continue to choose to sing — like the first Singers did,” Kwami says. “There is still a lot of negro spirituals that we have not touched yet, so I hope to dive into all of these songs and expose them to the world to keep their stories alive.”

To find The Fisk Jubilee Singers’ next performance, visit FiskJubileeSingers.org.