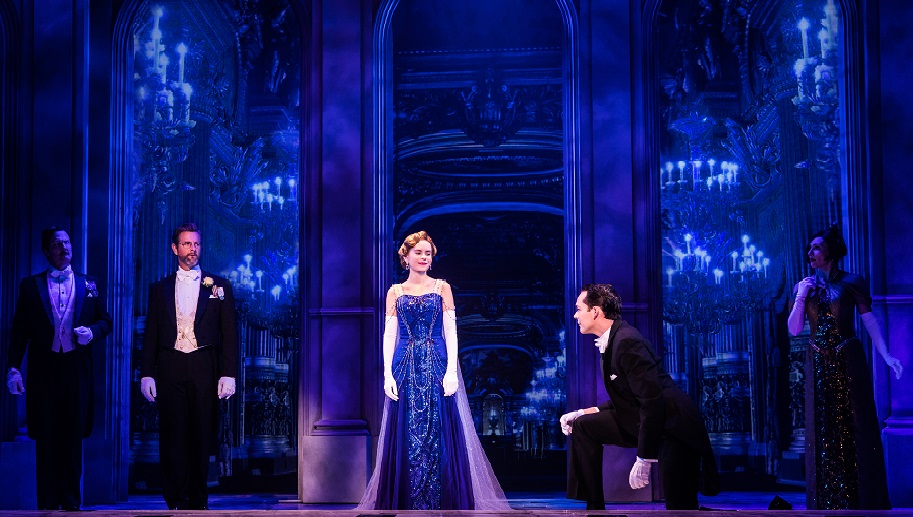 Lila Coogan (Anya), Stephen Brower (Dmitry) and the company of the National Tour of Anastasia.

Anastasia will host a pre-show ticket lottery for the Tuesday, March 19, Wednesday, March 20, and Thursday, March 21 performances, offering fans the chance to purchase 10 tickets at $25 apiece with a two-ticket limit per winner!

Entries will be accepted at the Jackson Hall Box Office beginning two and a half hours prior to the selected performances; each person will print their name and the number of tickets (1 or 2) they wish to purchase on an entry form that is provided. Two hours before curtain, names will be drawn at random for 10 tickets priced at $25 each.

Only one entry is allowed per person. Entries are checked for duplication prior to drawing. Winners must be present at the time of the drawing and show valid ID to purchase tickets. Limit one entry per person and two tickets per winner. Tickets are subject to availability.

From the Tony Award®-winning creators of the Broadway classic “Ragtime” and inspired by the beloved films, Anastasia is the new Broadway musical that’s “one of the most gorgeous shows in years!” (New York Observer). This dazzling show transports us from the twilight of the Russian Empire to the euphoria of Paris in the 1920s, as a brave young woman sets out to discover the mystery of her past. Pursued by a ruthless Soviet officer determined to silence her, Anya enlists the aid of a dashing conman and a lovable ex-aristocrat. Together, they embark on an epic adventure to help her find home, love, and family.

We’ll see you at the theater!