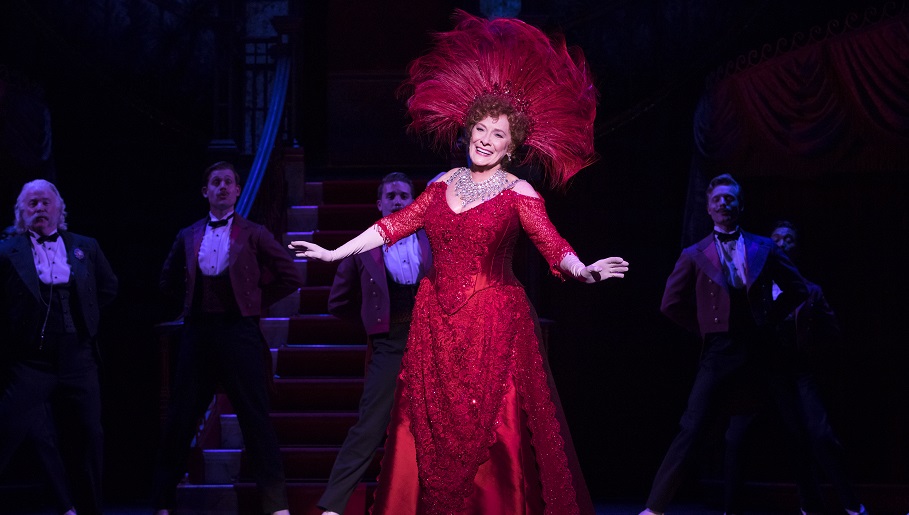 Broadway legend Betty Buckley has earned her place as one of theatre’s most respected and celebrated leading ladies. With an impressive resume including her Tony Award-winning performance as Grizabella in the original Broadway cast of Cats and roles in The Mystery of Edwin Drood, 1776, Pippin, Carrie, and Sunset Boulevard, Buckley is known as “the voice of Broadway.” Buckley’s life has been dedicated to the stage from a young age, and she reflected on her experiences as she prepares to take on another iconic role in Hello, Dolly!

“When my mother took me to see my first musical, I had this epiphany: That’s it! That’s what your going to be doing for the rest of your life,” says Buckley. “I was a performer from age 11 on, a professional at 15- playing Baby June in Gypsy– and on Broadway at 21 in 1776. Once you’ve been smitten by the beauty of all of these talented artists coming together to create great musical theatre, its life changing.”

In this new version of Hello, Dolly!, Buckley steps into the title role of strong-willed matchmaker Dolly Gallagher. Audiences are taken on a lively journey as Dolly searches for a match for the miserly Horace Vandergelder.

“Hello, Dolly! is one of the all-time wonderful musicals in the lexicon of musical comedy. And this new production, directed by Jerry Zaks and choreographed by Warren Carlyle; it’s so fresh and so outstandingly beautiful. When I saw it in New York, it was like the greatest ice cream sundae that I’ve ever seen!” says Buckley.

Buckley is following the legacy of many actresses who have taken the role of Dolly Gallagher from its first premiere in 1964, many of which Buckley grew up listening to their cast albums. Luminary names including Mary Martin, Ginger Rogers, Eve Arden, Betty Grable, Ethel Merman and the original Dolly Gallagher Carol Channing have lended themselves to the role. In this new production, Bette Midler, Bernadette Peters and Donna Murphy have stepped into the character of Dolly.

“I had never even pictured myself as Dolly, so I was honored when Scott Rudin and Jerry Zaks asked me to bring it on the road. It’s very daunting to step into that red dress and to walk down the iconic staircase at the Harmonia Gardens restaurant, to greet all those dancing waiters who leap – so thrillingly – across the orchestra pit on all sides of me!” says Buckley.

Audiences can see Buckley leading the national tour of Hello, Dolly! traveling to 14 cities through August.

“There‘s a magical feeling you get, when you’re up there in the spotlight and about to launch into a big solo. I’m so aware, in that moment in time, that it’s not only me! It takes about 200 people – writers, directors, actors, musicians, stagehands- to create that particular moment of magic,” says Buckley. “I’m honored and thrilled to do Dolly now, to take it across the country.”

Buckley and the company of Hello, Dolly! play in Nashville for a one-week engagement TPAC April 30-May 4. Tickets can be found TPAC.org, by phone at 615-782-4040, and at the TPAC Box Office, 505 Deadrick St., in downtown Nashville.