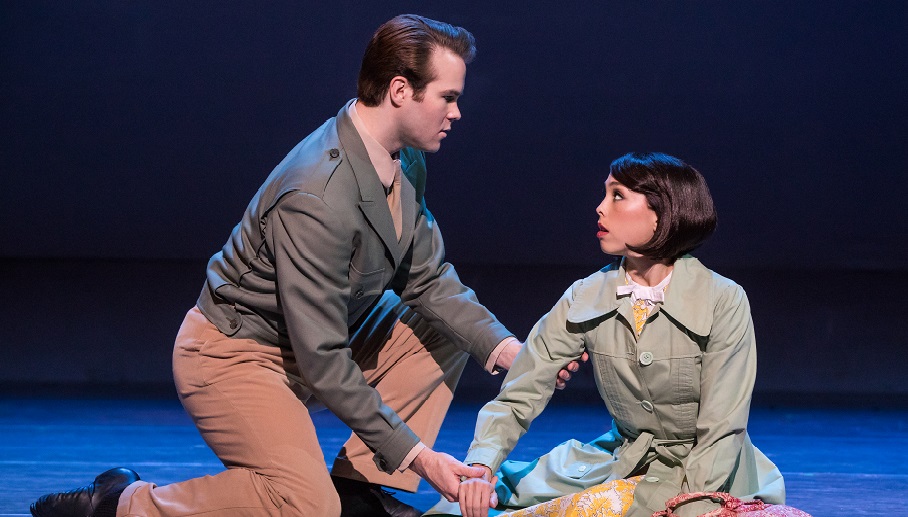 AN AMERICAN IN PARIS, the most-awarded new musical of 2015 and winner of four Tony Awards®, brings its first national tour to Nashville with a one-week engagement at the Tennessee Performing Arts Center’s Andrew Jackson Hall Oct. 31 – Nov. 5.

Inspired by the Academy Award-winning film, AN AMERICAN IN PARIS is the romantic story about an American soldier, a mysterious French girl and an indomitable European city, each yearning for a new beginning in the aftermath of war. Directed and choreographed by 2015 Tony Award winner Christopher Wheeldon, the show features the music and lyrics of George Gershwin and Ira Gershwin, and a book by Craig Lucas.

The production opened to widespread critical acclaim at the Palace Theatre on Broadway in April 2015 after its world premiere at the Théâtre du Châtelet in Paris. The New York production closed in October 2016 after playing more than 600 performances. A West End production of AN AMERICAN IN PARIS opened in March 2017 at the Dominion Theatre.

The score of AN AMERICAN IN PARIS includes the songs “I Got Rhythm,” “Liza,” ‘’S Wonderful,” “But Not For Me,” “I’ll Build a Stairway to Paradise,” and orchestral music including “Concerto in F,” “Second Prelude,” “Second Rhapsody/Cuban Overture” and “An American In Paris.”

“A Gershwin classic with beautiful choreography and gorgeous dancing, AN AMERICAN IN PARIS is a love letter to musical theatre. This stunning and award-winning production transports the audience to Paris, where the romance and magic of Paris combines with the music of George and Ira Gershwin for an unforgettable experience.” -Kathleen O’Brien, TPAC President and CEO

An American in Paris

An American in Paris is the third production featured in the 2017-18 HCA/TriStar Health Broadway at TPAC season and is presented locally by Bank of America. Performance schedule, prices and cast are subject to change without notice. The Broadway season is supported by the HCA Foundation on behalf of HCA and the TriStar Family of Hospitals, and media sponsors for the season include NewsChannel 5 and The Tennessean. Institutional sponsors for TPAC include Nissan North America and Coca-Cola. TPAC is funded in part by support from the Tennessee Arts Commission and the Metropolitan Nashville Arts Commission. TPAC is an accessible facility that provides a variety of services including wheelchair accommodations, accessible parking, and assistive listening devices. Open captioning, American Sign Language, audio description, and large print and Braille programs are offered at the Sunday matinee performance of each Broadway series and Broadway special engagement.