Maddie & Tae host Disney Musicals in Schools celebration on May 14 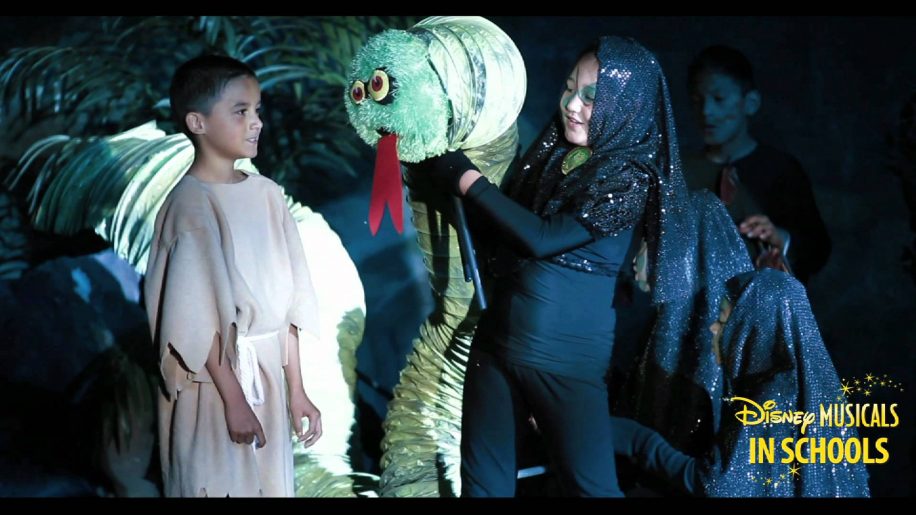 Students from a DMIS school performing "The Jungle Book"

The Disney Musicals in Schools “student share” celebration will be more magical than ever when Maddie & Tae, country music’s breakaway hit duo, host the special showcase event in TPAC’s Jackson Hall on Thursday, May 14.

Over the past year, more than 1,100 students from 20 Metro schools have been rehearsing and staging their own shows through TPAC’s Disney Musicals in Schools program, sponsored by the CMA Foundation.

The rapidly rising stars will interact with children from Metro Nashville Public Schools who will perform songs from their Disney musicals in full costume on the TPAC stage. The artists and representatives from the CMA Foundation, Disney, and TPAC will be available for interviews beginning at 10 a.m. and after the performance which begins at 10:30.

More than 300 children from the six schools in their first year of the program will perform at TPAC on May 14:

In 2011, Metro Nashville Public Schools was selected as the only school district outside of New York City to take part in Disney Musicals in Schools, in partnership with TPAC and Disney Theatrical Group. After two successful years in Nashville, the program was expanded nationwide. Support from the CMA Foundation helps to sustain and grow the program in Metro Schools.

About Maddie & Tae: The fastest-rising female act in eight years, Maddie & Tae boldly introduced their debut single “Girl In A Country Song,” earning a #1 at Country radio, GOLD-certification and over 20 million views on VEVO. They are only the third female duo to peak their debut single at #1 in the history of the Billboard Country Singles chart. The 19-year-olds from Texas and Oklahoma, respectively, reveal a gumption rarely seen in newcomers, receiving praise from NPR, Entertainment Weekly, The Washington Post and USA Today, and most recently topping Nashville Scene’s Annual Country Critics’ Poll for Single of The Year. With national television appearances on the Late Show with David Letterman and TODAY show under their belt, Maddie & Tae premiered their latest single, “Fly” on The Tonight Show Starring Jimmy Fallon. Both songs are featured on their upcoming album Start Here, which will be released Aug. 28 on Dot Records. The duo’s Grand Ole Opry debut earned kudos from Opry member Brad Paisley while CMT selected the pair for their Next Women of Country and Country Radio Seminar chose them for the 2015 New Faces class. On the heels of such success, Maddie & Tae continued their winning ways with their first-ever award nomination for Vocal Duo of the Year at the 50th Annual Academy of Country Music Awards. The girls also joined the Outnumber Hunger campaign– a partnership between General Mills, Feeding America and Big Machine Label Group that helps secure meals at local food banks nationwide for the one in six individuals in America who struggle. Maddie & Tae will hit the road this summer on the Dierks Bentley’s SOUNDS OF SUMMER TOUR. For the latest updates, visit MaddieandTae.com.