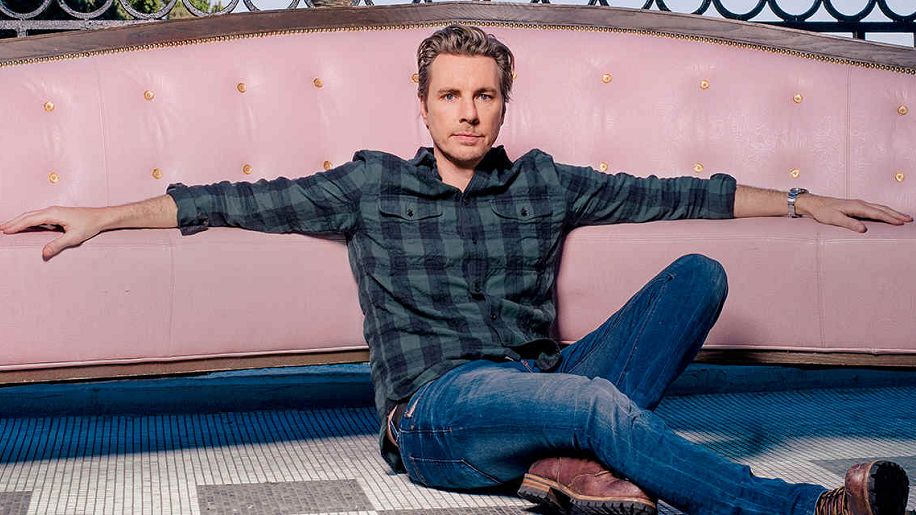 Dax Shepard has proven to be successful in the new media era as a producer and host of the podcast Armchair Expert – which has been adapted into a live stage version coming Nov. 2 to TPAC’s Jackson Hall.

No, you’re not getting Punk’d.

Some might say actor and director Dax Shepard has evolved since pranking celebrities opposite Ashton Kutcher in the popular MTV practical joke reality series.

Some, like his wife Kristen Bell, might say he hasn’t. But there’s no getting around the substance and sophistication he has achieved with his popular podcast series Armchair Expert, which has now been adapted into a live stage version coming for two performances Nov. 2 in TPAC’s Jackson Hall.

Shepard has been tickling the funny bones of audiences far and wide since the early 2000’s. An actor, comedian, writer and director, Dax is best known for his work in the feature films Employee of the Month (2006), Without a Paddle (2004), Let’s Go to Prison (2006), and Hit and Run (2012), the last of which he also wrote and directed.

He has portrayed the character of Crosby Braverman in the NBC comedy-drama series Parenthood from 2010 to 2015. Last seen in his Warner Brothers’ feature CHiPs which he wrote, directed and stars in, Shepard can currently be seen in Ted Melfi’s El Camino Christmas on Netflix. He just wrapped the ABC comedy pilot Bless This Mess which he stars and executive produces and is in production on the game show Spin the Wheel for ABC which he hosts.

Needless to say, Shepard’s a busy man. But he apparently still has time to create an award-winning podcast.

Shepard has proven to be successful in the new media era as a producer and host of the podcast Armchair Expert – which released its first episode in February 2018. Incorporating just the right amount of witty input provided by Emmy-nominated co-host Monica Padman, this unique podcast very successfully shines a light on the “messiness of being human.”

“I love talking to people. I am endlessly fascinated by the messiness of being human,” Shepard said in a statement. “I find people who are vulnerable and honest about their struggles and shortcomings to be incredibly sexy.”

These are not your typical interviews. Dax and Monica sit down with a special guest and discuss relevant, substantive topics — as Dax is super interested in the things not typically discussed in interviews. Dax does not want to hear about your awards. He doesn’t want to hear the same story you tell on the late night talk shows. He wants to hear about your failures, your weird families and what makes you, you. Because, as he says, it makes you relatable.

“I invite you to join me as I explore other people’s stories,” Shepard said. “We will celebrate, above all, the challenges and setbacks that ultimately lead to growth and betterment.”

It primarily takes place in a small attic where Shepard plants himself in an armchair (go figure) and guests sit opposite him on a couch, beside Padman. The show usually lasts one to one-and-a-half hours. There is also a unique “fact check” segment concluding each episode wherein Padman confirms if certain facts mentioned throughout the conversation are correct or not, usually after conducting research.

But the genuine curiosity and respect Shepard shows towards his guests as he delves deep into these conversations and debates, while still maintaining a light-hearted tone, are the qualities of him that make him a truly impressive interviewer.

“What qualifies me for such an endeavor?” Shepard asks. “More than a decade of sobriety, a degree in Anthropology and four years of improv training. I will attempt to discover human ‘truths’ without any laboratory work, clinical trials or data collection. I will be, in the great tradition of 16th-century scientists, an Armchair Expert.”

Tickets for both performances of Armchair Expert are on sale now at TPAC.org or by phone at 615-782-4040.