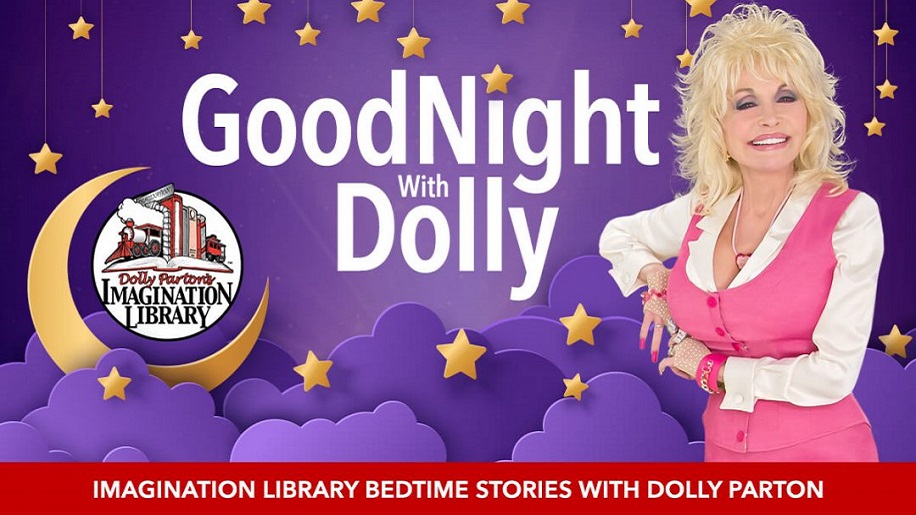 Who wouldn’t want a bedtime story from the Queen of Country?

Parents, are you tired from working nine to five? Need some reinforcements for family bedtime, of just to relax after a long day?

Dolly Parton, the nine-time Grammy Award winner and national treasure, will read bedtime stories to children in a new virtual series called “Goodnight with Dolly” to help families during the quarantine.

“This is something I have been wanting to do for quite a while, but the timing never felt quite right,” Parton said in a statement on the program’s website. “I think it is pretty clear that now is the time to share a story and to share some love.”

Launching April 2, the weekly read-aloud series’ first episode will feature “The Little Engine That Could,” Watty Piper’s classic tale of a determined little engine. According to Dolly’s website, the story has been a source of inspiration for Dolly. It is also the first book that all newly registered children in the United States and Canada receive when they sign up for Imagination Library.

“It is an honor for me to share the incredible talent of these authors and illustrators,” Parton’s statement continued. “They make us smile, they make us laugh and they make us think.”

Additional titles will include “There’s a Hole in the Log on the Bottom of the Lake” by Loren Long, “Llama Llama Red Pajama” by Anna Dewdney, “I Am a Rainbow” by Dolly Parton, “Pass It On” by Sophy Henn, “Stand Tall Molly Lou Mellon” by Patty Lovell, “Violet the Pilot” by Steve Breen, “Max & The Tag-Along Moon” by Floyd Cooper, “Last Stop on Market Street” by Matt de la Peña and “Coat of Many Colors” by Dolly Parton.

“Dolly hopes this series of stories will provide comfort and reassurance to coping kids and families during the shelter-in-place mandates,” according to the news release announcing the series.

In addition to the read-aloud stories by one of America’s most beloved Southern accents, there will be parent reading tips and activity sheets for kids for each session.

Parton’s story time will be streamed on Facebook every Thursday at 7:00 p.m. ET. The series is presented as a collaboration between Parton, Dollywood, Abramorama, and The Dollywood Foundation.