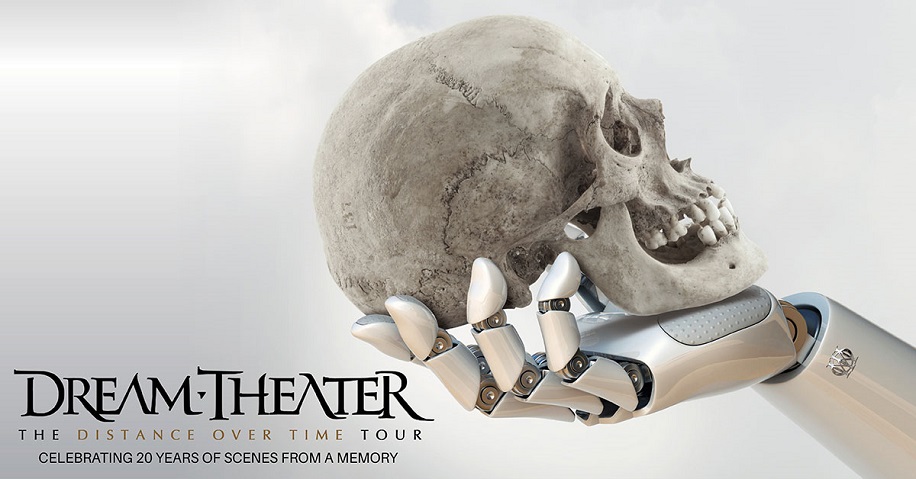 “Distance Over Time” showcases a newfound creativity for Dream Theater while maintaining the elements that have garnered them devoted fans around the globe. The album also marks the first for the band’s new label InsideOutMusic / Sony Music. In June 2018, Dream Theater secluded themselves in a private location in upstate New York to begin writing for the new record. While spending the summer living together in the property’s adjacent residence, the band spent their days and nights crafting the music that would make up the new album in the “Yonderbarn”; a beautiful and spacious barn that had been meticulously transformed into a state-of-the art film and recording studio. Following an intense & extremely productive period of group writing sessions and wanting to retain the magic that was captured in this scenic and inspiring location, they decided to record the album in the very room they had all convened to write together in.

“When I listen back to the album, I can distinctly recall every moment of the writing process; where I was standing in the room, what inspired us in that instant and the meaning behind each song. As a producer, my goal was to try and create the best-sounding Dream Theater record we’ve ever made so that listeners can just be enveloped in the music. I really wanted this recording to truly reflect the spirit, joy and passion that went into making the album and for people to walk away feeling some of the organic nature, personality and raw energy that the band captured while together in the studio. For me, I think it accomplishes that and I hope that other people will feel the same way,” explains John Petrucci.