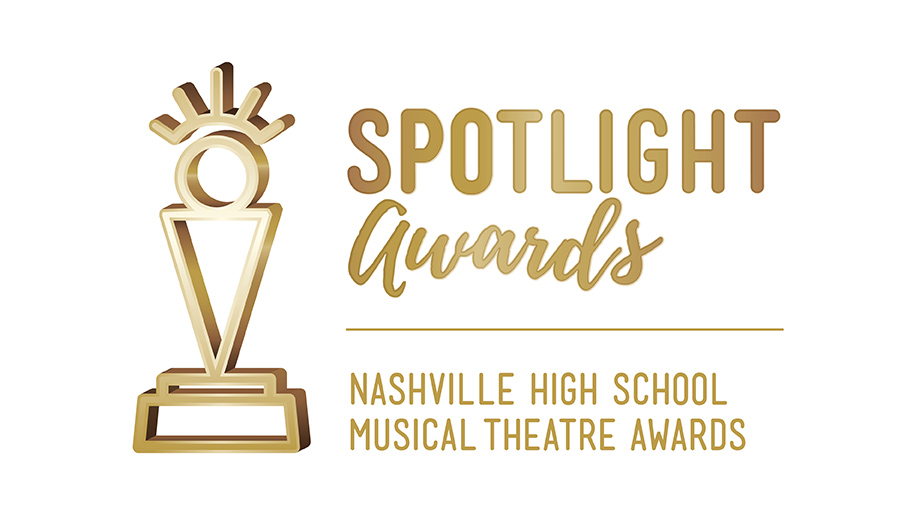 Erica Aubrey and Miles Aubrey, a Nashville-based couple with a broad range of Broadway, TV, film, and music credits, will lead a full day of performance workshops and serve as celebrity co-hosts for the Nashville High School Musical Theatre Awards, or Spotlight Awards, presented in partnership by TPAC and Lipscomb University on May 13.

Founded by Mike Fernandez, Dean of Lipscomb’s College of Entertainment & the Arts, to recognize excellence in local high school theatre, the awards program invites students and teachers to submit their performances and productions to be evaluated by members of the local theatre community, receive valuable feedback and compete for a variety of awards.

Students from these schools have been hard at work creating, rehearsing and performing their musical productions since October. A diverse group of adjudicators including Lipscomb faculty, TPAC staff and Nashville area theater professionals have attended performances and write evaluations with feedback for future improvement.

On May 13, the program will culminate on the Lipscomb campus with a full day of workshops, led by the Aubreys and others, on subjects like improv acting, dance, audition techniques, and more. That evening, TPAC will host the “Spotlight Awards,” a Tony Awards-style ceremony in Andrew Jackson Hall, where the top 10 schools will perform and students will be honored with a variety of awards. The ceremony will be available to the public with tickets on sale soon at TPAC.org.

“We are thrilled to have Miles and Erica Aubrey as our hosts this year. They bring a ton of professional and Broadway experience in musical theatre, vocal training, musicianship, and TV/film. One of the really great things about them is that they have followed their dreams and been successful both individually and together as a couple, and I think they will inspire the students in a way that they can see how to balance a career and family at the same time,” said Kari Smith, theater and dance instructor in Lipscomb University’s College of Entertainment & the Arts and director of the program. “Miles and Erica are multi-talented and have such incredible and inspiring resumes, but they are also so personable, down to earth, and encouraging. I believe the students are going to love working with them in the workshops, and I know we will all love seeing Miles and Erica perform together at the ceremony.”

This year, TPAC is bringing new resources and opportunities to the program, helping it to grow in scope and impact with the help of TPAC staff and its connections to the Broadway industry.

One of TPAC’s most significant contributions is its connection to The Broadway League, which will allow the two students receiving the Best Male Actor and Best Female Actor awards to travel to New York and participate in The Jimmy Awards (JimmyAwards.com) on June 26, 2017. Named in honor of legendary Broadway theater owner and producer, James M. Nederlander, the 10-day program celebrates the most talented high school actors from across the nation.

Erica Aubrey holds a Master of Arts in Vocal Performance with an emphasis in musical theatre from New York University. Aubrey spent the last decade working as a professional actress in New York. Most recently, she performed the role of Mrs. Newton in the Chicago-based Broadway tryout of “Amazing Grace,” directed by Gabriel Barre and choreographed by Tony Award winner Christopher Gatelli. She was the standby for Tony Award winner Kelli O’Hara in “Far From Heaven” at the prestigious Playwrights Horizons, directed by three-time Tony nominee Michael Greif. She performed alongside Tony Award winner Kristin Chenoweth in “Music in the Air” at the New York City Center Encores! series, and has performed principal roles in equity theaters across the country, including the Ryman Auditorium, Casa Mañana, Theatre Aspen, Gateway Playhouse, American Folklore Theater, Ogunquit Playhouse, Merry-Go-Round Playhouse, Flat Rock Playhouse, and New York Stage and Film. Notably, she played Shelby in “The Spitfire Grill” in the 10th Anniversary production directed by the show’s composer, James Valcq, and played Judy Bernly in the first regional premiere of “9 to 5: The Musical” starring Sally Struthers. While in New York, she took part in numerous readings and workshops of new musicals, including “Moonshine: That Hee-Haw Musical,” co-written by Grammy Award-nominated and Warner Brothers Nashville recording artist, Brandy Clark. Aubrey has appeared on “The Late Show with David Letterman” as a back-up singer for Clark and also has worked as a back-up singer for the jam band Phish, performing in sold-out concerts at Madison Square Garden. She has performed in concerts with and on recordings for composers Alan Menken, Craig Carnelia, Stephen Schwartz, and Adam Gwon. She is the voice of Lucille in the MTI cast recording of “Junie B Jones The Musical,” which was released on iTunes and Amazon in January 2017. In Nashville, she remains active as an actress, session singer and voice-over artist, and recently took part in a staged reading of the new musical “Part of the Plan,” co-produced by KSquared Entertainment and the Tennessee Performing Arts Center. She is working on a solo album and can be seen on Season One of the Netflix/Marvel Comic series “A.K.A. Jessica Jones.”