From Hansen to Hobart: Ben Platt releases EP from Netflix series ‘The Politician’ 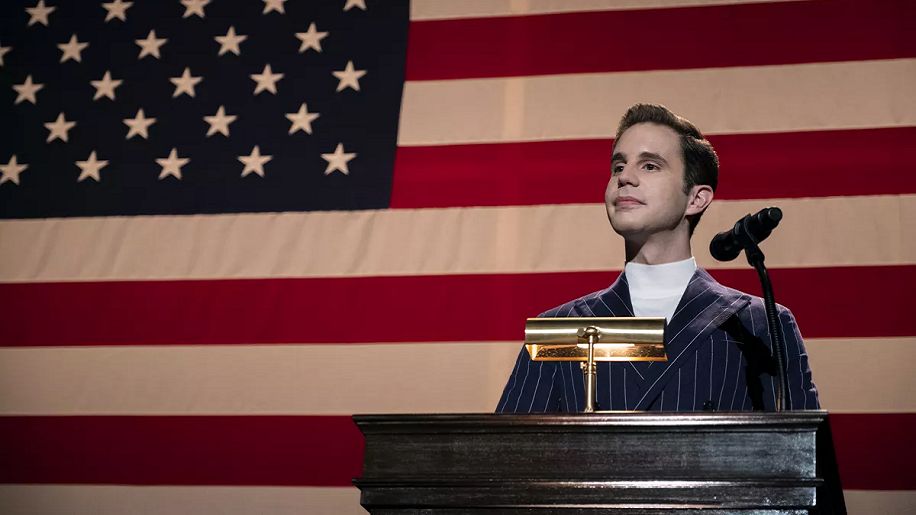 From playing Evan Hanson to playing Payton Hobart, Ben Platt’s transition from the Broadway stage to the world’s largest streaming platform seems like everything else he does — effortless.

Now, the Grammy, Tony and Emmy-winning triple threat has announced the release of his new EP Music from the Netflix Original series The Politician, available today via Atlantic Records on all streaming services.

The EP showcases four tracks featured in the acclaimed new series, “The Politician,” and includes new renditions of Joni Mitchell’s River, Billy Joel’s Vienna and Stephen Sondheim’s Unworthy of Your Love (performed as a duet by Platt and his co-star Zoey Deutch). The final track is Platt’s own Run Away from his debut album Sing to Me Instead.

Everyone who knows Ryan Murphy (creator of “Glee” and “American Horror Story”), knows he loves a good musical moment. Such is certainly true of his current co-creation for Netflix, “The Politician,” which first aired Sep. 27.

The plot centers around overachieving high school student Payton Hobart (Platt) who wants to be student body president — and eventually actual President — at all costs. His tightly wound ambition and meticulously planned character arc mixed with Platt’s extensive Broadway chops (from shows like Dear Evan Hansen and Book of Mormon) makes this show sort of a musical, in its own way.

The show uses real songs, both instrumental and otherwise, as well as Platt performances interwoven into the plot in a memorable fashion. Executive produced by Platt, Gwyneth Paltrow and Alexis Martin Woodall, “The Politician” explores sexual and racial politics through the lens of Payton Hobart’s privileged peers.

Platt has been heralding Music from the Netflix Original series The Politician with a series of high-profile TV appearances, including CBS’s The Late Late Show with James Corden, NBC’s The Tonight Show Starring Jimmy Fallon, TODAY and the nationally syndicated Kelly Clarkson Show — which resulted in a duet rendition of Bob Dylan’s Make You Feel My Love with Clarkson.

Platt also recently marked a career milestone with a sold-out headline concert at New York City’s legendary Radio City Music Hall, which was also filmed for a Netflix concert special to air at a later date. The show followed Platt’s performance alongside such superstars as Queen + Adam Lambert, Pharrell Williams, Alicia Keys, OneRepublic, H.E.R. and Carole King for the annual Global Citizen Festival 2019 in New York City’s Central Park — as well as a performance at the US Open Opening Night Ceremony.

The winner of the 2017 Tony® Award for Best Leading Actor in a Musical for his performance as Evan Hansen in the smash hit, Dear Evan Hansen, Platt also received a GRAMMY® Award for his role on the Dear Evan Hansen (Original Broadway Cast Recording) and a 2018 Daytime Emmy Award for his part in the cast’s powerful performance of “You Will Be Found” on NBC’s TODAY. His rapidly growing body of work also includes memorable roles in the TONY® Award-winning original Broadway production of The Book of Mormon and the blockbuster films, Pitch Perfect and Pitch Perfect 2, amongst many others. Recently, Platt starred in Run This Town, which premiered at SXSW Film Festival. He is currently filming “Merrily We Roll Along,” starring alongside Beanie Feldstein. Directed by Richard Linklater, the project will film a span of 18 years.

Check out Ben Platt’s Music from the Netflix Original series The Politician below: