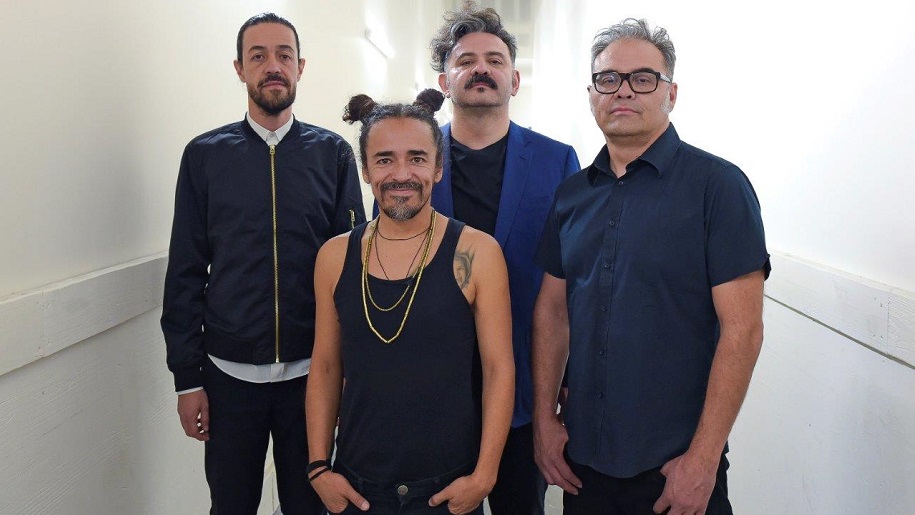 Café Tacvba, Mexico’s leading alternative rock band will take the stage for a one-night engagement on October 3 at War Memorial Auditorium. Café Tacvba is widely recognized as one of the most influential alternative groups to come out of Latin America, spearheading a non-conformist musical movement with their blending of elements such as rock, indigenous folk, electronic and punk music. With a career spanning over 25 years, they continue to expand an already massive audience of devoted fans worldwide.

Starting out in the ‘80s as a garage band of graphic design students in the northern Mexico City suburb of Satélite, the band took the name Cafe Tacuba which they later changed to Café Tacvba in 1989, when they solidified the lineup as lead singer Rubén Albarrán, guitarist José “Joselo” Alfredo Rangel, bassist Enrique “Quique” Rangel and keyboardist Emmanuel “Meme” del Real.

Café Tacvba won a Grammy for Best Latin Rock/Alternative Album and multiple Latin Grammys for Best Alternative Album, Best Rock Song, and Best Latin Album of the Year. Their album, “Re,” was named the Number One Latin Rock Album of All Time by Rolling Stone in 2013. They have also won multiple MTV Viewer’s Choice awards as well as been recognized with the Icon La Music award of the Latin Songwriters Hall of Fame.