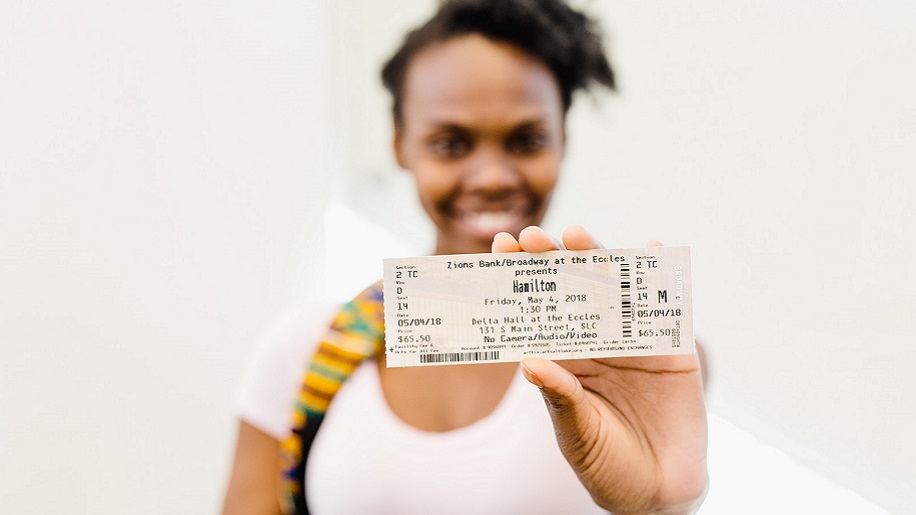 The musical has done the seemingly impossible — made both theater and history cool to high schoolers.

Thousands of high schoolers not throwing away their shot to see ‘Hamilton.’

A few years ago, the “H-word” meant very little to the average American pupil (other than it being a name they were forced to learn for history exams).

That’s certainly not the case today, with Lin-Manuel Miranda’s magnum opus putting that name up in lights — making it synonymous with Broadway, rap music and the “hottest ticket” in each town it visits.

Being a musical about our Founding Fathers, Hamilton bubbles with unique educational opportunities for students. But organizers behind the decade-defining musical playing at TPAC through Jan. 19 decided it wasn’t good enough to simply go to classrooms and babble on about the Revolutionary War.

Instead, kids get to create and perform their own history-themed performance projects through the Hamilton Education Program (or “EduHam” for short).

Students cheer on their peers at EduHam in Seattle before the show.

The program started with Hamilton: An American Musical on Broadway giving kids from Title I high schools the opportunity to not only see the groundbreaking show, but connect with its story on a deeper level as well.

“This is a once in a lifetime opportunity,” Leander says “Bringing the stage closer to us to experience such a huge show even though we’re in high school is unbelievable.”

With Nashville marking its 25th participating city, Eduham at TPAC is set to take the program to over 155,000 students served nationwide.

EduHam is one of a number of educational history programs offered through the Gilder Lehrman Institute of American History, whose president James G. Basker started with Hamilton creator and producer Lin-Manuel Miranda and Jeffrey Seller, respectively, as well as the Rockefeller Foundation.

“Our goal is to ensure students have a shot to see Hamilton and use its words, music and staging to further their understanding and enjoyment of American history, music, and drama,” says Hamilton producer Jeffrey Seller.

Students get to talk to the cast of ‘Hamilton’ at the Paramount Theatre in Seattle, WA.

Participating students from 38 high schools spent several weeks studying American history — specifically the era of Alexander Hamilton and the Founding Fathers — and integrating what they’ve learned into a musical/artistic format.

On Jan. 16, thousands of students not only get a chance to see the musical, but they also get to ask the cast questions during a personalized talkback. In addition, selected students get to perform their own artistic projects on the big stage for a special showcase. They get to sing, dance, rap and strum their hearts out as they make history come alive in front of a crowd of their peers on the Hamilton stage.

“You have to create a piece of art, write a little bit about it, explain why it’s important to you, and your personal inspiration behind it,” says John Overton High School student Zoe Newcomb.

JOHS theatre teacher (and director of the 31-member ‘Bobcat Players’) Gina Kelley reminds us why this education program is truly a miracle — it has made both theatre and history cool to high schoolers.

Selected students get to perform their own written pieces on the ‘Hamilton’ stage.

“The most amazing thing about the program is it takes kids from a space where they’re reading about history on a page and then all of a sudden they get to see it all right in front of them,” Kelley explains. “They get to see that human emotion, and then you add in the beats and the spoken word. It just sucks them right in.”

Overton student Mateen Hasan will be one of the selected young artists performing an original piece on the Jackson Hall stage for Nashville’s EduHam.

“They told me this morning that I’ll be performing a song I wrote on stage at EduHam,” Hasan says. “There’s definitely a little pressure, but I can’t wait to get on stage and see the cast perspective, experience what they experience and see what they see.”