Home > ‘Hamilton’ original Broadway cast: Where are they now?

‘Hamilton’ original Broadway cast: Where are they now? 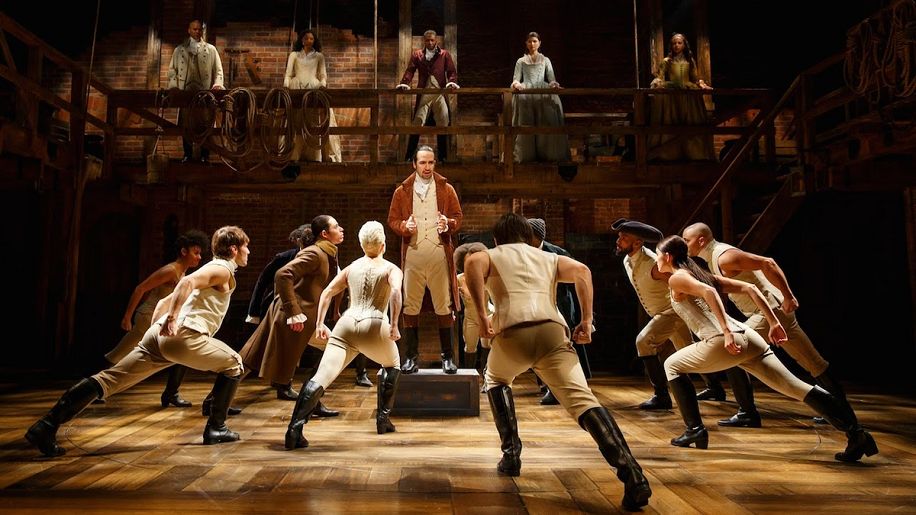 With ‘Hamilton’ running at TPAC through Jan. 19, let’s take a look at the actors who started it all. 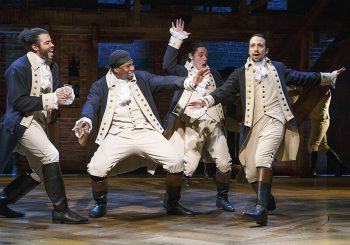 With a long-standing residency at the Richard Rodgers Theatre in New York City, multiple national tours, a West End production and upcoming productions in Germany and Australia, Lin-Manuel Miranda’s magnum opus Hamilton has become a cultural behemoth to theater and non-theater fans alike.

Blending hip hop with musical theater and featuring a cast composed almost entirely of performers of color, Hamilton: An American Musical made rapid waves when it premiered at The Public Theater and moved onto Broadway in 2015.

The original actors most certainly didn’t throw away their shot. The Broadway cast blended big names with rising talent, catapulting the professional trajectories of literally everyone involved.

So without adieu, here’s a list of what they’ve been up to since hanging up their breeches and corsets: 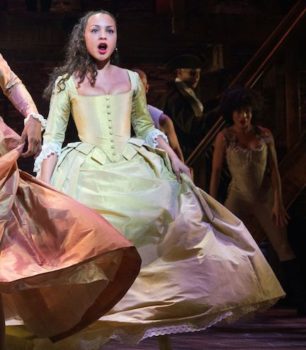 Hamilton kicked off Jasmine Cephus Jones’ career, who originated the dual roles of Peggy Schuyler and Maria Reynolds in the Off-Broadway version.

She remained in the cast in those roles for the Broadway version and stuck with the show until December 2016. Jasmine sang America The Beautiful with her original ‘Schuyler Sisters’ co-stars on the field before Super Bowl LI.

While she has yet to return to the stage, she’s built a pretty prolific film resume.

In 2018, she starred as Ashley in the critically acclaimed Blindspotting. She’s appeared in other movies like Monsters and Men and Dog Days. She’s also made some television appearances in HBO’s GIRLS and CBS’ Blue Bloods and Unforgettable. 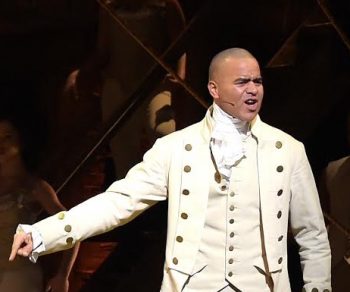 Christopher Jackson is a Broadway veteran. He made his debut in 1997 with The Lion King, eventually earning the leading role of Simba.

He proceeded to star in numerous productions (including In the Heights) before originating the role of George Washington in Hamilton. Jackson finished his run in November 2016, as he began starring as Chuck Palmer in CBS’ Bull — a courtroom drama about a jury consulting firm.

Jackson clearly thrives on pride rock because he provided voices on Disney’s The Lion Guard, a cartoon based on The Lion King, in 2019. Jackson has also been featured on Sesame Street, Nurse Jackie, Gossip Girl and The Good Wife, as well as the 2016 animated feature film Moana. 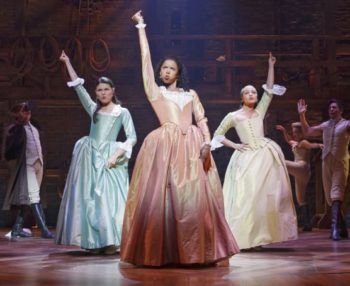 Renee Elise Goldsberry is another Broadway regular, having appeared in various notable productions like The Color People, Rent and The Lion King.

In 2015, the originated the role of Angelica Schuyler in Hamilton and a Tony Award for Best Featured Actress in a Musical before retiring from the show in September of 2016.

Since that time, Goldsberry has appeared in an episode of Netflix’s The Get Down and starred in Altered Carbon.

Other television appearances include Law & Order: SVU, HBO’s Masters of Sex and The Good Wife as Geneva Pine.

She also played opposite Jack Black in Eli Roth’s 2018 fantasy The House with a Clock in Its Walls. 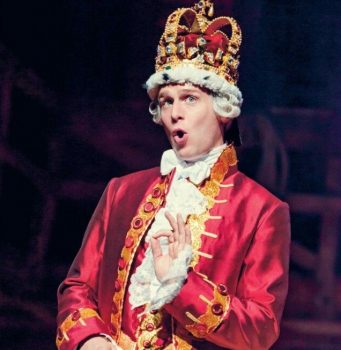 Jonathan Groff is arguably the most recognizable actor from Hamilton.

He’s a two-time Tony-nominated Broadway actor for his performances as Melchior in Spring Awakening and King George III in Hamilton.

Since his Hamilton days, Groff has enjoyed success in both television and film. He famously starred as Holden ford in the popular Netflix series Mindhunter and is set to reprise his role as Kristoff in Frozen II.

Other television appearances by Groff have included Glee, The Good Wife and The Simpsons. He also has landed a currently unannounced role in the highly anticipated 2022 film The Matrix 4. 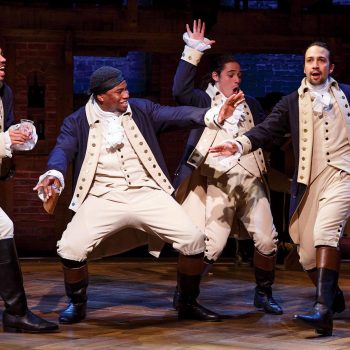 Okieriete Onaodowan was an experienced stage actor before originating the dual roles of Hercules Mulligan and James Madison in Hamilton in 2015.

The roles earned Onaodowan national attention, including a placement on Forbes’ 30 under 30 Hollywood & Entertainment list in 2016.

In July 2017, he replaced Josh Groban as Pierre in the Imperial Theatre’s production of Natasha, Pierre, and the Great Comet of 1812.The following March, he starred as firefighter Dean Miller on ABC’s Station 19 — a spinoff of Grey’s Anatomy (which has been renewed for a second season).

Other notable television appearances include Law & Order: SVU, Girls, Blue Bloods and The Get Down. 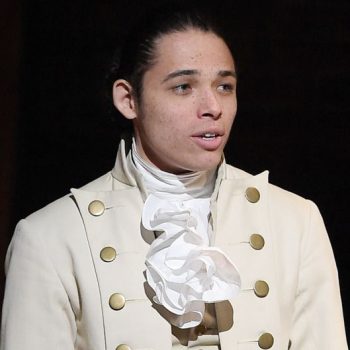 Anthony Ramos originally planned to be a professional baseball player before falling in love with acting while attending New York’s American Musical and Dramatic Academy.

He graduated from the school in 2011 and immediately toured with various productions which included regional versions of Grease and In the Heights. In 2014, he auditioned for Hamilton and subsequently originated the roles of John Laurens and Phillip Hamilton.

Since then, he’s starred in Netflix’s She’s Gotta Have It and Bradley Cooper’s critically acclaimed directorial debut A Star is Born. He appeared in the 2019’s Godzilla: King of the Monsters and is set to be featured in 2020’s Trolls World Tour and Lin-Manuel Miranda’s film version of In the Heights.

Not bad for a guy fresh out of college. 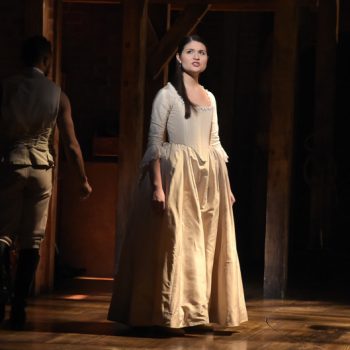 After graduating from Julliard University in 2012, Soo was cast as Natasha in an Off-Broadway production of Natasha, Pierre, and the Great Comet of 1812.

It was here where Thomas Kail and Lin Manuel Miranda noticed the young, talented actress and asked her to read for Hamilton. She subsequently originated the role of Eliza Schuyler Hamilton — earning a Tony nomination for her work.

Soo has remained incredibly busy since leaving Hamilton in July of 2016, starring in Broadway productions of Amélie and The Parisian Woman. Her voice was also featured in the 2016 Disney film Moana.

Soo became engaged to actor Steven Pasquale in 2016. The two tied the knot in Sep. of 2017 and starred opposite each other in an episode of The Code on CBS. 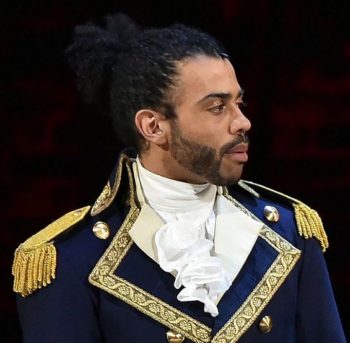 Daveed Diggs performed in various regional Shakespeare productions before Lin-Manuel Miranda approached him and asked him to read and listen to early versions of what would become Hamilton.

He would later originate the roles of Marquis de Lafayette and Thomas Jefferson, for which earned a Tony Award for Best Featured Actor in a Musical.

Since leaving Hamilton in 2016, Diggs has starred in the television shows The Get Down, Unbreakable Kimmy Schmidt and Black-ish. He also wrote, produced and starred in Blindspotting — which garnered high acclaim from critics with a 93 percent rating on the website Rotten Tomatoes 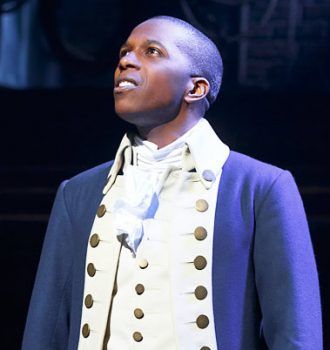 Leslie Odom Jr. made his Broadway debut when he was just 17 years old, appearing as Paul in Rent.

He later worked alongside Lin-Manuel Miranda during a production of the play Tick, Tick… Boom! before starring alongside him in Hamilton as Aaron Burr. The role earned him critical acclaim, including a Tony Award for Best Actor in a Musical.

Since leaving the show, Odom Jr. has released a Jazz Christmas album and starred in Murder on the Orient Express. He also released a book in March 2018 titled Failing Up: How To Take Risks, Aim Higher and Never Stop Learning, a self-help book inspired by his own professional experience.

He has made guest appearances on several shows including Gilmore Girls, Grey’s Anatomy, Supernatural and The Good Wife. In Feb. 2018, Odom sang “America the Beautiful” during the NBC broadcast of Super Bowl LII. 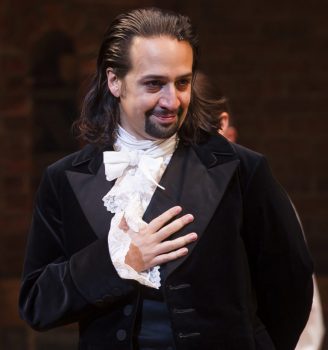 Composer, lyricist, singer, actor, producer, and playwright Lin-Manuel Miranda’s career absolutely exploded after the success of Hamilton. I guess that’s what writing and starring in one of the most popular musicals of all time will do for you.

He starred alongside Emily Blunt in Mary Poppins Returns and was a special featured composer for both Star wars: The Force Awakens and Star Wars: The Rise of Skywalker.

His television appearances have included How I Met Your Mother, Curb Your Enthusiasm, Brooklyn Nine-Nine, Fosse/Verdon and HBO’s His Dark Materials.

He’s co-producing and composing the music for the upcoming live action adaptation of The Little Mermaid. Miranda’s also writing all the songs for Sony’s 2020 animated film Vivo and set to make his directorial debut with a film adaptation of Tick, Tick… Boom!

That isn’t the only musical Miranda is adapting for the big screen. He’s also producer and composer for the 2020 film adaptation of In the Heights — a play he wrote in 1999 his freshman year of college.