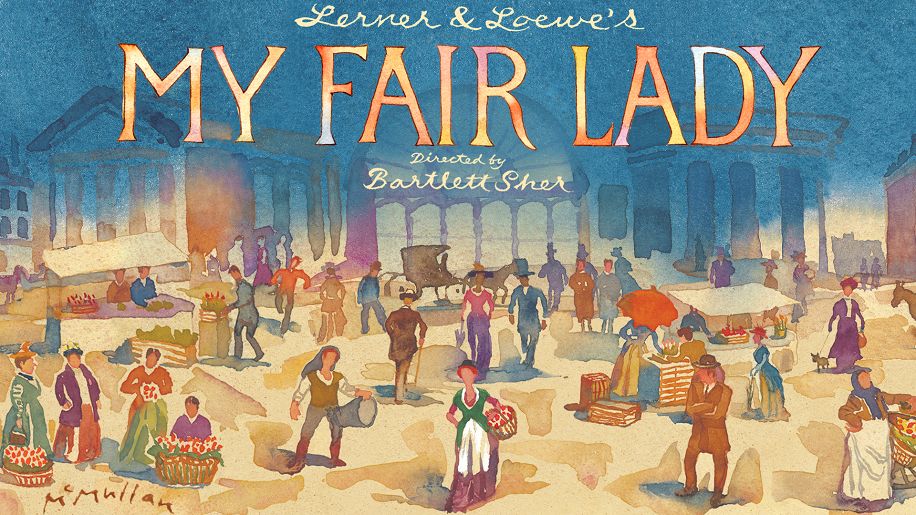 Before Eliza Doolittle tells TPAC all about the “Rain in Spain” in this Tony Award-winning revival Feb. 4-9, see what inspired it all.

Many are unaware that My Fair Lady is actually a musical adaptation of George Bernard Shaw’s play Pygmalion, which itself is an adaptation of an ancient Greek myth.

In the original story, Pygmalion is a sculptor who falls in love with a statue he has made and, when he kisses her, she comes to life. Shaw adapted this into a play in 1912 and modernized the story. Shaw set his play in the London of his time and created and developed Eliza Doolittle, Henry Higgins and many of the other characters we see in My Fair Lady.

In fact, several great musical theater writers tried their hand at an adaptation of Pygmalion before, including Cole Porter and Rodgers and Hammerstein, but they had a hard time musicalizing it. Shaw himself famously said he didn’t believe his play could be adapted into a musical. In 1952, however, a producer named Gabriel Pascal approached Alan Jay Lerner and Frederick Loewe about taking on the project.

At first, Lerner and Loewe struggled, just as previous songwriting teams had before them. There was no subplot or romance in the play and no chorus, and the team felt that these elements were necessary for the kind of musical they wanted to write. They gave up on the project after just six months but, in 1954, Lerner came across Pascal’s obituary and began thinking about Pygmalion again.

The team began by coming up with song titles and then writing the show song by song. They kept the characters and the basic plot and added a chorus and various locations to expand the world of the show from an intimate play into a sprawling musical. Before they had finished the first draft, they brought in a director and some of the actors, including Rex Harrison and Julie Andrews.

These collaborators helped inspire changes to the score, and they opened My Fair Lady to a captivated audience in New Haven, Connecticut in 1956. They continued to make changes as the show ran in Connecticut and then in Philadelphia. When it opened on Broadway later that year, My Fair Lady was an immediate smash hit. It ran for 2,717 performances and is still produced all over the world.

The classic score features “I Could Have Danced All Night,” “The Rain in Spain,” “Wouldn’t It Be Loverly” and “On the Street Where You Live.” The original 1956 production won six Tony Awards including Best Musical, and was hailed by The New York Times as “one of the best musicals of the century.”

Over the course of their career together, Lerner and Loewe won many awards for their work in musical theater, including three Tony Awards, two Golden Globes, three Academy Awards, two awards from the New York Drama Critics’ Circle and a lifetime achievement recognition in the form of the Kennedy Center Honors.

Lerner and Loewe wrote together in a very specific way. They would write a detailed outline of the scenes together. Next, Lerner would write a title and an outline of song moments. Loewe would then write the melody, and Lerner would begin work on the lyrics. They wrote this way, song by song, until the entire score was complete.

Alan Jay Lerner married eight times and had four children. He struggled with addiction and financial woes, but his work in theater and film was critically acclaimed for four decades. Frederick Loewe, who went by Fritz, was inducted into the Songwriters Hall of Fame in 1972.

Lerner and Loewe were very good friends in addition to being professional collaborators. Loewe retired after writing Camelot, but Lerner continued working with other composers until Loewe came out of retirement to do further work on the musical film Gigi (1973) and to write The Little Prince (1974).