Interview with director of ‘Rock of Ages’, Martha Banta 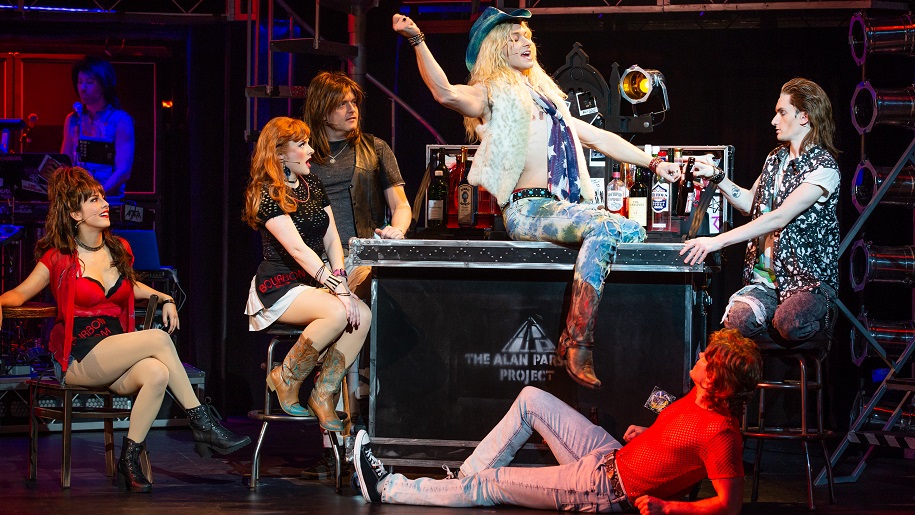 The cast of the ROCK OF AGES National Tour. Photo: Jeremy Daniel

When Rock of Ages arrives at TPAC on April 12, audiences will experience a whole new version of the dynamic musical. For its 10th anniversary tour, Martha Banta, the show’s director, is promising theatrics, surprises and of course, “a rock n’ roll good time.”

“This is a new production of it. It’s not a remount of what was already done,” says Banta.

Rock of Ages captures the iconic era of 1980s Hollywood and takes audiences to the legendary Sunset Strip where larger-than-life characters line up to turn their fantasies into reality. These Hollywood legends and dreamers collide in an epic crusade to save the Bourbon Room from demolition.

“It’s just that kind of Hollywood dream. So, it’s sweet and truthful,” says Banta. “You know, so as cheeky as it might be, you still can feel for the story is and what the characters go through.”

For Banta, the heart of the show is its emotional core, the dreams of the characters and the way audiences want to root for them. Rock of Ages puts a light touch on this almost universal experience of dreaming and passion while bringing surprises and changes along the way.

Rock of Ages features favorite classic rock hits, including music from Styx, Poison, Twisted Sister, and Whitesnake among many others. It tells the story of an era using the music of that time.

“I was in high school and college from ’80 to ’88, so it was the music I was listening to. So, the nostalgia of that is for me, too. I just love it. I think that’s why a lot of people do, too. Even if it wasn’t your thing, you can feel it, you can recognize it,” says Banta.

The 10th anniversary tour is currently blazing across North America promising a party and a good time, which is the main purpose of the show for Banta.

“One of the people at the booking company said when she was calling and talking to theatres, they would say ‘do you have anything that’s just a good time? That just could be fun? Because we all need that these days.’ And I think that’s what’s so great about Rock of Ages, you really just get to have fun and you don’t have to worry about anything.”