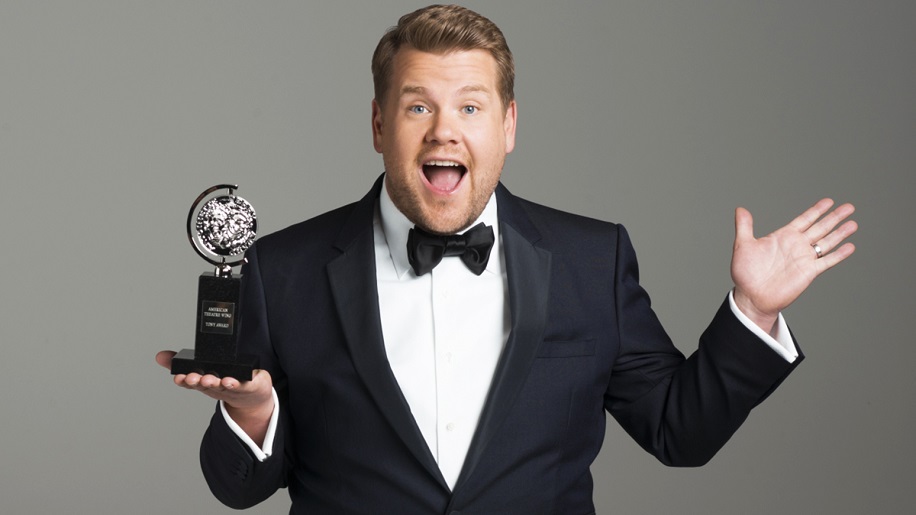 This marks Corden’s second time hosting The Tony Awards. He previously hosted the 70th Annual Tony Awards in 2016, which won the Emmy Award for Outstanding Special Class Program. Corden also won a Tony Award as Best Performance by a Leading Actor in a Play for his 2012 performance in One Man, Two Guvnors.

“I’m thrilled to be returning to host the Tony Awards. The Broadway community is very dear to my heart and I’m beyond proud to be part of this incredibly special night,” said Corden.

“James is not only a beloved talent, he is also a veteran of the stage and has a true passion for Broadway,” said Charlotte St. Martin, President of The Broadway League, and Heather Hitchens, President of the American Theatre Wing, in a statement. “We cannot wait to see what he has in store for us this year at the Tony Awards!”

“We are thrilled to have the one and only James Corden return to host his second Tony Awards,” said Jack Sussman, Executive Vice President, Specials, Music and Live Events, CBS Entertainment. “James is the ultimate master of ceremonies to lead a night of live event television, celebrating live theatre. He is an incredibly charming host, brilliant performer and fearless on stage – with James, anything can happen, and probably will!”

James Corden is an Emmy Award-winning, multifaceted performer, host, writer and producer with accomplishments that span television, theatre, film and comedy. Individually, Corden has won seven Emmy Awards, for his work on “The Late Late Show,” the “Carpool Karaoke” series for Apple Music, and “The 70th Annual Tony Awards.” Since he took over as host of “The Late Late Show” on March 23, 2015, the show itself has won five Emmys, a Critic’s Choice Award for Best Talk Show, has achieved its highest ratings since the show’s inception in 1995, and has become known for Corden’s groundbreaking videos and sketches, including the viral segments “Carpool Karaoke,” “Crosswalk the Musical,” “Drop the Mic” and “Spill Your Guts or Fill Your Guts.” Additionally, Corden hosted the Grammy Awards in 2017 and 2018. Also, he won the Tony Award for Best Performance by a Leading Actor in a Play for his performance in One Man, Two Guvnors in 2012.

Nominations for the 2019 Tony Awards will be announced live from The New York Public Library for the Performing Arts at Lincoln Center on April 30, 2019. This year the honor of revealing the list of nominees will go to a pair of Broadway veterans—two of the Great White Way’s brightest stars. Two-time past Tony-nominee Brandon Victor Dixon and two-time Tony-winner Bebe Neuwirth will take to the podium and end the suspense.

The 2019 Tony Awards Nominations Announcement will take place on Tuesday, April 30 at 8:30 a.m. ET. You’ll be able to watch the event via Facebook LIVE on our Facebook page. CBS This Morning will also cover the announcement.