John Leguizamo on comedy, fatherhood, and ‘Latin History’ ahead of his one-man show Nov. 15 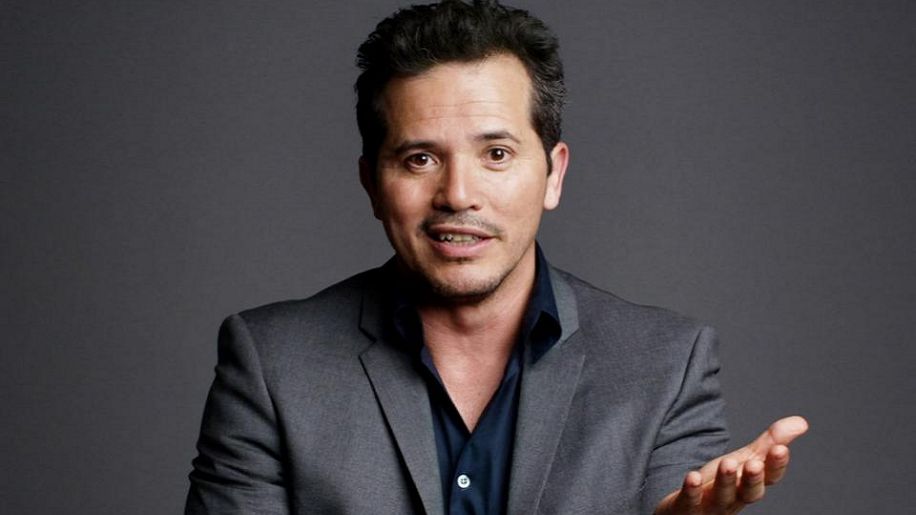 An American actor, voice artist, comedian, producer, playwright and screenwriter, John Leguizamo has made a career with his feisty fast-talk and frantic energy.

It’s hard to believe he was “Luigi” in 1993’s Super Mario Bros, “Sid the Sloth” in the animated Ice Age films and “Toulouse” in Moulin Rouge! Even alongside Keanu Reeves in the John Wick franchise, Leguizamo’s performances have evolved to feature much more sentiment. Perhaps the change is a byproduct of being a dad.

Now in his mid-50s, Leguizamo brings his acclaimed one-man show, Latin History for Morons — a raucous, non-stop ride through the revolutionary heaps of Latin history — to TPAC’s Jackson Hall Nov. 15.

After realizing the lack of Latino presence in his son’s history books, Leguizamo was inspired to do his own research and fill in the historical gaps through the best medium he knows — comedy. He bestows bits of his recent self-education through witty impressionism, while still paying homage to the positive and crucial elements of Latin American history that have been forgotten.

TPAC Arts Writer Michael Aldrich recently had the chance to chat with John about comedy, fatherhood and his professional journey ahead of his Nashville visit.

MA: You have Columbian heritage, family in Puerto Rico and grew up in Queens’ Jackson Heights neighborhood with a front row seat to how the history books get “Americanized.” With that unique perspective, what does it mean for you to tell this story now in ‘Latin history for Morons’, and fill in these gaps in the history books?

John Leguizamo: I feel like I’m in such a privileged place, so it’s my turn to give back. That’s why my show is a call-to-action. I want everyone walking out of the theater being able to be little soldiers and disseminate this information around the country and around the world about how America wouldn’t be America without us; that you can’t take away our ‘American-ness’; and you can’t ‘un-Americanize’ Latin people — because we helped make this country.

MA: I know this may be the billionth time you’ve been asked this, but why comedy for you? How did you get into it as a young Latino growing up in Queens? And what role has it played in your life since?

JL: Well, obviously comedy was just something that I loved and that was kind of my defense mechanism. Coming from my neighborhood and my family life, it was kind of rough on both sides. Comedy made me friends, and protected me from all the bullies. It was a survival skill that I was able to flip somehow into an ability — and then a career. It sort of became my superpower.

MA: Let’s talk about your evolution as an artist. I know as a 30-year-old myself; I’ve sort of grown up with you — all the way back with ‘Luigi’ in Super Mario Bros, ‘Taloose’ in Moulin Rouge and all of your TV spots. From my perspective, you’ve certainly had no problem getting gigs. So I guess, talk a little about that journey, specifically in getting to this place where you can express yourself in ways that are meaningful to you personally?

JL: I love doing my theater because it is the most intimate I can be with an audience member. It’s unfiltered, it’s raw, it’s unplugged, and I can just be me. The audience gets everything undiluted, and it’s thrilling as ****. Some gigs I take to pay the bills, some I definitely just do for the art of it, because I still love art films. But it’s still ‘Hollywouldn’t’ — no matter what you say.

Less than 3% of the faces in front of and behind the camera are Latinx, and we’re 50% of the population in Los Angeles. That’s cultural apartheid. I mean we’re 20% of the population and we buy 25% of the US box office, so that needs to be fixed. That’s why we don’t have as many people at the Oscars, because they’re not writing those bigger roles for Latin people, which they need to do.

MA: So, as a recent father myself, it’s truly starting to sink in how literally everything I do is for my little one, and I hear the origins of Latin History for Morons are no different, with this sort of all starting with the lack of Latin historical presence in your child’s education. Talk a little bit about how you not only balance being an actor, comedian, playwright, etc. with being a dad, but also how you’ve let it inspire your work.

JL: First off, congratulations, and absolutely, you’re right on the money. The genesis of this show was my son was being picked on at school, profiled or whatnot. And I was like, ‘nah, man. I gotta flip that script. instead of being persecuted because of it, I’m going to weaponize my son’s background and get him Latin facts, Latin heroes and Latin stats.’

Then, I look at 8th grade history textbook and there’s nothing, man. Not one mention. Not one name. So, I started doing research and then boom — I find this plethora, man. The floodgates opened up — book after book, website after website. Our contributions into making America our enormous and absolutely impossible to deny.

“I feel like we Latinx people created America,” Leguizamo said.

Let me break it down for you. We’re the only ethnic group that’s fought in every war America’s ever had, we’re the most decorated minority in ever single one of those wars. We’re the second oldest ethnic group in America after Native Americans. We didn’t just get here.

You know 10,000 unknown Latino patriots fought in the American Revolution, and 20,000 fought in the Civil War. And we had all kinds of officers in both wars. We had Puerto Rican Lieutenant Augusto Rodríguez in the Civil War. We had General Bernardo de Gálvez who had an army of 3,000 Puerto Ricans, Cubans, Mexicans and freed slaves and they kicked the British all out of the South. He was like the George Washington of the South.

And WWI and WWII, I mean 120,000 of us fought in the first world war. We had all these massive heroes like Marcelino Serna, who captured 24 Germans while being shot at and injured and got a Purple Heart. And Nicholas Lucero, who destroyed two German machine gun nests and maintaining constant fire on the Germans for three hours.

MA: Obviously, this is all such substantive and important information that needs to be spread, but for you as a comedian, do you find it difficult to filter this information through a comedic lens and make it funny, or is it just second nature to you?

MA: Just like you’ve done with comedy shows in your past, you do a lot of impressions in this one: your wife, your therapist, your daughter. What do they think of these impressions?

MA: What role did impressionism have in your own childhood growing up?

JL: I grew up in Jackson Heights Queens, which is the biggest melting pot in the world. So, I had every accent growing up: Jamaicans, Irish, the Germans, Jewish people. I heard it all, man. My ear became so finely tuned to accents and impersonations of everything going on around me. And that’s how I got the bully’s to not beat me up and the thugs to stay away from me, because I could make them laugh.

John Leguizamo’s ‘Latin History For Morons’ provides plenty of lessons you won’t find in a textbook.

MA: From a theatrical perspective, tell me more about performing in front of a live audience, and about some of the eccentricities of this show. Sort of, why it’s unique and why it stands out from other stage performances.

JL: This is really my first show that I’m getting historical and political. I mean, I’ve always been socially conscious, but this time I’m going a little bit further. I get to be the most myself I’ve ever been. I’ve played a lot of characters for a long, long time. But this one feels like it’s all me.

MA: Like a lot of other capital cities in southern states, Nashville represents an urban, somewhat-liberal bubble in a primarily rural, conservative state. Why do you think it’s important to take this message down south, especially in this day and age?

JL: I think that’s the people who need to be reminded it the most. I think the South and the right need to really hear it, the contributions of Latin people. Because if you look at your history textbook and it doesn’t have all the information, then it’s a fairy tale. If you change the facts, it’s not a real history book. So, without adding all these huge, important contributions by Latin people, the history textbooks have done us a disservice and I’m there to undo that.

MA: The last question is painfully general, and it’s intended that way. It’s the cleanup question, what else? What have we forgotten to ask you? Basically, why should the morons of Nashville come laugh and learn about Latin history with John Leguizamo?

JL: Because you’re going to be ‘de-moronized’, ‘un-stupified’ and ‘un-idiotized’. That’s what I’m going to do for you, and you’re gonna laugh you a** off while I’m doing it. That’s the magic of it. It’s raunchy. It’s vulgar. It’s rude. And I think that’s what everybody needs right now.