Kathleen O’Brien looks back at 30 years with TPAC 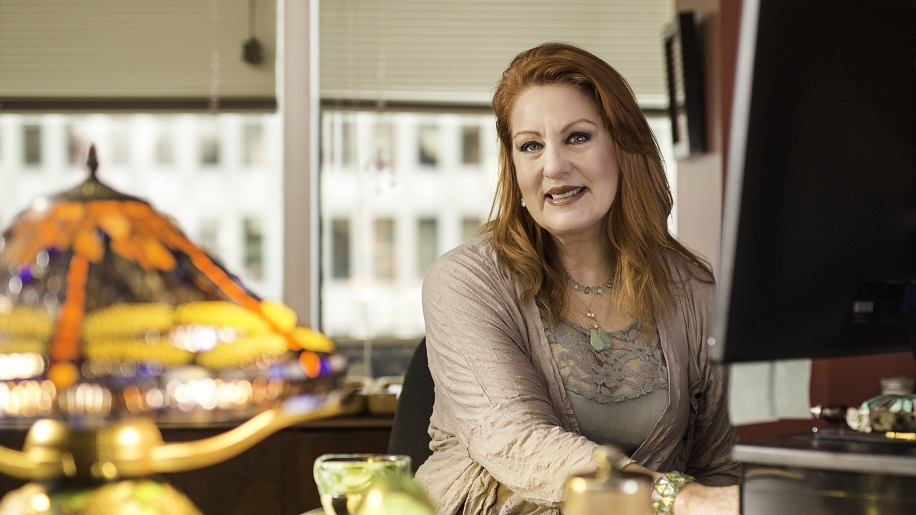 Kathleen O’Brien has seen tremendous change over the last 30 years – not only at Tennessee Performing Arts Center but throughout Nashville itself. But even as the nonprofit’s longtime leader prepares to step down from her post in July, it’s clear that her passion for the arts remains strong.

“One of my favorite quotes is from Pablo Picasso,” says O’Brien, who started out as TPAC’s Public Affairs Director in 1988, and was named President and CEO in 2005. “He said: ‘Art washes away from the soul the dust of everyday life.’ But it’s more than that. Art also allows you to think differently about things. It helps with compassion and tolerance. It makes people to think and explore, to be challenged, and to be transformed.”

In fact, O’Brien believes that Nashville’s own ongoing transformation can be traced back to the burgeoning arts scene.

“We’re seeing so many more arts organizations – not just in the performing arts, but the visual arts, as well,” she says. “It’s wonderful. And with the influx of people moving here every day, that’s important. People are coming here from areas where they’re accustomed to being able to tap into the arts.”

“When corporations move to the city, they look at what the cultural offerings are. So yes, I attribute the growth of this city directly to the growth we have seen with our arts organizations – and tied to that, the quality of what they’re offering,” she says. “The fact that these organizations are able to distinguish themselves with what they offer – edgy, exciting, visionary work – I think Nashville can be very proud of that.”

When asked about her proudest moments from the last 14 years, O’Brien immediately points to the expansion of TPAC’s arts education programs and services. Under her watch, the nonprofit added two signature programs – Disney Musicals in Schools, for which TPAC piloted the national program, and The Spotlight Awards, an ongoing collaboration with Lipscomb University to encourage the talents of high school students in Tennessee.

“I beam with pride at being chosen by Disney for that program, because it really was a competitive application process,” O’Brien says. “And then, to have them come back to us to help with an expansion program – we really helped lay the foundation for that program nationwide. And I love our collaboration with Lipscomb University for The Spotlight Awards. Being able to send two young people to New York to participate in the national competition (The Jimmy Awards) just feels so good – we’re so glad to be able to do that.”

Kathleen OBrien (left) in 1990 with Debbie Reynolds who was appearing in “The Unsinkable Molly Brown” at TPAC.

Beyond programs at the core of TPAC’s mission, O’Brien also has positioned TPAC for continued success, building a financially sustainable business model. Key milestones during her tenure include bringing TPAC’s ticketing services in-house – a move that separated the organization from Ticketmaster and ensured more direct contact with patrons and donors – and becoming an independent Broadway presenter.

“You know, I didn’t realize it at the time, but becoming an independent presenter really opened a lot of doors for us. It certainly gave us greater control in terms of programming. But it also became an organic way to have more in-depth relationships with producers, and that helped lay the groundwork for the development of the new works we’ve done.”

TPAC helped Dolly Parton launch the national tour of 9 to 5 in 2010. In 2016, it presented Studio Tenn’s Evita – starring Eden Espinosa and Anthony Crivello – marking the first time a locally produced show would be presented as part of TPAC’s Broadway series. And in 2017, TPAC co-produced the world premiere of Part of the Plan, an original musical based on the music of Dan Fogelberg.

“To be clear, we’re not lead producers. We don’t have the capacity or infrastructure for that yet. But if we can serve a role to help elevate a piece of work – particularly one that has some Nashville ties to it – we’re thrilled. Artistically speaking, and from a business model standpoint, that’s probably been one of the most gratifying things to be part of in the last few years.”

As she prepares for retirement, O’Brien says she looks forward to spending more time with her husband and family – and to spending summers in her native Maine.

“We have a beautiful summer cottage on a lake up there, so we’ll divide our time between Nashville and Maine. It’s such a lovely place, and a totally different lifestyle. I love being able to go to grocery store and have them steam up some lobsters for dinner – plus a couple of extras for lobster rolls.”

“Looking in the rearview mirror, looking at all those things you can celebrate, it’s important to remember always that you didn’t get there by yourself,” she says. “You can’t do it without a talented team, and I’ve been very fortunate to have that.”

“I’ll miss them all, and I’ll miss the excitement of the job – the change and growth that will naturally occur after I’m gone. But the board has selected someone I feel very confident in. I think Jennifer Turner is going to be wonderful. She is going to do some amazing things. I love this organization so much, and I look forward to seeing what the next chapter holds.”