Kip Moore brings ‘After the Sunburn Tour’ to War Memorial Auditorium on Nov. 17 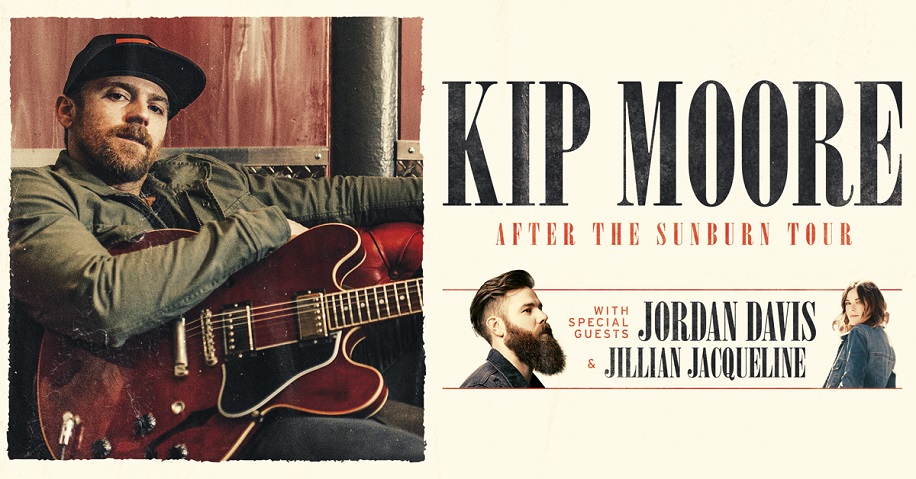 Known for one of the most high-energy and captivating live-shows in the genre, multi-platinum singer/songwriter Kip Moore brings his ‘After the Sunburn Tour’ to War Memorial Auditorium November 17! The tour will make stops in 21 cities including Los Angeles and New York City. The tour is a testament to Kip’s fervent live fanbase, which continues to grow due to “the way he expresses what’s on his mind that draws sold-out audiences around the world”.

Kip is bringing Jordan Davis and Jillian Jacqueline to Nashville for his Music City date.

“Anyone who knows me, knows that the live show means everything to us,” said Moore. “It’s where we get to thank our die-hard fans that show up to every show year after year, and it’s also where we get to lay all of our cards out on the table and win over new fans. I’m excited to get out to some cities we haven’t played a full show at in a while, and with all the awesome acts we have joining us, it’s going to be a hell of a fall!”

“Slowheart” follows the acclaim that surrounded Moore’s sophomore album “Wild Ones,” heralded as “an impressively singular release from Music Row” by The Guardian and his platinum debut album, “Up All Night” that spawned three No. One hit singles, including gold certified “Beer Money,” platinum certified “Hey Pretty Girl,” and the double-platinum breakout hit, “Somethin’ ‘Bout A Truck.”