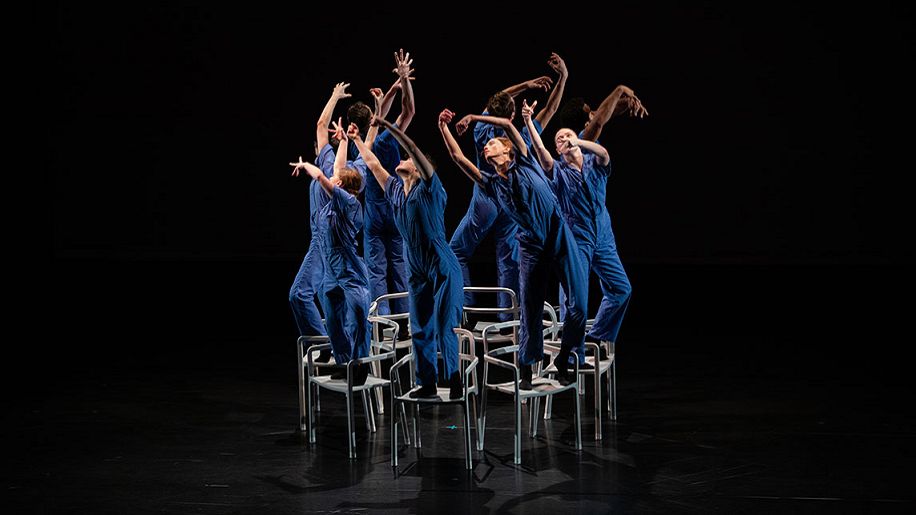 New Dialect Artistic Director and choreographer Banning Bouldin created The Triangle while she confronting her diagnosis of multiple sclerosis. The highly visual work is a deeply personal and surrealistic production that combines conceptual fashion, sculpture and powerful movement to re-envision disability and limitation as opportunities to uncover new strengths.

“It is thrilling to build on the vital relationship between OZ Arts and Nashville’s leading contemporary dance company by re-mounting their hit production The Triangle,” says OZ Arts Executive and Artistic Director Mark Murphy. “So many people were turned away from the sold-out OZ Arts performances in 2019 that it seemed essential to give audiences another opportunity to experience this important work, which has captured national attention.”

The Triangle makes its triumphant return to Nashville after New Dialect’s debut at the prestigious Jacob’s Pillow Dance Festival in August 2019 and ahead of the company’s developing US tour through South Arts’ Momentum initiative. An intensive professional development program over a three-year period, Momentum provides five Southern dance companies with touring support including mentorship, networking, conference showcasing and exhibiting, onsite planning meetings with presenters and tour-prep residencies.

“It is an honor to also present the world premiere of Rosie Herrera’s charming and idiosyncratic First Fruit, an important new work from the groundbreaking Cuban American choreographer, who is quickly becoming one of the dance world’s most distinctive rising stars,” Murphy continues.

‘The Triangle’ by choreographer Banning Bouldin.

The debut of First Fruit marks the culmination of a creative residency with New Dialect that included a dance intensive for local artists, a workshop at Hispanic Family Foundation’s Baila Dance Studio and a master class for adults at Centennial Performing Arts Studios.

New Dialect will perform The Triangle and First Fruit February 20-23 at OZ Arts Nashville. Tickets are $25-45 and are available now at OZArtsNashville.org or 615-350-7200.