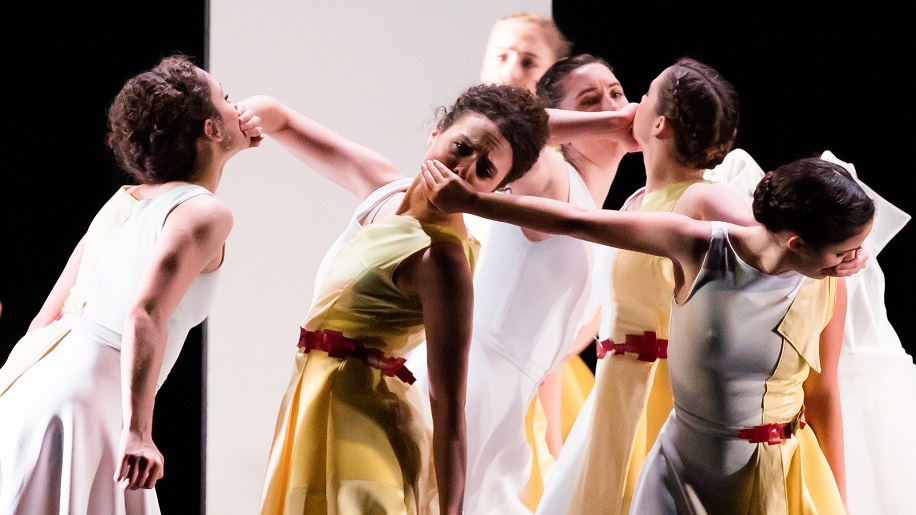 Photo by Karyn Photography and provided by Nashville Ballet.

Inspired by Tennessee’s vital role in the ratification of the 19th Amendment, Nashville Ballet will share a digital presentation of Gina Patterson’s 72 Steps on August 18 — the exact date the Tennessee legislature ratified the bill granting women the right to vote 100 years earlier.

The performance is made available for streaming for free through the generous sponsor support of the League of Women Voters (LWV) of Nashville. Access and watch the performance by signing up here.

Originally commissioned by the LWV of Nashville and their Perfect 36 Supporters in 2018, 72 Steps explores themes of basic human rights, civic responsibility, and the ongoing battle for a more equitable society through the lens of the suffrage movement.

“We always knew the League of Women Voters should be involved in telling the story of the passage of the 19th Amendment. After all, it was our own Carrie Chapman Catt who created the League in February of 1920 before traveling to Nashville in July to secure the vote,” said LWV of Nashville project co-chairs Cindee Gold and Debby Gould. “After careful consideration, we chose ballet. For many of us, as young girls, ballet was one of the few acceptable outlets we had to express our athleticism and creativity. Dancers are beautiful, but it is their strength that is crucial to their success, as so it is with all women.”

“Given that Tennessee was the 36th and final vote needed for the ratification of the 19th Amendment, the League of Women Voters [of Nashville] felt it was important to mark the upcoming 100th anniversary in a special way,” Gold and Gould added. “Our choice to commission a ballet was very intentional. Historically, our society has discouraged girls from participating in sports; girls were meant to be delicate, but in dance we could be strong – we could flex our muscles and assert ourselves with a confidence not allowed outside the studio.”

Nashville Ballet’s second company, NB2, will transport classrooms and audiences to the early 1900s as the fight for women’s rights is heating up. Inspired by history, Patterson’s work is a contemporary retelling of the slow flame of the suffrage movement as friends and families grapple with the terms of one of the most divisive issues of the time building to a fiery denouement in the days surrounding the Tennessee legislature’s history making vote and the famed letter said to have persuaded young House Representative Harry Burn to support the proposed amendment.

Depicting a fight that began with the Seneca Falls Convention in 1848 and spanned over 72 years, Patterson’s work draws parallels from the past to present in an effort to transcend time. During the creative process, Patterson called NB2 artists to reflect on the civic issues that concern them in modern society. They followed this by writing letters similar to that which Rep. Burn’s mother wrote convincing him to cast that momentous vote; Patterson used these letters and conversations to shape the ballet’s narrative.

“72 Steps endeavors to engage young people on the topic of inequality and illuminate the long and continuing march towards parity. It challenges audiences to contemplate their own beliefs around women’s voting rights and how this extends to broader conversations of equality, whether relating to gender or other discriminations in the name of power and control,” Patterson said. “I hope this ballet will inspire viewers to think about their rights when the time comes to go to the polls, and how they might use their own voices to make a difference in everyday life.”

Nashville Ballet invites schools to book a digital showing of 72 Steps for their classrooms or other groups as the ballet is complementary to state curriculum for middle school history classes.

Classroom bookings through Nashville Ballet’s Community Engagement department include a complimentary lesson plan and additional supplementary videos to guide classroom discussions and further inform students and other viewers about the work and creation process.

About League of Women Voters of Nashville

The League of Women Voters of Nashville is a non-partisan volunteer organization promoting the informed and active participating of citizens in government. Through public programs and educational outreach, the League gives current and future citizens the information they need to be part of the democratic process.