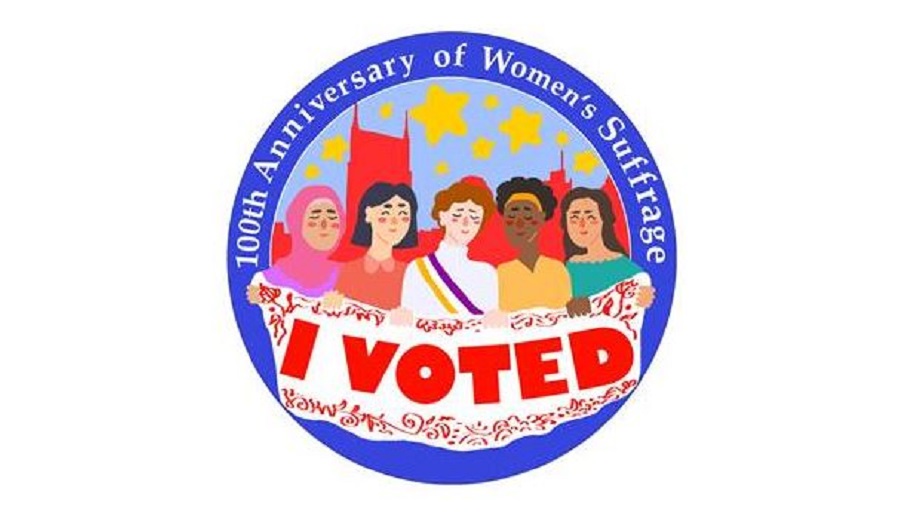 After two weeks of online voting and more than 2,300 votes cast, Nashville has chosen a design by Milka Negasi, a rising senior at Hume-Fogg Academic Magnet High School, to be Davidson County’s special-edition voter sticker for this fall’s elections! Milka’s design received the most votes in a contest sponsored by the Metro Nashville Arts Commission (“Metro Arts”) and the Davidson County Election Commission for 7th-12th grade students to create a voter sticker commemorating 100 years of Women’s Suffrage.

The special-edition sticker will be available, alongside the traditional oval “I Voted” stickers from the Election Commission and an option from the Tennessee Secretary of State, at all Davidson County early voting and Election Day voting locations for the August general and November presidential elections.

“When I read that the sticker contest was being held in honor of the centennial of the 19th Amendment, I wanted to make it very clear to voters of this extremely special anniversary,” Milka said about her design process. “I made sure to utilize the colors of the Women’s Suffrage movement, purple, yellow, and white, but also kept true to the colors of the traditional ‘I Voted’ sticker. I thought it was important to represent all the women who have played a part in history and who are playing a part in our future. And of course, I included part of downtown Nashville’s skyline to make the sticker more personal to Nashville voters.”

City officials joined Milka’s principal and teacher in contributing to a video to congratulate Milka and celebrate her design.