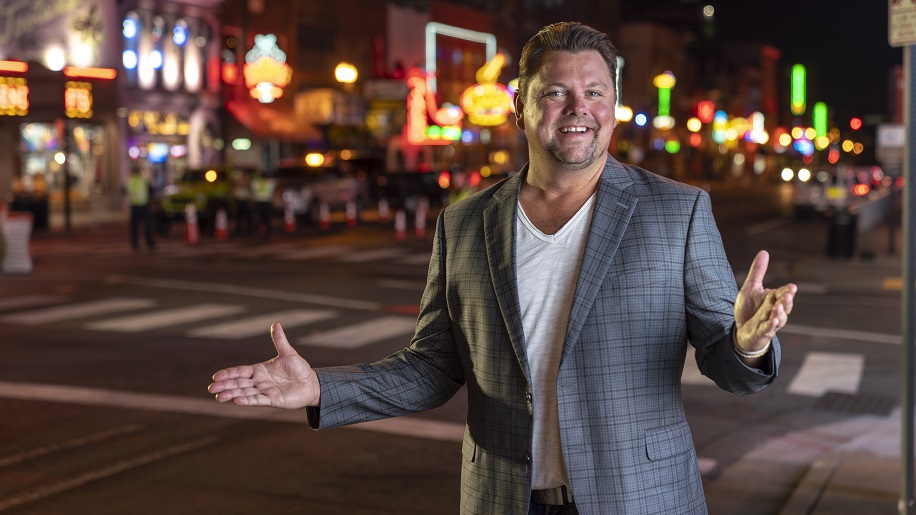 “We’re really excited to grow our show for this second season, adding some new members to the team and playing with the format a bit,” said Brent Hyams, Chief Operating Officer for the Tennessee Performing Arts Center and War Memorial Auditorium. “We want to keep the show fresh while bringing back some of the segments that audiences loved last year.”

Storme Warren, a 25-year veteran of the Nashville music industry who hosts the morning show on SiriusXM Satellite Radio’s “The Highway” and is known as the “Dick Clark of Country Music,” will return as host of Nashville House Concerts, inviting a variety of special guests to drop by the intimate, living room set, catch up on what’s new, and perform select songs.

“I can’t wait to get back to War Memorial Auditorium for a second season of Nashville House Concerts,” Warren said. “Anyone who joined us last year knows how much I love the room and its incredible history. The Nashville House Concerts series is yet another chapter in that history, taking audiences into what makes Nashville so unique – the music, the songwriting, the stories. It’s intimate, interactive and not to be missed.”

Joining Warren this season are singer and songwriter Shelly Fairchild and songwriter and actor Chris Roberts, with Roberts leading the “It Is What It Is Band,” formed each month from some of the best touring musicians in Nashville.

“The Nashville House Concerts series really gives fans and visitors to Nashville the opportunity to get to know artists at all levels, from the emerging talents to the legends,” Fairchild said. “I’m excited to join Storme and Chris each month to sing with our incredible house band and put together a fun and unforgettable experience.”

“So far, the response to our second season from artists and managers is encouraging as we’re inviting a wide variety of performers to stop by,” said Christi Dortch, Executive Vice President of Programming and Sales for TPAC and War Memorial Auditorium. “Our vibe has always been that you never know who will show up, and we want to keep the audience on their toes with new artists and surprise celebrity visits.”

Coca-Cola is the presenting sponsor of the series and B.B Kings is a sponsor as well. Nashville House Concerts take place on the first Thursday of each month, from Sept. 2018 to June 2019. Shows are from 7 p.m. to 9 p.m. CT. Dates for the 10-show, monthly series include:

Additional “house guests” will be announced soon. Performance schedule, prices, and cast are subject to change without notice.

Free parking for the historic War Memorial Auditorium is available from 6 p.m. to 1 a.m. in the state lots behind the Supreme Court Building (off Charlotte Ave. between 7th and 8th).

Storme Warren is celebrating his 34th year in broadcasting in 2018. You can hear him daily on SiriusXM Satellite Radio on “The Highway” as its morning show host. A 25-year veteran of the Nashville music industry, Warren is known as the “Dick Clark of Country Music” and can be found hosting numerous high-profile events in Music City and around the globe, including Nashville’s annual “Let Freedom Sing” Independence Day party and “The Bash on Broadway” New Year’s Eve celebrations. Behind the scenes, Warren runs Stone Beaver Productions, a full-service video production company. His television credits as host and contributing talent include TNN, CNN, GAC, and CMC. As a producer, Warren has created numerous live and recorded television concert events, DVDs, and specials. As a proud member of the Nashville community, Warren serves on the board of directors for the T.J. Martell Foundation for cancer research.

Shelly Fairchild isn’t new to the industry – but she’s far from old news. A staple in the Nashville music community, the Clinton, Mississippi native hit the scene with her debut album, “Ride,” on which her soulful, gospel-tinged brand of alternative country spawned a Top 40 hit with “You Don’t Lie Here Anymore.” Her second release, “Ruby’s Money,” is steeped in a thick groove with elements of funk, and her latest release, “Buffalo,” marks a milestone in her life and career as “the most honest record” she’s ever made. A longtime hidden gem in the trove of Nashville musicians, Fairchild continues to keep her head and her heart pointing up to the sky. Between touring across the country with the likes of Rascal Flatts and Keith Urban, singing background vocals for Martina McBride, Jason Aldean, Eric Church, Crystal Gayle and others, and being named one of Rolling Stone Country’s “Top 10 Artists You Need to Know,” it is clear that Shelly Fairchild is just getting started.

Singer, songwriter, and actor, Chris Roberts is one of the truest talents in music today. A Montana native, Roberts carved a niche for himself in New York before landing in Nashville, where he is currently writing and recording songs. While in New York, Roberts appeared in the Broadway production “The Civil War,” alongside Larry Gatlin. A mentor to Roberts, Gatlin encouraged him to pursue his recording career in Nashville. With help from Gatlin and Grammy Award-winning songwriter Marcus Hummon, Roberts formed the vocal trio One Flew South with Eddie Bush and Royal Reed. The trio’s debut album, “Last of the Good Guys,” was released in 2008, and the single, “My Kind of Beautiful,” climbed the Billboard Hot Country Songs charts. They shared the stage with artists like Willie Nelson, Jimmy Buffet, and Dave Mathews. Roberts is a respected songwriter and is quickly becoming a sought-after producer in country music. His voice is classic, effortless, and inspiring. Recently, Roberts released “The Way West,” his own album with record label Catch This Music and continues to share his talents with the music industry.

Performance schedule, prices, and cast are subject to change without notice. The historic War Memorial Auditorium is managed by the nonprofit Tennessee Performing Arts Center, which is supported by institutional sponsors Nissan North America and Coca-Cola and funded in part by support from the Tennessee Arts Commission and the Metropolitan Nashville Arts Commission.