Nashville reacts to the first day of ‘Hamilton’ on-sale 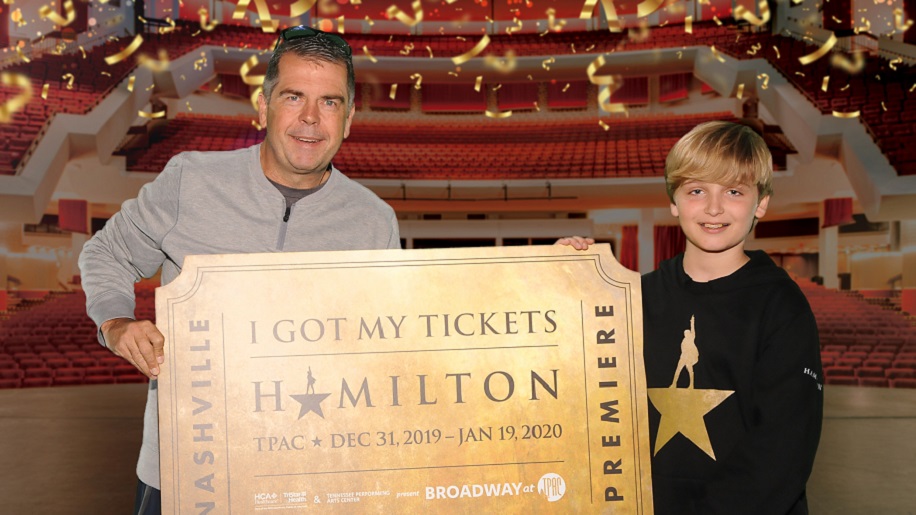 “You can be in the room where it happens.”

This past Monday, hundreds of people from far and wide showed up to get their golden ticket to the international musical sensation, Hamilton, coming to Nashville Dec. 31 to Jan. 19, 2020.

A line starts forming for ‘Hamilton’ tickets in the wee hours of the morning.

The Lin-Manuel Miranda-penned show plays a total 24 times at TPAC’s Jackson Hall, the longest running show of the 2019-2020 Broadway season, but that didn’t slow down Nashvillians.

Some showed up as early as three in the morning, with one man saying, “my wife has been dropping hints since June, I don’t want to think about what she’ll do to me if I don’t get these tickets.”

Others, like Tyree Finch showed up ready for a massive wait but instead was in for a pleasant surprise.

“I expected this to be like a crazy Black Friday with everybody throwing elbows,” he jokes. “But I’ve been so surprised how positive everybody is, how quickly this line is moving and how polite and organized the staff is.”

Hamilton is the story of America’s “$10 founding father without a father,” Alexander Hamilton, an immigrant from the West Indies who became George Washington’s right-hand man during the Revolutionary War.

For most people who braved the cold to wait in line, securing Hamilton tickets was all about creating memorable experiences for their families. Nashville native Michal Tolon was no different.

“It’s all about family for me,” she says. “I really hope to take two of my sisters out for a ‘sister night,’ so we can see for ourselves what all the Hamilton hype is about.

TPAC staff were geared up in their gold and black — clipboards in hand — ready to filter the Nashville masses through their Hamilton ticket-buying journey.

The journey began on TPAC’s tier bridge, where patrons were handed a wristband with a corresponding letter and number.

In groups of 40, patrons were ushered into Jackson Hall where they could bask in the warmth while taking advantage of the charging stations and complimentary coffee courtesy of Frothy Monkey.

After hearing their letter announced, patrons moved to Polk Theater where they had the opportunity to purchase tickets at one of the multiple ticket-buying kiosks set up on-stage.

Once patrons secured their tickets, they were ushered to Jackson Hall’s stage, where they got the opportunity to take a complimentary picture behind a green screen courtesy of Delta Dental.

Ticket buyers got the opportunity to take a complimentary picture behind a green screen of Jackson Hall courtesy of Delta Dental.

“It’s finally happening!” Nashville native Terri Channing exclaims, who missed the show multiple times in New York City. “We came. We saw. We bought tickets to Hamilton — and cheaper than we thought!”

Every person that came to the box office was able to secure their tickets to the Pulitzer, Tony and Grammy Award-winning musical.

But don’t worry, Nashville. You still have a few more chances to score your seats.

A Hamilton seat lottery — which will offer 40 tickets to each performance at $10 a piece — will launch closer to the engagement on the Hamilton app.

Things to keep in mind

TPAC is the only official ticket supplier for Hamilton in Nashville. Purchasing from third-party brokers runs the risk of receiving fraudulent tickets to paying exuberant prices.

If you are unsure if you are on the official TPAC site, a good check is to look for TPAC.org or cart.TPAC.org in your browser window. Re-seller sites sometimes use similar URLs and graphics to fool buyers, so pay close attention.

What happens after I buy my tickets?

Whether you’re buying online or in-person, you won’t immediately receive a physical ticket to Hamilton. To combat scalping and secondhand price gouging, all tickets plan to be delivered 90 minutes before the scheduled performance, through the TPAC Concierge digital app or at the TPAC box office.