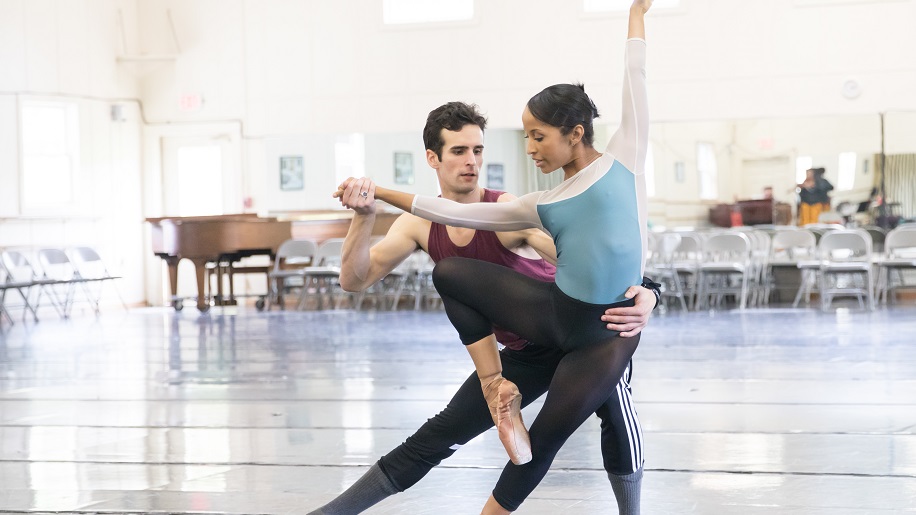 It’s no secret that Nashville’s arts scene is on the rise. In fact, SMU’s National Center for Arts Research recently ranked Nashville #4 in its study of the “Most Vibrant Arts Communities in America” – citing the “variety of different, diverse artists and creators who contribute to neighborhood economies and create an exciting, authentic, creative city.”

This dynamic cross-section of arts and culture is clearly reflected in the work being produced this season by Nashville Ballet, Nashville Opera, and Nashville Repertory Theatre, the three resident companies who make Tennessee Performing Arts Center their performance home.

“As a nonprofit arts organization, we are here to serve our audience,” says Nashville Repertory Theatre’s Artistic Director René D. Copeland. “And part of that is making sure that our audience gets to see the latest and greatest plays – works that really have a collective impact.”

“I saw the play on Broadway in September 2017, just before it closed,” Copeland says. “And I immediately knew we had to bring it to Nashville. It’s such a brilliant work, but a play like this isn’t going to tour. And not everyone is going to have the chance to get to New York or Chicago. So if we can serve as a conduit for great new plays, I feel like we’re doing our part.”

Of course, the company is no stranger to the importance of new work. Since 2010, Nashville Rep’s Ingram New Works Project has supported the development of more than 60 new plays – including “Posterity” by Doug Wright, “Long Lost” by Donald Margulies, and 2017 Osborn New Play Award Winner “The Ice Treatment” by The Rep’s Playwright-in-Residence Nate Eppler.

“The New Works Project really keeps us on our toes, and I think that energy is reflected in the work we do all season,” Copeland added. “It gives us – and our audience – a greater understanding and appreciation for new plays and how they work.”

“There’s just a different energy here that you don’t feel in other cities,” he says. “Nashville has an incredible reputation – artists want to come here. But one of the things I find fascinating is that along with the classics, our audiences are very open to lesser known contemporary works. This season we’re actually doing three pieces that the company has never done before – eclectic works that you might not otherwise see.”

One of those is “Tales of Hoffmann” – Jacques Offenbach’s “fantastical thrill-ride,” which is loosely based on the life and loves of E.T.A. Hoffmann (whose “The Nutcracker and the Mouse King” went on to inspire Tchaikovsky’s classic ballet).

“I’ve been wanting to do this one for years. But it’s a large-scale piece, and incredibly challenging. Offenbach passed away before completing it, so there are a number of different versions out there. There are so many fantastical elements – with huge swings in tone and setting – but the music is gorgeous. And our production is set in 1920s Art Deco. It’s going to be quite a night.”

Hoomes also is looking forward to staging Marc Blitzstein’s landmark jazz opera “The Cradle Will Rock,” which he says is “just as relevant today as it was when Orson Welles directed it in 1937.”

“It’s very political – full of satire and sharp social commentary. But the music is fantastic, and we’ve packed the cast with Nashville talent. That’s one of the benefits to living in such a creative city – I’ve gotten to know a lot of incredible theatre people, and we’re thrilled to have them join us for this exciting work.”

“There’s a wonderful openness to collaboration here,” he says. “Maybe it stems from the songwriter scene, but there’s something really special about Nashville’s collaborative spirit. Being in a city where you’re inspired by other artists’ work or ideas, you’re able to sort of riff off one another – taking the work in new directions.”

That’s certainly the case with “Lucy Negro Redux,” which will have its world premiere in February 2019.

Inspired by local poet Caroline Randall Williams’ collection of the same name and featuring an original score by Grammy Award-winner/MacArthur Genius Grant recipient Rhiannon Giddens and choreography by Vasterling, this exciting new work explores the literary theory that the “Dark Lady” and the “Fair Youth” of Shakespeare’s sonnets were a black woman and a young male lover, respectively.

“When I first read Caroline’s poetry, I definitely saw a story that would lend itself to the stage. But I wasn’t sure that I was the right person for the job. But at its core, the story is really about finding your own beauty and feeling worthy of love – and that’s certainly something that resonates with me.”

Along with exploring such timely themes as otherness and equality, Vasterling says he is excited to create the work specifically for an African-American female lead – a rarity that celebrates diversity in ballet.

“The fact that I’m even able to consider this project is because Kayla Rowser is in our company. I’ve made work on her before, but this is the first time I’ve made choreography on her as a woman of color. I think that’s particularly meaningful for her, and she’s going to be amazing in the role. What an incredible gift to be able to work with such extraordinary artists – only in Nashville.”

Get tickets for Nashville Rep.

Get tickets for Nashville Ballet.

Get tickets for Nashville Opera.