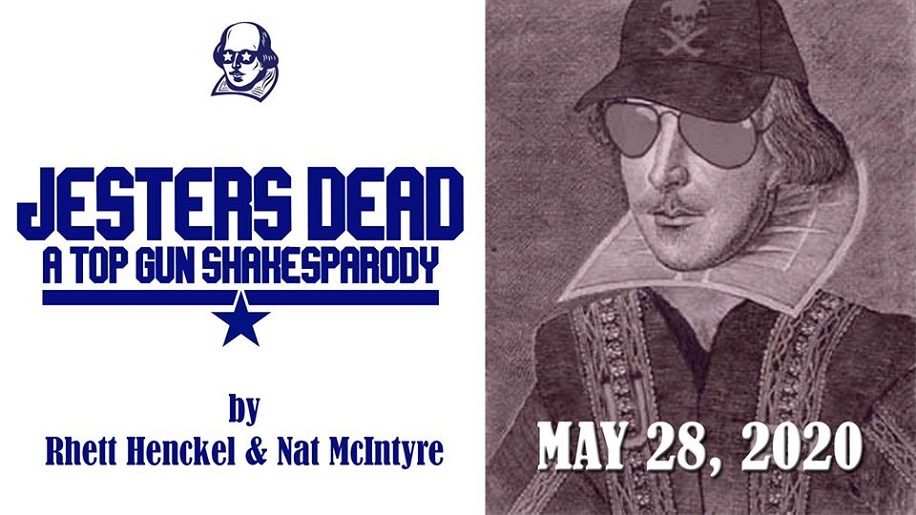 Leave it to Nashville Shakespeare Festival to turn a cheesy Tom Cruise film into an Elizabethan comedy to perform virtually during a global pandemic.

Written by Rhett Henckel and Nat McIntyre, Jesters Dead: A Top Gun Shakesparody features an all-female cast and premieres May 28 at 7 p.m. on the NSF YouTube channel. More information can be found at NashvilleShakes.org.

The play follows the story of the 1986 classic movie Top Gun, using lines from the film interspersed with lines from every one of Shakespeare’s plays. The event coincides with the upcoming release of the movie’s sequel, Top Gun: Maverick, later this year.

McIntyre directs the online, edited version recorded by the actors from their homes.

“We were trying to figure out a way to make Shakespeare ­­more accessible,” she says. “We both really believed that if you could take the stigma of snootiness off Shakespeare that people would realize how fantastic it really was. We needed to give it context. So, we looked for something that had Shakespearean themes (Top Gun is basically Henry V and Hamlet without the great writing) and that also was ingrained in pop culture.”

Why all-female? According to McIntyre, “it is a parody, and who better than women to parody how men take themselves way too seriously and walk around measuring their private parts? Also, when I think about the actors who can really attack some Shakespeare text and make it soar, most of them are women.”

Morgan Davis, who plays Maverick in the project, can barely contain her excitement for the unique project.

“Searching for the common denominators between Top Gun and Shakespeare takes little to no effort,” she says. “We’ve got glory, heartbreak, and romance in spades. Who wouldn’t jump into the cockpit to join the two in the sublime union that is Jester’s Dead? I would never pass up the opportunity, because I feel the need…’tis the need for speed.”

Finding ways to perform during these times is undoubtedly a challenge, but even the Bard himself knows a thing or two about quarantines.

A little over 400 years ago, Shakespeare was an actor and shareholder with The King’s Men theatre troupe when the bubonic plague forced London theaters to close in the early 17th century. The official rule was that after weeks, when the death toll exceeded 30, public playhouses had to shut down. This meant that the theatre industry was paralyzed for much of 1606 when the plague returned to the city. So, after suddenly finding himself without a steady job and lots of free time, Shakespeare composed King Lear, Macbeth, and Antony and Cleopatra before the year ended.