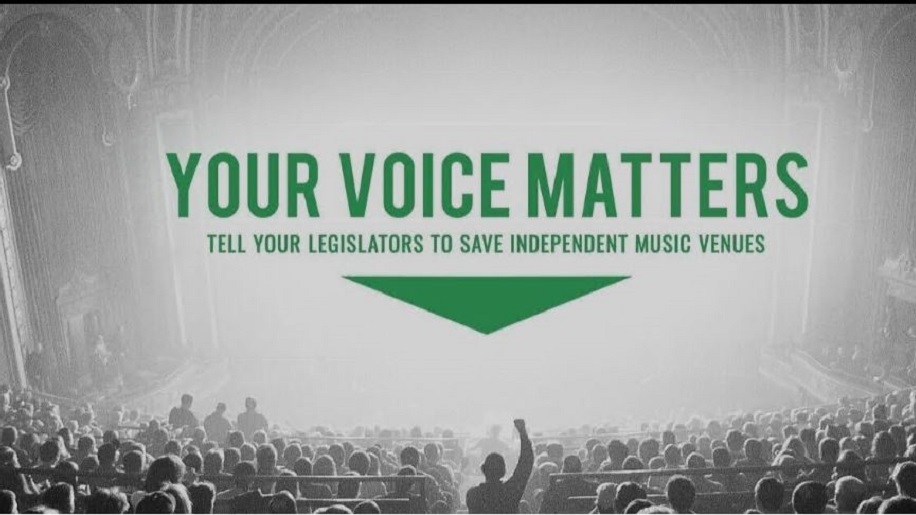 34 independent entertainment venues and promoters from Middle Tennessee, all members of the recently formed National Independent Venue Association (NIVA), planned a local day of action held on August 4 to seek support for the Save Our Stages Act and RESTART Act , two bills that have been introduced to ensure the survival of independent venues across the nation.

The Save Our Stages Act (S. 4258), introduced by Senators Cornyn and Klobuchar, and the RESTART Act (S. 3814 / H.R. 7481), introduced by Senators Young and Bennet and Representatives Golden and Kelly, provide vital support for independent venues that have lost nearly 100% of their revenue since the pandemic began in March. These venues will remain closed well into 2021 due to safety concerns posed by large gatherings. These institutions draw most of their revenue from acts that tour the United States, and until it’s safe to do so en masse, it won’t be possible for venues to bring back their staff. 90% of the 2,400 national members of NIVA have stated that they will be forced to close their doors if the shutdown lasts 6 months or more and they do not get meaningful support from Congress.

Both Tennessee Senators Blackburn and Alexander have cosigned the RESTART Act, but neither have yet to voice support for the SOS Act. “In a state where music is such a critical aspect of our culture and economy, I hope for bold leadership from our Senators. Please support the SOS Act, which would save our entire independent industry!” said Chris Cobb, owner of Exit/In, who’s 50th anniversary, next year, is in jeopardy due to COVID-19. Congressman Jim Cooper is the only House Representative from Tennessee to cosign the SOS Act thus far.

“The situation is dire.” said Todd Ohlhauser, owner of Mercy Lounge, Cannery Ballroom, and The High Watt. “Our businesses are the foundation of Music City. We were among the first to close, and will be the last who can safely open. We sit 100% closed, while other local businesses choose to ignore public health orders and safety. Without financial assistance, Nashville is going to lose so much of the culture and creative economy that define it.” continued Todd.

A recent Chicago study estimated that $1 spent at a small venue resulted in $12 of economic activity in their neighborhoods: meals, coffee, local transportation, hotels, retail, etc. Venues are economic generators, beloved institutions, and most importantly, community builders. More than 1.3 million live music lovers have written letters to their elected officials via SaveOurStages.com .

Without support from Congress these community anchors WILL close, and we’ll be left to ask whether we did our part to save them.

The timing is vital. Congress goes on break, and is rushing to complete its next relief bill, and independent venues MUST be included. These mom and pop entrepreneurs are among the hardest hit by a pandemic: first to close and will be among the last to re-open. There’s no takeout version of concerts. Drive-ins and virtual streaming shows don’t begin to put our people back to work. The gig economy has been shuttered, and many thousands of our friends are at home, hoping the government keeps them fed while our industry tries to figure out what’s next. Do you have space to feature the Save Our Stages Act on your channels and platforms? Even if you’ve previously covered NIVA or the RESTART Act , this new push is the most important one yet, and your support would be vital in ensuring it happens! Alongside traditional coverage, any support via social media or email marketing lists would be remarkable, and if you tag #SaveOurStages or #SaveTNStages , make sure to tag TPAC too and we will share your posts. We appreciate your support as we work to save live entertainment in Middle Tennessee.