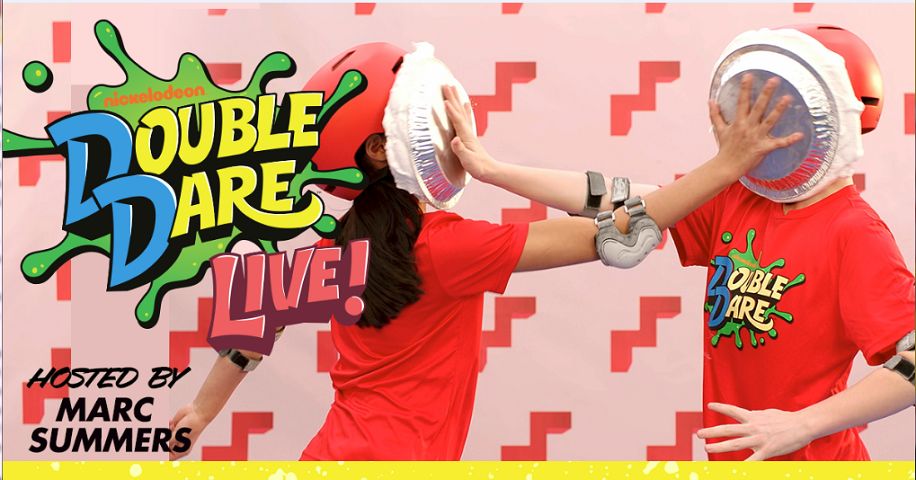 “Hosting the Double Dare Live tour couldn’t be any more exciting, and I look forward to bringing the fun and messiness of “Double Dare” to audiences across the country,” said Marc Summers. “Doing the show again with my sidekick Robin will fulfill childhood dreams of the generation that grew up with us and introduce this classic show to the next generation.”

Double Dare Live will feature two teams comprised of selected audience members competing to win prizes by answering brain-bending trivia questions, completing messy physical challenges and ultimately facing the legendary obstacle course. “Double Dare” premiered on Oct. 6, 1986, on Nickelodeon, and ran from 1986-1993, making it the network’s longest running game show. Marc Summers served as the show’s original host from 1986-1993. Shortly after its debut, “Double Dare” became one of the most popular original daily programs on cable television. The series went into syndication in 1988, and was later revived as “Super Sloppy Double Dare” in 1989.The show also ran on broadcast television as “Family Double Dare” in 1988, followed by new versions on Nick, including “Double Dare 2000.”