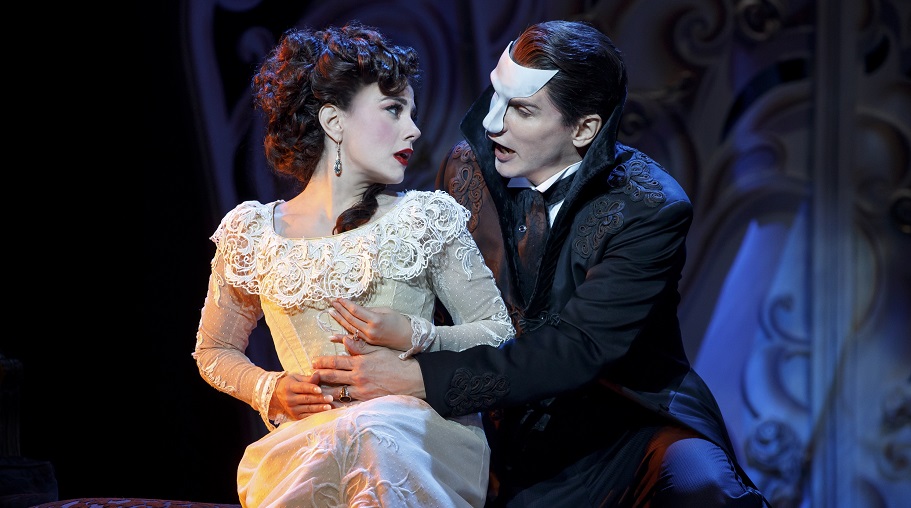 Love Never Dies, Andrew Lloyd Webber’s spellbinding sequel to The Phantom of the Opera makes its Nashville premiere at Tennessee Performing Arts Center’s Andrew Jackson Hall with a one-week engagement June 19-24. The new touring production is an extensive reworking of the material by an Australian creative team for the original premiere back in 2011. The show is one of few instances of  a West End musical being given a complete makeover for subsequent productions.

Andrew Lloyd Webber said he knew five minutes into seeing the first run-through that he and the new production team had achieved something special. “I have the great joy of being able to say I think this production is probably the finest one I could ever, ever hope for,” he said.

“Ever since Andrew Lloyd Webber penned ‘The Phantom of the Opera,’ we have longed to know what happens to The Phantom and these much beloved characters after the show,” said Kathleen O’Brien, TPAC president and chief executive officer. “Love Never Dies answers all our questions with all the trademarks of a Lloyd Webber production, including beautiful costumes and visually stunning sets, with a story that haunts you long after the curtain comes down.”

The year is 1907. 10 years after The Phantom’s disappearance from the Paris Opera House, he has escaped to a new life in New York. He lives among the screaming joy rides and freak shows of Coney Island. In this new, electrically charged world, he finally has found a place for his music to soar, but he has never stopped yearning for his one true love and musical protégée, Christine Daaé. Now one of the world’s finest sopranos, Christine accepts an invitation to travel from Paris to New York to perform at a renowned opera house. Christine’s marriage to Raoul is suffering at the hands of his drinking and gambling, and they desperately need the financial rewards that America can give them. In a final bid to win back Christine’s love, The Phantom lures her, Raoul, and their young son, Gustave, from Manhattan to the glittering and glorious world of Coney Island – not knowing what is in store for them.