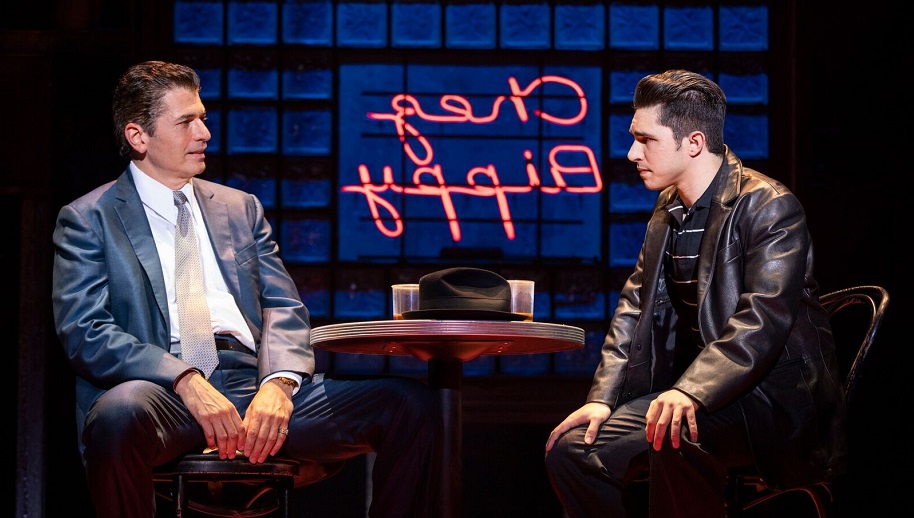 For Chazz Palminteri, it’s all about honest storytelling. And perhaps that explains the longstanding and universal appeal of “A Bronx Tale,” the hit Broadway musical arriving at TPAC’s Jackson Hall on February 12.

Inspired by events from Palminteri’s own childhood, “A Bronx Tale” follows a young boy named Calogero, growing up in the Italian-American neighborhood of Belmont in the 1960s. But when Calogero witnesses a murder, he finds himself “caught between the father he loves and the mob boss he’d love to be.”

“A Bronx Tale” actually started out as a one-man Off-Broadway show, written and performed by Palminteri in 1989. He would later go on to write the screenplay for the critically acclaimed 1993 film, starring as mob boss Sonny, alongside Robert De Niro – who marked his film directorial debut with the project. The musical adaptation premiered at the Paper Mill Playhouse in the spring of 2016, opening on Broadway at the Longacre Theatre in December 2016 and playing for 700 performances before closing in August 2018. The North American tour launched in Rochester, NY, in October 2018.

“There’s just something so strong about this story – I think that’s what keeps audiences coming back for more,” says the Academy Award nominee, who has has starred in blockbuster films such as “The Usual Suspects,” “Bullets Over Broadway,” “Analyze This” and more. “It’s all about love and loyalty and family. I remember when the movie came out, I couldn’t believe what a hit it was in Europe and Japan. I’m thinking: ‘How can that be? It’s just about some kid from the Bronx.’ But the story is so universal – people really love it.

“You know, Alfred Hitchcock always used to say there’s only three things you can do to an audience, and if you can manage two out of three, you got a hit. He said you can make them laugh, you can make them cry or you can scare them. Well, in ‘A Bronx Tale,’ we do all three.”

“The music is such an important part of the storytelling,” he says. “I think audiences have really connected with that. But I also think it’s the characters. This is not just about good and evil – it’s more complicated than that. Neither one of these men is perfect. But the boy is able to take the best of his father and the best of Sonny, and become a man.”

The cast boasts a whopping 11 alumni from the Broadway production, including Joe Barbara as Sonny.

“For me, playing Sonny has been such an amazing journey,” Barbara says. “Chazz has been an incredible resource – after all, he lived this story. He knew Sonny. But he also trusts me as an actor to bring the character to life every night.

“He’s actually much more complicated than you might think. It’s important not to fall into that trap of playing Sonny as just a ‘mob boss’ – just the stereotypical bad guy. Yes, Sonny does a lot of bad things. But he also has a lot of affection for this kid. So my job is to play each moment in the story with honesty. If you do that, the overall picture will take care of itself.

“One of the things that really strikes me about ‘A Bronx Tale’ is that this is a musical for people that don’t generally like musicals. It deals with real people, real issues and values. And the music really comes out of the situations – that’s huge. Of course, it doesn’t hurt to have someone like Alan Menken writing the songs. He has just captured the era so well with this great doo-wop sound, plus R&B and even some big band numbers.”

Barbara points to Act II’s “One of the Great Ones” as a particular favorite.

“I like the fact that it reveals another side to Sonny. And although I don’t want give anything away, there’s a nice little reference to the film – one of those amazing signature moments that’s worked into the middle of the song. So that’s a lot of fun. But beyond that, it’s just a great song. If Sinatra were still around, this is the kind of song he’d be doing. What could be better than that?”

Get tickets to see A Bronx Tale February 12-17.