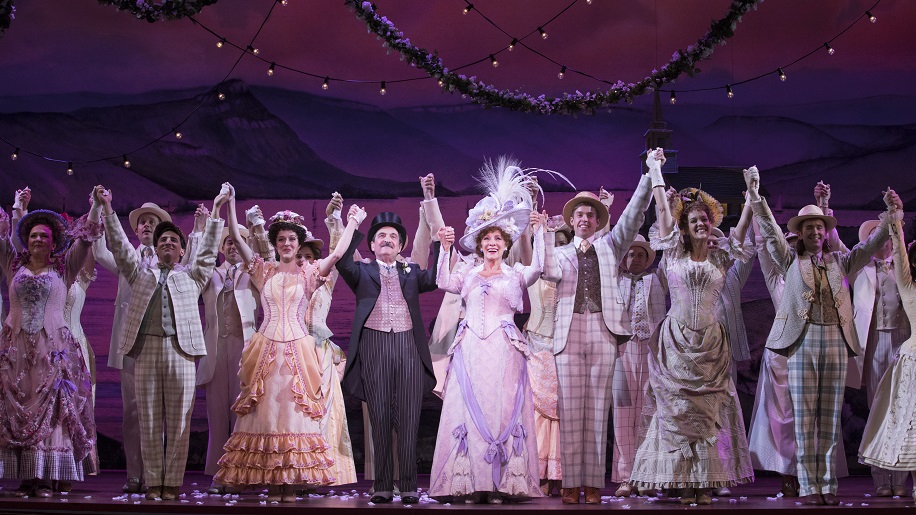 Broadway’s Analisa Leaming has graced the stages of Lincoln Center Theater and Carnegie Hall. But the Murfreesboro native insists that there is something quite special about returning to Tennessee Performing Arts Center – and playing Irene Molloy in the national tour of the 2017 Tony Award-winning revival of Hello, Dolly!

“I grew up going to shows at TPAC,” says Leaming, who graduated from Riverdale High School and took part in the Tennessee Governor’s School for the Arts at Middle Tennessee State University before heading to the prestigious Eastman School of Music. “West Side Story, The Phantom of the Opera, Les Misérables – so many wonderful memories. But I’ve never actually done a show at TPAC, so this is really such a thrill for me.”

A true Broadway classic, Hello, Dolly! first premiered in 1964, featuring Jerry Herman’s timeless score (“Ribbons Down My Back,” “Elegance,” “Before the Parade Passes By”) and a charming book by Michael Stewart. Over the years, the iconic musical has been revived four times – including the 2017 smash hit production from Director Jerry Zaks, which starred Bette Midler and earned four Tony Awards, including Best Musical Revival.

“I love the fact that this musical continues to reach new audiences,” says Leaming, whose resume includes big Broadway hits such as On The Twentieth Century, The King and I and School of Rock. “I’m often asked what it is that keeps audiences coming back, and I think it’s a combination of things – the characters are so much fun, the music is amazing, and the story really speaks to love and adventure and the importance of living life to the fullest. Then you have these gorgeous costumes and sets, and these huge dance numbers – it’s just quintessential Broadway.”

Of course, it doesn’t hurt to have Broadway legend Betty Buckley leading the tour.

“Betty is such a fierce actress,” Leaming says. “Even if you saw the show on Broadway, her Dolly is definitely different. Her connection to the character is really strong, and she delivers these heart-wrenching monologues. And that voice! She has such an incredible instrument – it’s just thrilling to hear her perform each night.”

Leaming says she enjoys playing Irene Molloy – the role she understudied on Broadway – who she describes as a really “strong, spunky woman.”

“I think audiences are a little surprised at how much fun Irene is, and I have to give a lot of the credit to our director, Jerry Zaks. He’s given us all room to explore and make the characters our own. And he’s allowed me to bring something of a contemporary spirit to Irene. She really just wants a little adventure in life, and I think audiences appreciate that fun-loving spirit. With everything going on in the world right now, I think we all need that sense of fun and excitement.”

And while life on the road is not without its challenges, Leaming says it’s been a joy.

“I’m very lucky to be touring with my husband and my dog, so I don’t have to worry about being homesick,” says Leaming, who also is the creator and host of “A Balancing Act” – a podcast designed to help creatives navigate a life in the arts. “We’re trying to take advantage of everything the road has to offer, connecting with a lot of family and friends along the way. I think we’ve visited eight or nine national parks so far, which has been really great. But there are definitely days when we just feel like we need to take a break and watch some Netflix.

“But I’m so excited to be back in Nashville,” she adds. “I’m looking forward to taking my cast-mates around town to see all the sights – The Ryman, The Grand Ole Opry. And I’m eager to do a little shopping at e.Allen Boutique. Elizabeth Allen and I were actually cheerleaders together back in middle school, so that’s going to be great fun. But mostly, I’m just excited to be bringing this wonderful show to Nashville – we’re going to have a blast.”

Hello, Dolly! is coming to TPAC April 30 – May 5. Tickets are available now.