PREVIEW: ‘On Your Feet!’ brings inspiring story of Gloria and Emilio Estefan to Nashville 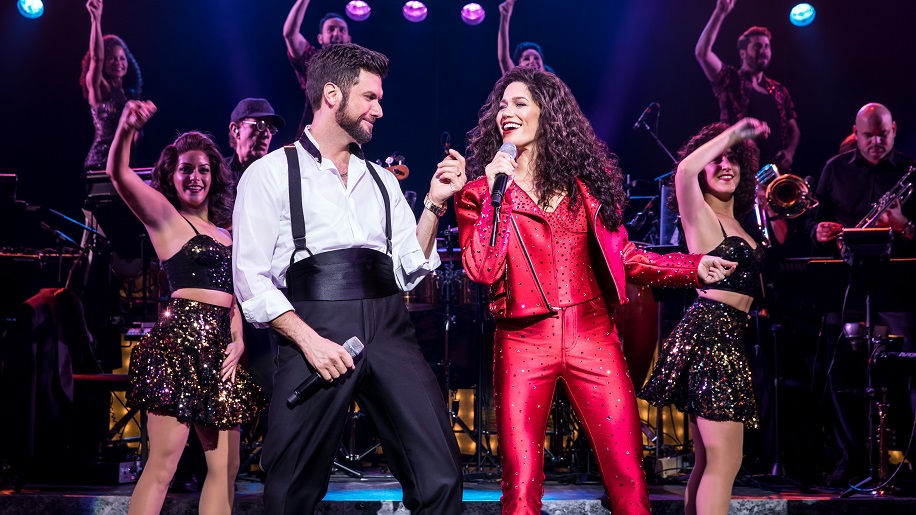 Mauricio Martinez as Emilio Estefan and Christie Prades as Gloria Estefan and company in 'On Your Feet!' Photo by Matthew Murphy.

Showcasing a slew of chart-topping hits and Sergio Trujillo’s Tony-nominated choreography, On Your Feet! has been wowing audiences around the world. But musical icon Emilio Estefan says he hopes that it’s the uplifting story behind the music that will inspire fans long after they leave the theater.

Celebrating the lives of Gloria and Emilio Estefan – from their humble Cuban roots to international superstardom – the musical features well-known hits such as “Rhythm Is Gonna Get You,” “Conga,” “1-2-3,” “Get On Your Feet,” “Mi Tierra,” Don’t Want To Lose You Now,” “Reach,” and more.

“It’s been amazing to see the audience response,” says Estefan, a 19-time Grammy Award-winning producer, musician, and entrepreneur. “It’s so much fun – there’s such energy about the show. But beyond all the music and dancing, I think people are really connecting to the story itself.”

“We hear from people all the time, telling us how much the show means to them and how they relate to the difficulties we faced when we first came to this country,” he adds.

Of course, much of that story centers on the couple’s early struggles to cross over into the English-speaking pop market.

“It was really very difficult,” says Estefan, who not only has shaped the career of his own wife, but also artists such as Shakira, Ricky Martin, Jennifer Lopez, Marc Anthony, and Jon Secada, among others.

“The label wanted us to change our name, our sound. They wanted us to take out the horns. But we were determined to be honest – honest to ourselves and to our fans. You know, we came to this country looking for freedom. We left everything behind in order to come here. So, we were not going to have someone else telling us what we could or couldn’t do,” he says.

“I think that message really hits home for a lot of people in the audience. But it’s not just a Latino story – it’s a very human story. It’s about love and life, and how blessed we are to live in such an amazing country. It’s about living your dreams, and I think we’re living at a time when that’s very important. The world needs to be inspired. People need to believe in their dreams.”

Estefan says that life continues to outmeasure his own dreams. Indeed, the couple’s list of honors and accolades is nothing short of remarkable. Gloria has sold more than 100 million records and has played to sold-out crowds around the globe. Together, they have won a whopping 26 Grammys.

In 2015, the couple received the Presidential Medal of Freedom – the first time the honor has been presented to a married couple. And in September, it was announced that the Estefans will be the next recipients of the Library of Congress Gershwin Prize for Popular Song.

But in 1990, the Estefans almost lost everything when a horrific tour bus accident nearly claimed Gloria’s life.

“It was so awful – Gloria had to overcome so much,” says the devoted husband, who recently celebrated 40 years of marriage with his superstar wife. “But the accident taught us a lot, too. We don’t ever take anything for granted, because you never know when it can all be taken away. The doctors said she might not walk again, but she did. They said we might not be able to have any more children, but we did. In fact, our daughter Emily wrote a song with Gloria, which is in the show.”

“That’s the beauty of life, isn’t it? You just never know what tomorrow will bring. Every day we get up and think ‘Hey, I’m free, I’m healthy, and I’m working. Let’s go do something good today.’”

And Estefan hopes that positive message will carry through when On Your Feet! arrives in Nashville on January 15.

“I can’t tell you how excited we are to have the show coming to Nashville – a city that really appreciates good music. And we’re so lucky to have The Miami Sound Machine on the road with the show. The percussion, the horns – this is one of the tightest bands in the business. So, I hope that Music City is ready to dance.”