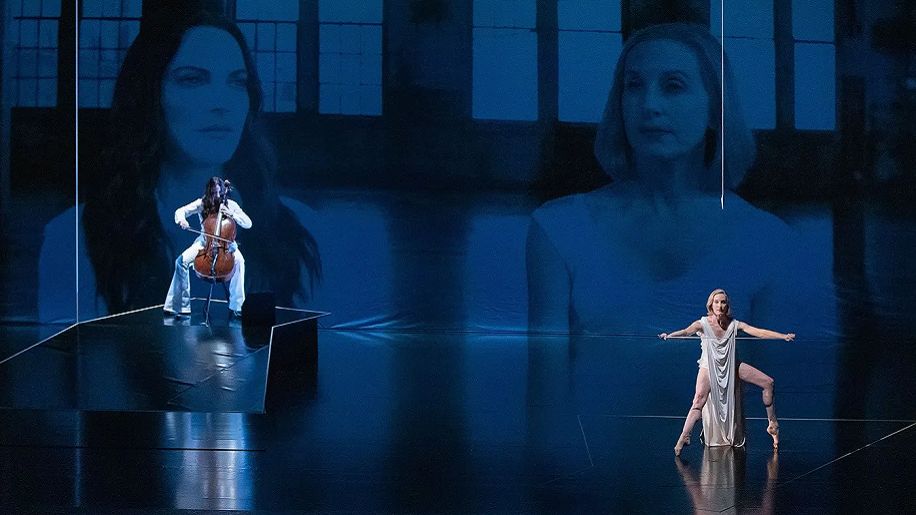 Chatting with two artists at the top of their respective fields about how the two mediums work together.

A collaboration among legends, The Day is a new music/dance work by cellist Maya Beiser, dancer Wendy Whelan, and choreographer Lucinda Childs, with music by David Lang. 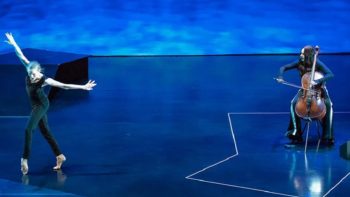 OZ Arts Nashville teams up with TPAC in partnership with Nashville Ballet for ‘The Day.’

This bold, evening-long sensory exploration of two journeys — life and the eternal, post-mortal voyage of the soul — weaves together universal themes through the shared language of music and dance.

Beiser, who conceived the piece, is a veteran of the world’s most revered stages; she has been described by the Boston Globe as “a force of nature” and by Rolling Stone as a “cello rock star.” Whelan, widely considered one of the world’s leading dancers, spent 30 years as a principal dancer with New York City Ballet and originated numerous roles in new works by the world’s most esteemed choreographers.

TPAC News Center recently talked with Beiser and Whelan about how being masters of their respective crafts blends together on stage before sharing one together at TPAC’s Polk Theater on Jan. 18.

TPAC: What’s the history of The Day? 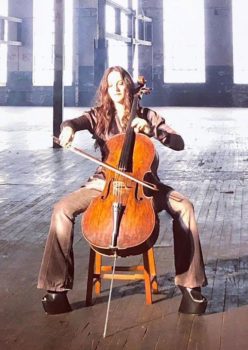 Beiser conceived the piece and has been described by Rolling Stone as a “cello rock star.”

MB: This piece has a long history. The music for this work was actually a commission from Carnegie Hall in 2003, but we started to work on it in September 2001. And of course, September 11 happened.

The piece world to come – which is the second part of this show that we’re bring to TPAC – became informed and deeply influenced by the events of September 11. Both I and my friend and composer David Lang were in New York City at the time, both of us had little kids.

TPAC: What does it feel like performing this piece with Wendy?

MB: It’s a form of interconnection. There’s something really great about performing together because there’s this reciprocal energy that happens that effects each performance. We hope to transfer that energy to the audience so they can be there and in the moment with us.

TPAC: How did the collaboration between you and Wendy come about?

MB: In 2010, Wendy Whelan danced in a film that featured the music and Wendy and I just connected right away. There was just something about her that I really admired as an artist and performer.

In 2016, I asked David Lang to write a prequel to world to come and to create a full evening, so he wrote The Day. The idea of the day was to go and explore emotions through the community. I immediately visualized Wendy dancing in the background to this music, so I called her and that’s sort of how this piece all started.

TPAC: Talk about you and Wendy’s connection and how you tell the story using being two different mediums?

MB: Yes, its two different mediums, but they’re both so deeply connected. We have a relationship that exists between the sound and the movement. It goes back and forth from being a performance of music to a performance of dance to an abstract work of art – and it’s all of the above. It’s not one or the other.

In some ways, this piece breaks away from this idea that there are separations in art because it’s so fluid. We’ve managed to create something that’s very organic. You see two women on stage. One is stationary playing a cello, the other is dancing. It’s very intimate. 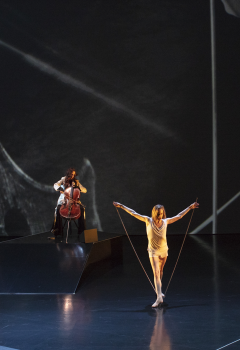 There’s also this text that corresponds to what you’re seeing. All of it becomes one thing and people can easily just get lost in all the layers. People can even see it multiple times and get different things from it, which I love.

TPAC: With everything going on, what are you thinking during performances?

MB: I’m just in it. With the exception of the stage, everything else just fades into the distance. There’ a lot of technical things, like memorization of all this complex movement and a click track in my ear. But you get to a point where you just let go, trust yourself and enjoy the ride. The best performances happen when you see the people on stage just let go. Moment to moment’s the way to go.

TPAC: Why should people who hold 9/11 in such high regard in particular come to this show?

MB: This piece is not a memorial to 9/11, and it’s not meant to be. I think its important to preface that because I don’t want people to come and think the wrong thing. This is a personal take on a communal event that happened and effected so many. It’s about the idea of those memories that we hold onto. It’s about how there’s moments in our lives that are so impactful that they stick with us.

It’s really about our humanity, and what came out of such a tragedy. Everyone’s going to get something different lout of it, depending on their own personal experiences. But hopefully everyone’s going to think differently about themselves and how they exist in the world after seeing it. This piece allows you to get in another zone, another place, and just be there for an hour. 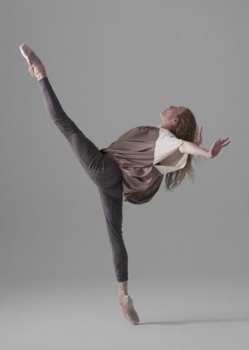 TPAC: In your own words, tell me about what it means to you to perform this piece?

WW: The Day is more than just a fresh, cool, contemporary piece. This is a piece that has taken many years and countless hours from experienced artists from all aspects all collaborating together. So, Lucinda Childs has been in the field for 50 years or so and what she brings to this work is such a breadth of knowledge between the worlds of conceptual music, art and dance.

It’s an hour-long piece for myself as a soloist dancer and for Maya who’s a soloist cellist. That’s a pretty long time to be doing your craft on stage together, so we have to be really focused. It’s takes years of practice and development to be able to own a piece like this. The subject matter is involved and included, but not at the forefront of this piece. It may not look it to the audience, but it’s quite simple at its core.

TPAC: Talk a little bit about how the dance and music work together?

WW: Lucinda, along with Maya, really dissected the music sort of like an arithmetic problem and clearly defined like a blueprint. There’s quite a bit of math involved and counting, particularly in the second half. But at the same time, I’m also improvising a lot in the first half.

So, it’s a really interesting, multi-layered and abstract work. And we don’t just spoon-feed what we want the audience to feel. Instead, we try to let the audience find themselves in the work and reflect on their own stories.

TPAC: How do you tell such an intense and emotional narrative through the medium of dance?

WW: That goes back into the hundreds of thousands of hours each of us has put into our crafts. With that level of artistry, the work sort of just unfolds through us and we just sort of let it. It’s about understanding the details of the work, but also letting it flow free through the experience.

TPAC: What makes piece unique for you specifically from a dance perspective?

WW: This is the first time I’ve worked with all-female artistic team and we’re all pretty much 40-years-old or over. So, we’re not like young kids trying to show off. We’re just trying to bring the breadth of what we know and share it with the world. 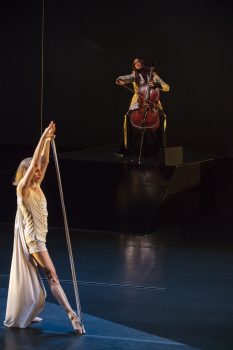 We try to lift each other up, you know. We’re not in competition with each other. Every night, Maya lifts me up through her work and I try to do the same. We all came together out of gratitude, in a way. The whole process has been incredible, and humbling, and I really enjoy this level of work.

TPAC: Talk about what’s going through your mind in these performances.

WW: I’m in a zone. Clear of thought. I’m in the piece. To me, that’s what’s so fun about dancing in an arc of an hour. Getting from one place at the beginning to another place at the end, traveling through the piece is the most thrilling part for me. My mind is really in a creative space and living in its own creative zone, honestly.

TPAC: What do you hope people take away from this piece?

WW: I hope that people find themselves in this piece; and I find that a lot of people do. In the first section, there’s a lot of text and moments that everyone in the audience will relate to. All the visuals, the set pieces, the incredible playing of Maya – they’re all going to hopefully help allow the audience to find their own zone of creativity, memory and reflection.

Hopefully, it will take them out of their bodies for an hour and let them wander in themselves. I really hope it can help people look inward and dive deep inside themselves in their own way.

“It doesn’t mean anything, but it means everything”