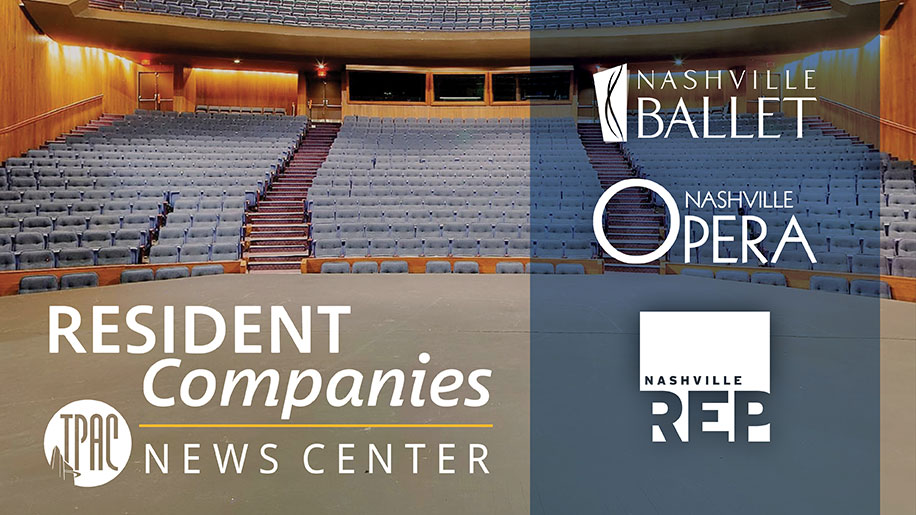 TPAC is so excited about the amazing upcoming seasons from each resident company! We sat down with René Copeland, the Artistic Director at Nashville Repertory Theatre, to discuss the exciting things the REP has in store for 2018-19…

TPAC: This is your 11th season as Artistic Director. What do you look for in shows when putting a new season together?

René: It’s a pretty complex matrix of considerations, when you’re trying to choose only four shows a season out of all the possibilities.  Some of the considerations that start narrowing down the list are practical considerations: Do we have the right combination of talent here to not only do it but do it well? Can we afford to produce it? Is it a good show for our theatre space? Does it offer an appropriate level of ticket sales potential, etc. But the starting list of possible shows is always determined by how it appeals artistically: Does it feel like it’s a show that can make the kind of impact on an audience we’re interested in making? Does it contain artistic challenges that we want to tackle? Will it be a chance for real connection with our audience, here and now? Does it offer a point of view that will prompt a lively conversation? Will it move peoples’ hearts? Is the quality of the text compelling? Does it demand excellent acting? Does it let us use our theatre space in an exciting way? We also want to bring to Nashville a lively mix of types of play: straight and musical, classic and latest Tony-winner, comedy and drama, contemporary and period piece. So in choosing a season, we strive for a compelling mix that go well together in some way. In the end, you find yourself basically starting with a huge list of all the plays you love, and then you start culling down and shaping the season based the current answers to some those kinds of questions. 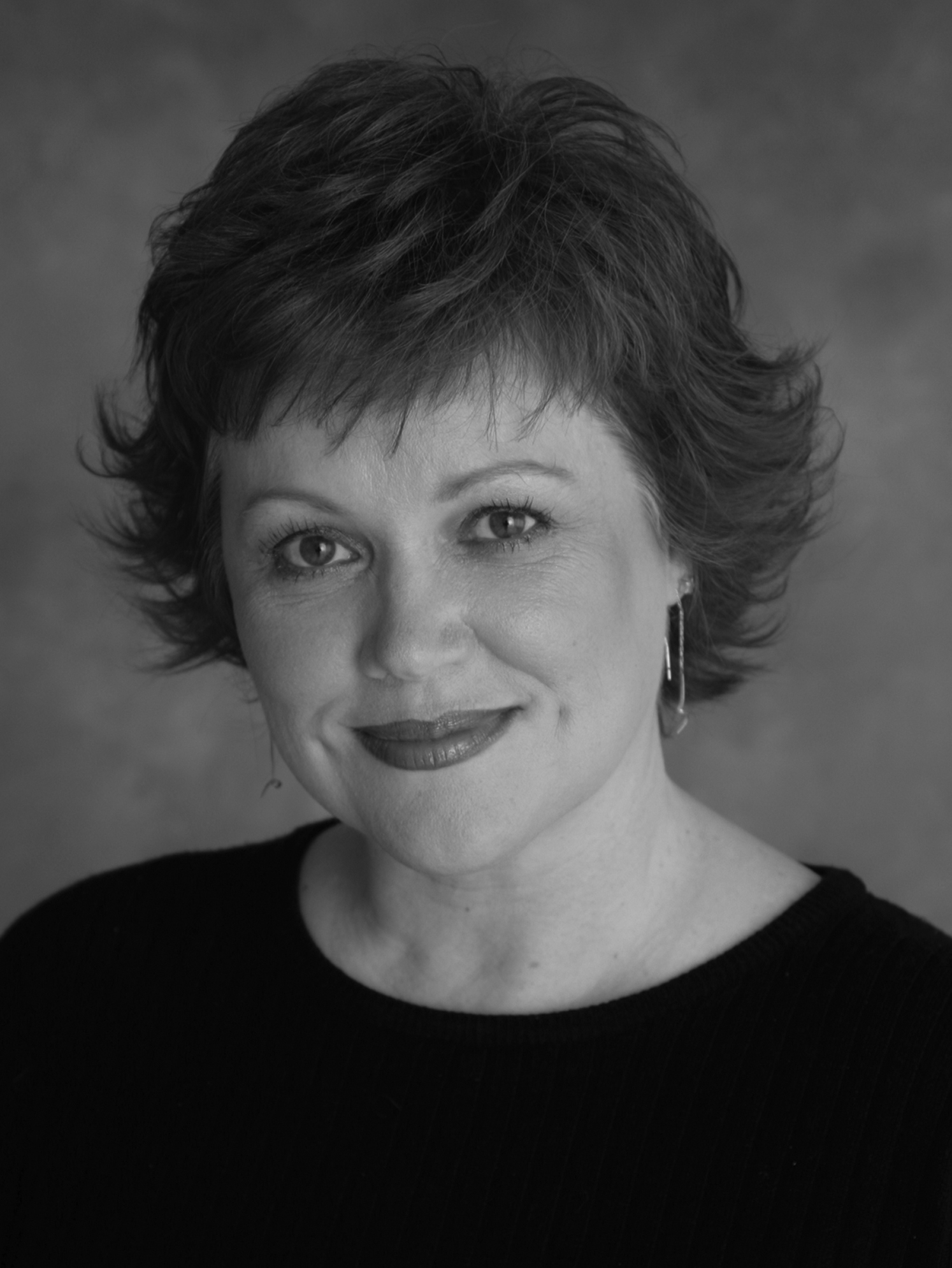 TPAC: You’re starting the season with a bang with Avenue Q, what do you want audiences to know about it before seeing this show?

René: This show fires on all pistons for me.  It is a musical, which I love, and the music is terrific.  It’s hilarious but also insightful and thought-provoking.  Watching the combination of human actors and puppet characters is some of the most fun you’ll ever have in the theatre.  And it takes the thing all of us who love Sesame Street might expect from a “puppet” show, and turns it on its ear by being completely and wholeheartedly for adults only.  How many other shows in this world could you describe using both the words “puppet” and “sex”? So, don’t bring the young ones, but do bring an expectation for a really good time.

TPAC: This is the 10th consecutive year you’re doing A Christmas Story. For anyone who has seen it before, what can people expect to be the same or different from previous productions?

René: Since we’ve become a part of families’ holiday tradition, we feel a certain responsibility to maintain the core of the tradition.  So over the years, with the occasional change of actors, we have nevertheless tried very hard to be the thing that folks are coming to see.  The challenge is to make it feel fresh and spontaneous every year, and we accomplish that both because we have spectacular actors and because we interact so much with the audience and their responses are always spontaneous. This year we have a return of four actors, one completely new actor, and two actors who are returning from previous years after a bit of a break, so this will be a fun mix. This is also the final year, and so for anyone who has been meaning to come but hasn’t gotten to it yet, or for anyone who needs one last fix before it’s gone, this year is your last chance! 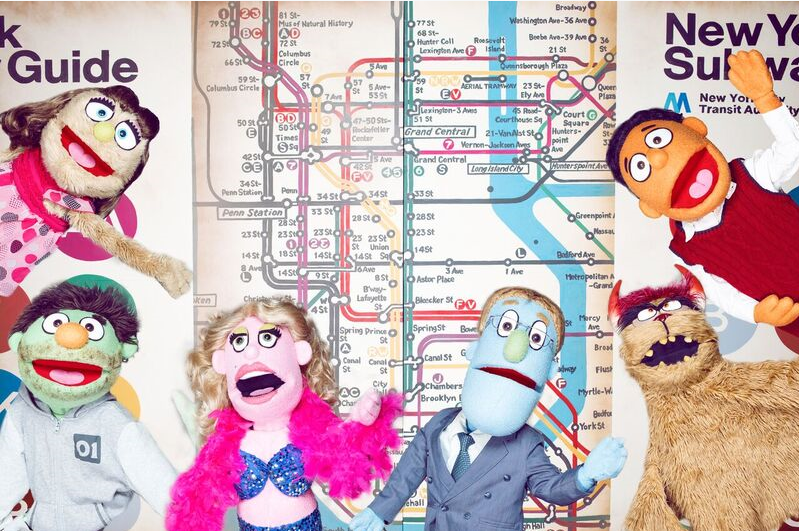 The puppets of Avenue Q

TPAC: Shakespeare in Love is a popular movie, what can audiences expect from the stage adaption?

René: When I saw the movie, and fell in love with it, I was taken with how much it really is a valentine to Theatre.  Of course, one of the screenwriters is one of the greatest playwrights ever, Tom Stoppard, so it also had very play-like dialogue and smart wit and brilliant poetry to its prose. But as a theatre artist, the movie really spoke to me—the language of theatre was the language of love and all the characters were robust and sexy and passionate about making a play—it was thrilling. When I heard there was a stage adaption, it seemed like the most natural thing in the world. Of course it should be on the stage. The adaptation successfully captures all the best things about the movie, and the changes made to accommodate its being a play are all clever and right in step with the spirit of the movie.  So expect a rousing good time, with passion, poetry, sex, live music, sword fights, and a dog. And an impossibly complicated final scene around Romeo & Juliet’s first performance. (After directing Noises Off, I thought I was done with directing a show with a play-within-a-play that shows both front of stage and back stage, but turns out, no.) We have assembled a terrific cast, and if you didn’t already love theatre, you will after you come see this show.

TPAC: This season is sure to spark conversation with the strong central themes and different messages that can be drawn from each show. What discussions are you hoping people can have after seeing the Rep’s productions of shows like Avenue Q, A Dolls House Part 2, and Topdog/Underdog?

René: One of the things I’m most excited about when looking at this season is the various conversations that will get sparked.  And each of the plays do have strong central ideas, and one of the things about theatre is that each audience member receives the idea in their own way, so it will be interesting to hear how discussions go. What I always hope for is that folks will be prodded to think about things a little outside their comfort zone, and maybe from a point a view that is different from their own. What is true about all of the plays, as different as they are, is that at the center is someone trying very hard to figure out how to be who they really are and then live that life.  The choices that the different characters in the different plays make to fight that fight is what makes each play its unique exploration of a universal question. But I think there will be lots of good conversations around being able to relate to some choices, and being repelled by others.

TPAC: What about this season is different than previous seasons with the Nashville Rep?

René: Since we start with a very broad scope of play possibilities every year, and then craft it down to something that makes sense for here and now, I always feel like every season is different. As we respond as artists to the cultural and societal soup that we are all swimming in, the things we want to make art about goes with that flow a bit.  For example, last year, with Bloody Bloody Andrew Jackson and Inherit the Wind on the same season, you might guess that our politic situation was much on our mind. This year is more introspective, in the sense that all the plays ask questions more about individual drives and passions, although absolutely in the context of what society expects from you.

TPAC: What do you hope your audiences will get out of the lineup of shows this season?

René: There’s no doubt in my mind that our audience will find each and every show enjoyable and highly entertaining. Production values will be spectacular as always, and the theatre artists we get to work with both on stage and behind the scenes are the best. But for us, being entertaining is a tool—an indispensable tool—toward our ultimate goal of connecting the community in conversations around topics that as humans we should be discussing, and expanding everyone’s ability to see and feel things from another person’s point of view.  Also, theatre is such a terrific way to not only have a good time, but to share an experience in a roomful of other human beings, something that carries its own restorative energy. So my hope is that our audience get great entertainment, saturated with a certain kind of satisfaction that comes from engaging in real community.