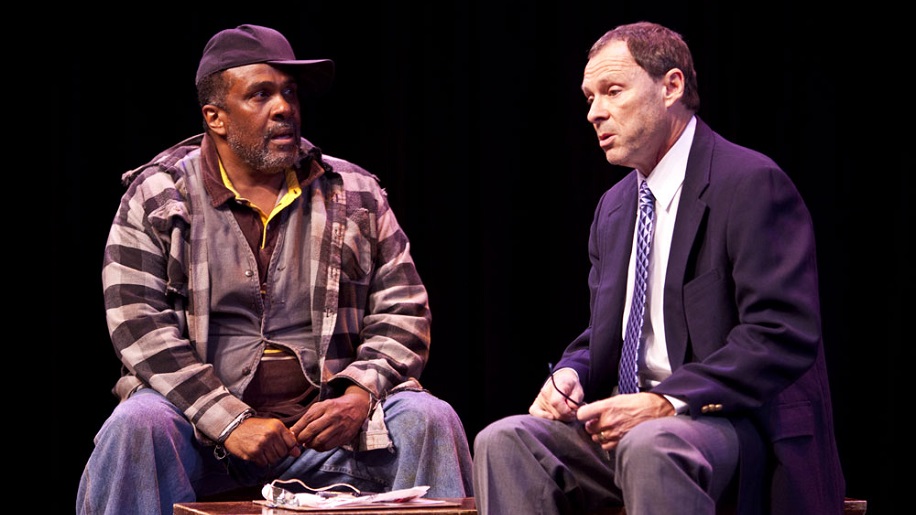 Tennessee Performing Arts Center is forever grateful for the vision, artistry, and friendship of Barry Scott who passed away last week at the age of 65.

Scott inspired tens of thousands of students who attended performances on TPAC’s Season for Young People of works ranging from William Shakespeare to August Wilson, along with his own creations of Dr. Martin Luther King Jr., The Fisk Jubilee Singers, and African American arts and culture.

Most recently, Scott played “JJ,” a homeless man in STAND, a play by Jim Reyland that was inspired by Reyland’s longtime friendship with a man whose addiction, mental illness, and other complex circumstances led to homelessness.

When Scott met with audiences after a performance of STAND, there was an audible reaction among the students who were startled to hear him speak for the first time in his eloquent and resounding voice. Whether he was playing Johnny, Dr. Martin Luther King, Jr., or Macbeth, Scott had a remarkable gift for transformation as he created diverse, believable characters on stage.

When TPAC presented a challenging play, Scott often gave a pre-show curtain speech. He respected the intelligence of young people, and they sensed his authenticity. He challenged them to be in conversation with each other, and he encouraged them to be better and to do better.

In these pre-show remarks, Scott often said, “We are about to receive a gift. We are going to receive the opportunity to look through a window, to experience the world in another time and place.”

Through many experiences with Scott, he helped us to make sense of the world and to better understand ourselves and each other. We shared impactful moments together with him, and we walked away from his performances feeling both challenged and hopeful.

No one at TPAC struggles to find words to describe him. They instantly offer up big words about him which convey strength, power, and greatness: Formidable. Intense. Magnetic. Mesmerizing. Majestic.

But, when he laughed, it was the truest thing you’ve ever seen.

TPAC celebrates the memory of Barry Scott and his contributions to theatre, arts education, and building up communities in Nashville and nationwide.