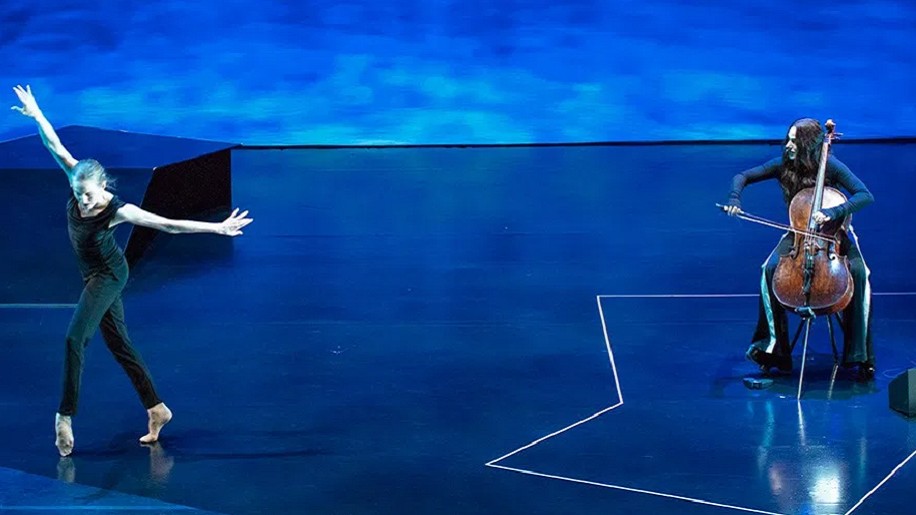 In a lot of cities, art institutions stay in their corners in competition against one another — not in Nashville.

Beiser conceived the piece and has been described by Rolling Stone as a “cello rock star.”

In Music City, we believe in collaboration. No show represents that better than The Day, which combines music, dance and theater for one reflective performance on Jan. 18.

Sometimes, it takes three of Nashville’s leading arts institutions — OZ Arts Nashville, TPAC and Nashville Ballet — to get multiple legends from the worlds of ballet, contemporary dance and music on the same stage.

Renowned cellist Maya Beiser explains the origins of the piece, a work that has been a longtime in the making.

“We started working on the piece on September 11,” Beiser says. “We were there, in New York City when it happened. The piece became inspired by those events.”

These four creative minds at the top of their disciplines bring their individual mastery to this soul-stirring performance inspired by the events of 9/11.

“The Day is based on this idea of life after death,” Beiser explains. “A Jewish mystical concept of what happens after we die, when the soul separates from the body.”

Whelan, widely considered one of the world’s leading dancers, is a Louisville native who spent 30 years as a principal dancer with New York City Ballet and originated numerous roles in new works by the world’s most esteemed choreographers. Beiser, who conceived the piece, has been described by Rolling Stone as a “cello rock star,” and is a veteran of the world’s most revered stages.

The two will be on stage all evening, embodying the iconic choreography of Childs (a Commandeur in France’s Ordre des Arts et des Lettres and 2018 inductee in the Hall of Fame at the National Museum of Dance) set to original music by Lang.

Nashville Ballet Artistic Director Paul Vasterling is happy to host such a raw talent in the world of dance.

“Wendy is one of the greatest American ballerinas of our time,” Vasterling says. “She’s the artistic director of New York City Ballet, and she represents this incredible standard for exceptional choreography and artistry.”

For OZ Arts Artistic Director Mark Murphy, it’s always nice to have a partner with TPAC and Nashville Ballet.

“I was very impressed that TPAC and Nashville Ballet both instantly agreed to come on board when we approached them with this idea. Critical response for The Day has been astounding across the country, and I couldn’t be more excited to bring this beautiful work to Nashville right before its European debut in Paris.”

But Christi Dortch, Executive Vice President for Programming and Sales at TPAC, reminds everyone why we all do it in the first place: to shine a light on arts that deserve to be seen.

“It just makes sense for our organizations to partner on something for which we both have a passion and felt deserved a chance to reach a larger audience,” Dortch says.

The Day had its world premiere earlier this year at the esteemed Jacob’s Pillow Dance Festival and has been shown at leading performance venues around the country, including UCLA’s Center for the Art of Performance in Los Angeles and The Joyce Theater in New York.