Home > News Center Stories > #SocialDistancing: When you can’t go to the arts, the arts come to you

#SocialDistancing: When you can’t go to the arts, the arts come to you 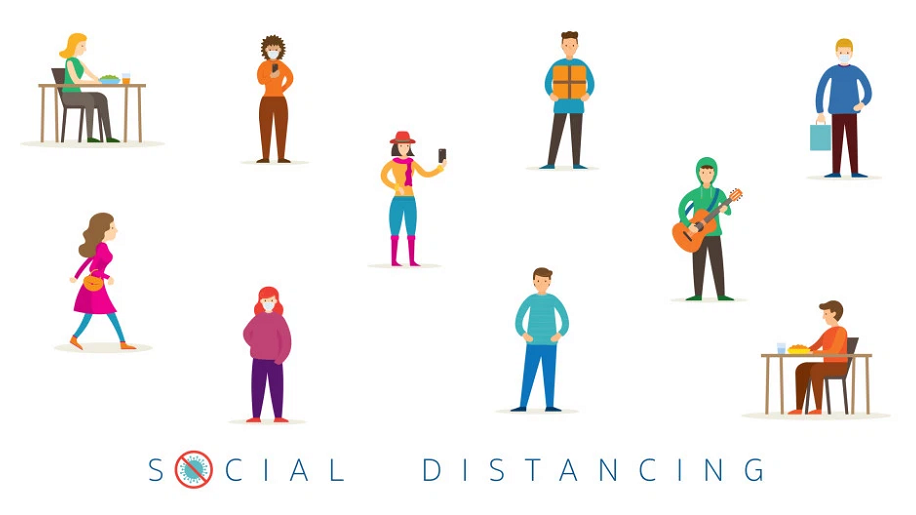 Artists and arts organizations cope with Coronavirus anxiety by continuing to give the gift of art.

Art and creativity never stops — even during an international pandemic.

The Coronavirus pandemic has temporarily changed our way of life and, to prevent its spread, social distancing is essential within our community. But that doesn’t mean your enjoyment of arts and entertainment is over.

In fact, artists and arts organizations everywhere are finding creative ways to keep art flowing digitally despite the country’s current quarantine. Through live streaming and social media, there is so much happening online to enjoy from the comfort and safety of your home.

During this crisis, let these positive examples remind you of the power the arts have to strengthen, unite and inspire:

Renowned cellist Yo-Yo Ma is sharing live performances on social media called “Songs of Comfort.” On March 13, Ma picked up his cello and played his rendition of Antonín Dvořák’s “Going Home” from 1893’s Symphony No. 9.

Ma has recorded a version of the Czech composer’s song with his Silk Road Ensemble and banjoist and singer Abigail Washburn for their 2016 album Sing Me Home, which won the Grammy for the world music album in 2017.

In an attempt to spark some artistic joy, Lin-Manuel Miranda released a previously unheard cut track from Hamilton titled “I Have This Friend.” “Wish I could send you peace of mind via this app,” Miranda said on Twitter. “Alas. But I can send you music no one’s heard. Here’s a cut Hamilton/Washington tune called ‘I Have This Friend.’ No one’s heard it, not even Kail.”

Tony-award winning singer and actress Laura Benanti put out a call on social media to all the canceled or postponed high school musicals and the response is jaw-dropping.

Most of the videos are tagged #SunshineSongs and we highly encourage you to spend time watching these little pops of pure joy. One high school theater department belts out the banger “Waiting for Life” from Once On this Island, this little snippet from one school’s rehearsals for Bright Star or this performance of Jekyll and Hyde’s “A New Life.”

‘Stars In The House’ by The Actors Fund

The Actors Fund, the national human services organization for everyone in performing arts and entertainment, announced today that SiriusXM Broadway host Seth Rudetsky and his husband, producer James Wesley, will produce daily online mini-shows, entitled “Stars In The House”, featuring stars of stage and screen singing and performing live (from home!) to promote support for The Fund’s services for those most vulnerable to the effects of Coronavirus (COVID-19).

“Our main concern is raising spirits and helping The Fund help those who are suffering,” Seth said. “We’re hoping that everyone watching will not only enjoy the amazing singing and the inside Broadway stories, but also donate to ActorsFund.org/Donate. And, because social distancing is so important right now, every star will be singing from his/her own home!”

Stars In The House will air twice daily at 2 pm and 8 pm, and can be viewed online at youtube.com/theactorsfund as well as Playbill.com and BroadwayWorld.com, beginning Monday, March 16 at 8 PM ET.

Over 300,000 people tuned in to a livestreamed performance from Coldplay front man Chris Martin for the first #TogetherAtHome virtual concert encouraging people to stay at home amid the coronavirus pandemic.

Martin teamed with Global Citizen and the World Health Organization, interacting with fans and performing songs from his home on Instagram Live as part of the program. Martin says he and his bandmates are stuck in different countries and can’t get together to play.

Since then, John Legend, Pink and Charlie Puth have submitted their own livestreamed concerts under the same hashtag.

Third Man Records brings the studio to you

Third Man Records will launch a series of daily live-streamed performances dubbed “Third Man Public Access” from the Blue Room at its Nashville headquarters every day at 12 p.m. CT, kicking off with a set from new age steel pedal player Luke Schneider. The shows will take place every day on Third Man’s YouTube page for the “foreseeable future” and feature some of the label’s “favorite artists sharing whatever is inspiring them during this impossibly dystopian moment in time.” Fans can use Venmo or Paypal to tip the entertainers.

When it comes to people you’d most like to read you a bedtime story, actor Josh Gad from Disney’s Frozen series and The Book of Mormon on Broadway is certainly up there. The book of choice was Olivia Goes to Venice, which Gad read with voices for each character.

“Since we’re all stuck at home right now I figured we would have a little fun together,” Gad said via video released on his Twitter account. “I decided I’m going to read to you and your children, or just you depending on what you prefer. I’m not going to pass judgment right now since the world is a little bit of a hot mess. But I thought tonight we would one of my favorite books about one of my favorite places that none of us can really go to, a little place called Venice in Italy.”

Kickin’ it with Keith

Country star Keith Urban took to the basement of his Nashville home to deliver his own private performance to fans at home. With his wife Nicole Kidman standing by, Urban played his own intimate set only for Instagram.

Urban was set to host the 2020 ACM Awards in April, but the event has been postponed until September.

Live From Here host and bluegrass prodigy Chris Thile kick started a new digital series called “Live From Home,” featuring self-recorded performances of musicians around the globe as they find ways to create and share music in the midst of the coronavirus pandemic.

Grammy-award winning musician and powerhouse performer Lizzo led a 30 minute meditation, “to promote healing during this global crisis,” according to her Instagram caption.

Lizzo starts her video with a little music and then transitions into a short, calming talk, “It’s a scary time for a lot of people and even I was experiencing some fear,” she explained. The singer revealed that she is eager to find ways to help the children who will no longer be able to partake in the lunch programs at schools and hospitals. But first she wanted to reach out and find a way to help people avoid fear.

St. Patty’s concert comes to you

For the first time in 24 years, Dropkick Murphys didn’t play a live show in Boston on St. Patrick’s Day weekend. So, what did they do? They streamed it live so everyone could crack a Guinness from their couches and enjoy the tunes.