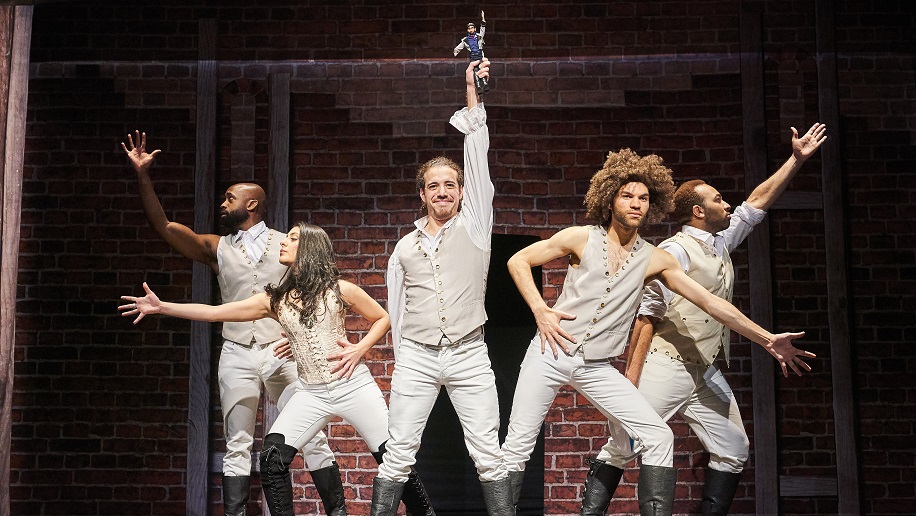 After tearing it up in New York, Chicago, Los Angeles, and London, Spamilton: An American Parody will stage a singing, dancing, comedy revolution in Nashville from April 7 – 19 at TPAC.

Created by Gerard Alessandrini, the comic mastermind behind the long-running hit Forbidden Broadway and performed by a versatile cast of seven, Spamilton is a side-splitting new musical parody.

Promising nonstop laughs and impressive music and dance numbers, Spamilton pokes fun at Lin-Manuel Miranda’s creation of Hamilton and the show’s overwhelming popularity. Spamilton is packed with parody versions of hit Hamilton songs, including turning the original show’s “What’d I Miss?” into the spoof “What Did You Miss?” satirizing the density of information in Hamilton.

“The point was to make it all as funny and zany as it could be, with lots of both parody songs and parody dancing,” Alessandrini says. “And audiences don’t need to see Hamilton to enjoy Spamilton,” he emphasizes.

The show also parodies the overall theater industry, with jokes about Stephen Sondheim and many other famous Broadway shows. Even non-theatergoers will appreciate the physical comedy and skilled performances. “You can enjoy this on many levels,” he assures.

Marilyn Stasio of Variety mused, “Hip-hop, Broadway showtunes, Viennese waltzes — is there anything this guy can’t write? No, not Hamilton creator Lin-Manuel Miranda, but Gerard Alessandrini, whose ingenious parody Spamilton simultaneously salutes and sends up Miranda and his signature musical.” Ben Brantley of The New York Times beamed, “This smart, silly, and often convulsively funny thesis, performed by a motor-mouthed cast that is fluent in many tongues, is the work of that eminent specialist in Broadway anatomy, pathology, and gossip, Gerard Alessandrini.”

Get tickets to Spamilton at TPAC.org.