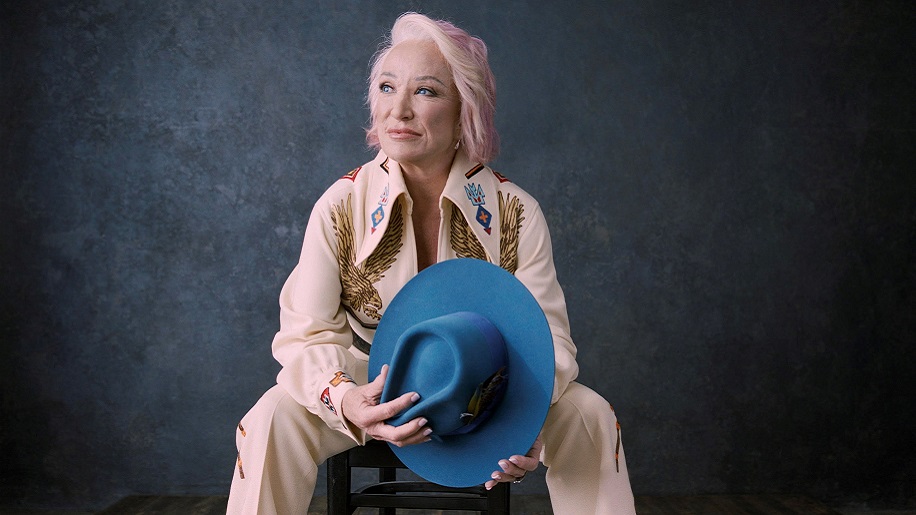 Tanya Tucker's While I'm Livin', out now, builds on her storied country legacy.

Country outlaw Tanya Tucker has made a career out of her charismatic sass.

The country hellraiser, who recently appeared on The Tonight Show starring Jimmy Fallon and TODAY to promote her first full-length studio album in over a decade, While I’m Livin’, headlines the AmericanaFest Day Stage at the historic War Memorial Auditorium today at 5 p.m., following Della Mae at 12 p.m., Rising Appalachia at 1 p.m., Che Apalache at 2 p.m., Aubrie Sellers at 3 p.m. and Molly Tuttle at 4 p.m.

The 60-year-old country singer who shot to fame with Delta Dawn in 1972 at 13 has never performed a full headlining concert at Ryman Auditorium, but that’ll change next year. She will bring a set list of iconic hits, new songs, and a few special guests for Tanya Tucker & Friends at the Ryman on January 12. Tickets go on sale to the public today.

Tucker’s career resurgence has given her a front row seat in all the AmericanaFest fun. In addition to headlining the Day Stage later today, she made an appearance late last night following Kelsey Waldon’s set at 3rd and Lindsley. Tucker took the stage with Brandi Carlile, who was a co-producer on While I’m Livin’ and also won Artist of the Year earlier in the night at the festival’s Honors and Awards show.

Tucker, whose career started when she was young and has spanned almost 50 years, is in full comeback mode. That same storied career has been lauded with bestselling albums, awards and recognition – including an exhibit at the Country Music Hall of Fame.

With the help of co-producers Carlile and Shooter Jennings, While I’m Livin’ marks Tucker’s 10th Top 10 Billboard Top Country Album and first-ever No. 1 on Nielsen’s Americana/Folk chart. The Fantasy Records release is the country star’s first new material in 17 years. Additionally, While I’m Livin’ scored impressive debuts overseas landing at No. 2 on the UK Country chart, No. 3 on the UK Americana chart and No. 3 on the Top Country Albums chart in Canada.

Watch the While I’m Livin’ album trailer below and check her out today at War Memorial Auditorium.