The Art of Holiday Cocktails connects community with cocktails, cuisine 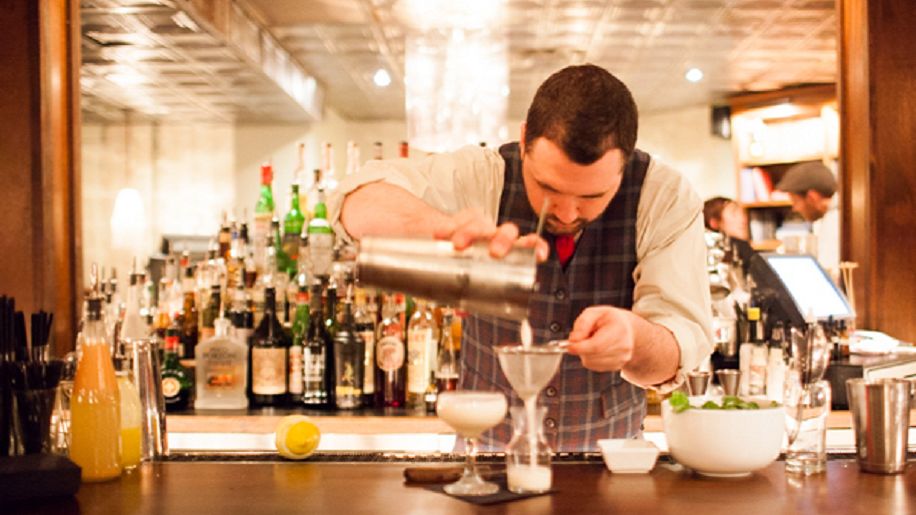 Shaken or stirred, the arts always go down smooth.

At TPAC, we celebrate the arts.

Typically, arts are consumed through sight and sound, visually or audibly.

But The Art of Holiday Cocktails event — which takes place December 12 at War Memorial Auditorium — will prove there is an art to what we consume literally through a festive tasting experience and hands-on cocktail-making workshop.

That’s why TPAC has partnered with local businesses Athens Distributing and Char to put on an event where you can not only eat great cuisine and drink great cocktails, but also learn how to do it yourself from professionals with decades of experience in the industry.

One of those professionals is Doug Monroe, who’s worked for Athens Distributing for four and a half years as the spirits specialist and “go-to cocktail guy.”

Before he started working for Athens, Monroe worked in the restaurant industry for almost 20 years honing his chops behind the bar.

“I worked at The Patterson House for almost four years,” Monroe says. “That was really the first bar to kick the door down as far as fine cocktail and mixology goes.”

Over the past five years, Monroe has had a front row seat to a cocktail scene that has exploded in Nashville.

“Before Patterson or Holland House, nobody was doing this in Nashville,” Monroe explains. “Now you see them popping up all over the place, embracing the versatility of Italian liquors, bitter things, amaro’s, using egg whites and other techniques that get people to stop drinking vodka all the time.”

The Art of Holiday Cocktail event’s mission is simple: to enjoy local flavors and learn some tricks to take the intimidation out of cocktail-making.

“You shouldn’t have to pay $15 dollars at a fancy bar to get one of these,” Monroe says. “As complicated as it can get with ice molds and ridiculous garnishes, sometimes it’s hard to remember that you can easily do it at home.”

The first drink is a riff on a Negroni. It’s a boulevardier (whiskey, sweet vermouth and Campari), so it’s sort of like a whiskey Negroni infused with thyme for a holiday theme.

“It’s boozy and bitter, which you may need after the in-laws come to town,” Monroe jokes.

The second is a tiki-inspired drink. It’s filled with apricot liquor and a little bitter Italian liquor, but it also has some rum, lime juice and pineapple juice.

“It has that ‘Christmas on an island’ feel,” Monroe says. “This one’s more approachable and won’t knock you off your feet too early.”

The third cocktail is a punch. It has tequila, lemon, ginger, some orange and pomegranate juices, then topped with brandy.

“Punches are a great way to throw a lot of different ingredients in to infuse holiday flavors and come out with something special,” Monroe says. “I always tell people it’s a good way to clean out the pantry.”

Monroe says he and his fellow Athens mixologist will teach attendees not only how to make the drinks, but the smartest way to serve them as well.

“We’re also going to talk to people about how to batch cocktails, making bigger portions and how that works so you’re not necessarily slaving behind a bar all night. You can put a bowl and go party with your guests all night.”

The culinary portion of the community event comes from appetizers provided by Char, a contemporary restaurant in Green Hills focused on steaks, seafood and — of course — signature cocktails.

Char is one of 16 restaurants, including Amerigo, Saltine, Etch, Etc., Anjou and Sombra, across the Southeast part of 4top Hospitality Group.

Marketing Director Ali Gensert explains that this isn’t the first partnership between TPAC and 4Top — and it won’t be the last.

“It’s so important for people to celebrate and learn about the arts,” Gensert says. “We know how magical it is for families to come see a show together at TPAC — and we just want to be a part of that.”

According to Gensert, each restaurant of 4Top supports TPAC in a different way.

“Amerigo Italian restaurant has had a partnership for as long as I’ve been with the company which over 13 years,” Gensert says. “It’s has always hosted the Hats Off to Volunteers Lunch In, which is one of the ways TPAC gives back to its volunteers each summer.”

4Top restaurants have also catered TPAC’s donor lounge during the run of Broadway shows, as well as Arts Appetizers for select events.

“That’s the point, everyone’s involved,” Gensert says. “This Art of Holiday Cocktail event is the perfect way for Char to show its support for the arts.”

Two of the event’s featured appetizers will be miniature tuna wonton tacos and shaved prime rib on toast points with horseradish.

But it’s the former Patterson House mixologist who sums it up best.

“You’re making people happy, that’s what this event really is.”

The Art of Holiday Cocktails is at 6 p.m. on Dec. 12. Event proceeds benefit TPAC’s cultural and educational mission.

This Event is 21+. Valid ID will be required for entry.

Get tickets to The Art of Holiday Cocktails at WMA on December 12.