‘The People Sing!’ brings to life the extraordinary history of ordinary people 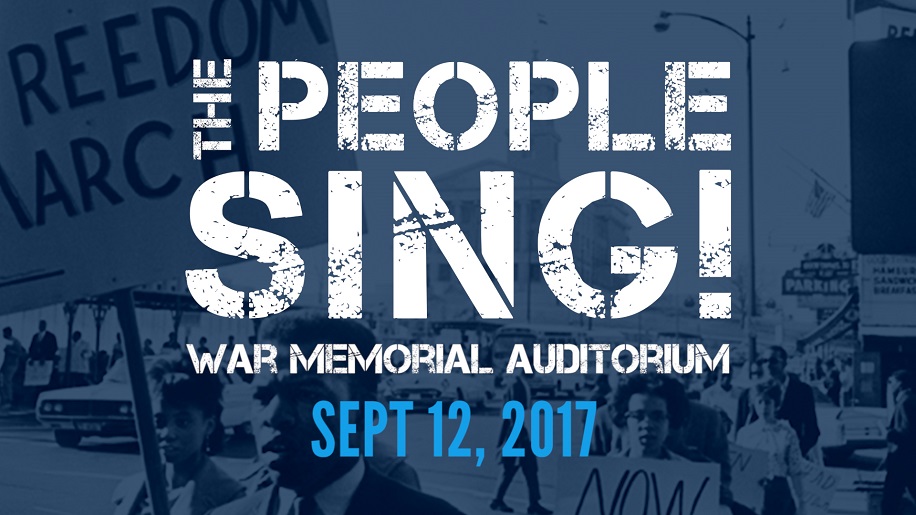 The Americana Music Association, Voices of a People’s History and War Memorial Auditorium present The People Sing! on Tuesday, Sept. 12, 2017, at 7:30 p.m., a separately ticketed event taking place on the opening night of the critically-acclaimed AMERICANAFEST℠: The Americana Music Festival & Conference.

Voices of a People’s History of the United States is a non-profit organization which builds on the work of historian Howard Zinn (1922–2010) to bring to light little-known voices from U.S. history, including those of women, African Americans, Native Americans, immigrants and laborers.

By involving celebrated actors, musicians, and public figures in performances, Voices inspires audiences to delve more deeply into historical texts and to see history as a lively, relevant and contemporary subject, not just a matter of books sitting on the shelf. The organization also works with teachers and educators to develop resources for the teaching and exploration of history and with theaters, actors and artists interested in history.

The 18th Annual AMERICANAFEST℠ will take place Sept. 12-17, 2017. The event will once again bring together fans and music industry professionals alike, offering six days of celebration through seminars, panels and networking opportunities by day and raw artist showcases by night. The Americana Honors & Awards Show is the hallmark event of the week’s festivities and will take place at the historic Ryman Auditorium on Sept. 13.

About the Americana Music Association℠

Since its dedication in 1925, War Memorial Auditorium has earned a stellar reputation with artists and audiences for its world-class acoustics; open floor and seated configurations; and charming neoclassical aesthetic. The War Memorial Auditorium, built originally to honor Tennesseans who fought and died in the First World War (1914-1918), is recognized for its distinctive architectural design. Architect Edward Dougherty achieved the American Institute of Architecture’s highest honor, the Gold Medal Award, for his work, and the building’s iconic statue, “Victory,” which stands in the center courtyard was designed by renowned American sculptor and Tennessee native, Belle Kinney. The venue has served as home to the Nashville Symphony (1925-1980) and the Grand Ole Opry (1939-1943), and it remains a premier concert venue for Nashville.