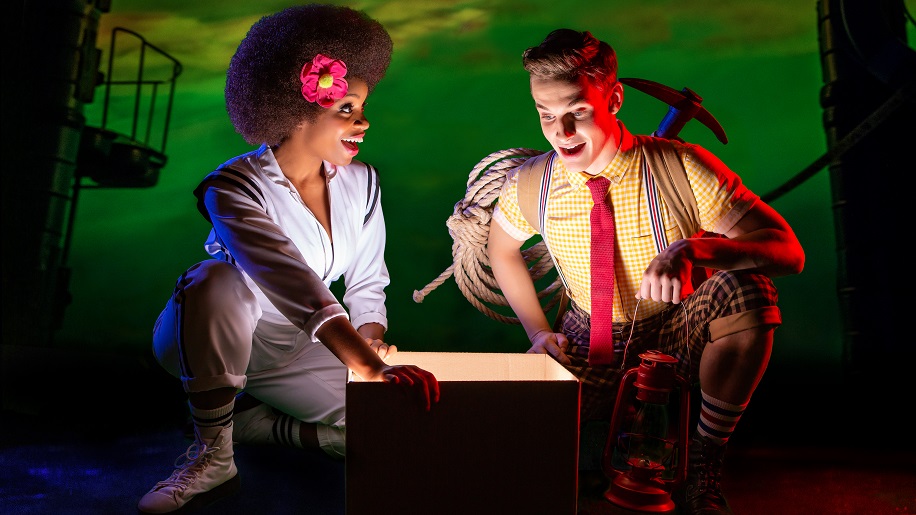 Music City may not be a pineapple under the sea, but that won’t stop The SpongeBob Musical  from splashing its way into TPAC’s Jackson Hall for the first time Nov. 5-10.

After 11 seasons, two movies and more than $13 billion in merchandising revenue, the animated residents of Bikini Bottom have left their underwater dwellings to conquer the Broadway stage.

Broadway’s best creative minds bring to life the beloved Nickelodeon series with humor and heart in an exuberant “party for the eyes and ears,” says The Daily Beast. Be there when SpongeBob and all of Bikini Bottom face catastrophe – until a most unexpected hero rises to save the day.

SpongeBob SquarePants was created by Stephen Hillenburg and originally aired on July 17, 1999. The character-driven cartoon chronicles the nautical and sometimes nonsensical adventures of SpongeBob, an incurable optimist and earnest sea sponge, and his undersea friends. As the most widely distributed property in Viacom International Media Network’s history, SpongeBob SquarePants has reigned as the number-one kids’ animated series on TV for the last 17 years, generating a universe of beloved characters and a global fan base. The porous protagonist is seen in more than 208 countries and territories, translated into more than 55 languages and averages more than 100 million total viewers every quarter.

“I will always vow and pledge allegiance to this town that I hold dear, for all are welcome here.”

So, if nautical nonsense is something you wish, TPAC is where you’ll want to be Nov. 5-10. Take a deep dive into the depths of theatrical innovation with The SpongeBob Musical, where the power of optimism really can save the world.

Get tickets to The SpongeBob Musical starting on Sept. 13 at TPAC.org.