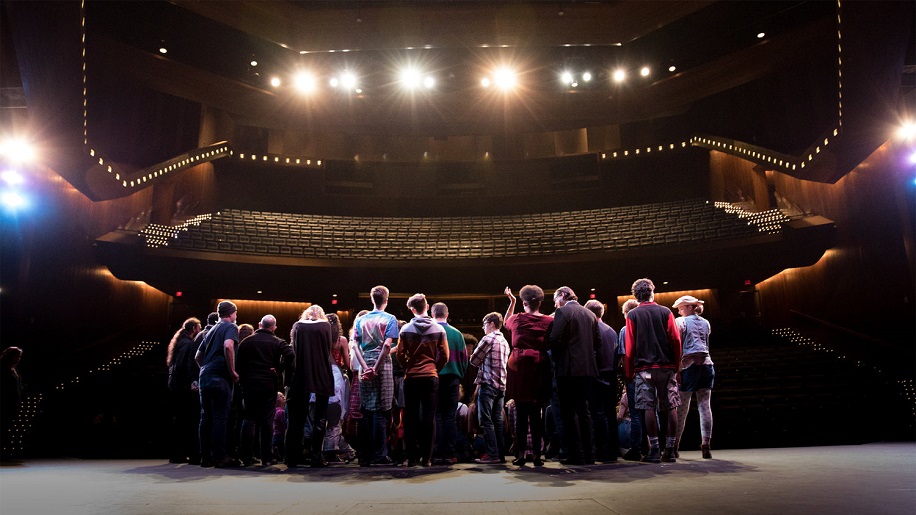 ‘Quaranteened’ is a virtual musical presented by The Theater Bug.

With proms, spring musicals, and graduations being canceled across the country, high schoolers everywhere are losing out on important memories and milestones.

“It’s the time of their lives where they’re really trying to explore their independence — they’re falling in love for the first time, they’re hitting all these milestones, and their friends are their whole world,” says Cori Anne Laemmel, Artistic Director of The Theater Bug.

That’s where arts organizations like The Theatre Bug come in to fill the creative voids of young artists with a unique, exclusively-digital performance opportunity.

From the minds of Laemmel, Nashville Rep’s Nate Eppler, and Laura Matula, Quaranteened is an original musical created and performed by teens ages 13-19 about the changes in the world they’re facing today.

“Finding ways to give kids voices around social issues that are impacting them right now was something we really had our hearts on,” Laemmel says. “By then end of it, the hope is that they’re reminded of their own value and worth — which can be really hard in a time that you feel isolated.”

According to Eppler — who serves as one of the project’s teaching artists — the continued creation of new works is something everyone needs right now.

“I’ve always believed the best way to respond to a moment is with the language of that moment,” he says. “And new plays are sometimes the best way we can process the world we find ourselves in.”

Eppler says he and Laemmel had been talking for a while about a partnership between Nashville Rep and Theater Bug with the Rep’s Ingram New Works project. The plan was to help mentor students to write short plays, work on them with actors, and present them as part of a festival.

“When the pandemic occurred and we moved into quarantine, there was no question that we had to adjust to make something about right now,” Eppler says. “Getting a chance now to mentor these kids through the isolations they’re experiencing is really important.”

Here’s how it will work. After the completion of the script formulated from writing submissions, actors may audition to perform the script by being directed remotely and self-taping their pieces. The Theater Bug team will then edit together the scenes and songs to create a finished product. Students will participate via Zoom, FaceTime and email and — oh, yeah — the program is free.

“We will take writing submissions this week,” Laemmel says. “Kids can submit a monologue, a short scene, or a song. It’s Nashville, so of course we want to make sure we have that musical element.”

As Nashville’s theatre community watches this innovative project develop over the next few weeks, Laemmel sums it up best.

“It’s all about community. There’s a lot of loss that these kids are going through right now, and I don’t want them to lose the community they have at the Bug, too,” she says. “Plus, in such divisive times, I think hearing the artistic perspective of kids is so important because I find that people are more receptive when a kid is telling the story. They’re more open to a unifying message.”

“We are very excited to make some fantastic art with you, but ask that everyone remember that this is uncharted territory for us all. Participants will be asked for their understanding and flexibility as we learn how to create together.”