Home > Timothy Gulan on becoming not one, but three of Lloyd Webber’s ‘jellicles’

Timothy Gulan on becoming not one, but three of Lloyd Webber’s ‘jellicles’ 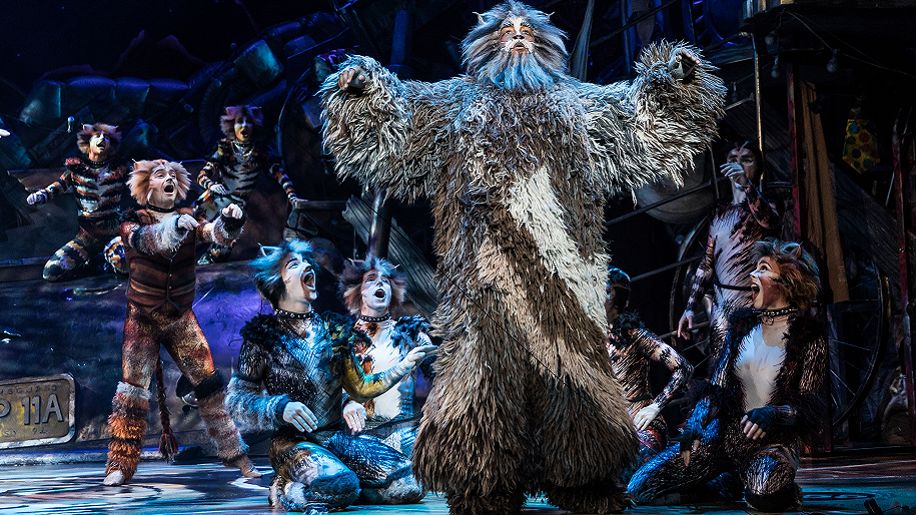 $25 lottery tickets available through the TPAC Concierge App. If you don’t win, we’ll have $30 rush singles (subject to availability) and if you don’t want to risk it, standard priced seats are still available.

Becoming a cat is no easy feat, especially when you’re one of Andrew Lloyd Webber’s.

Anyone captivated by the furry flurry of feline acrobatics spinning across the stage in perfect synchronization knows there’s much more to this group of actors than intricate makeup and patterned body suits. 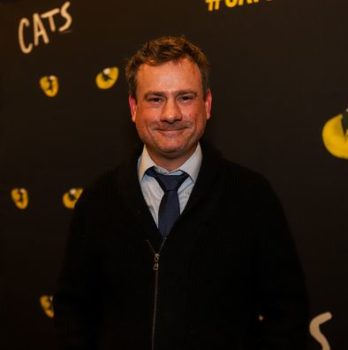 Nobody knows this better than Timothy Gulan, who manages to do just that with not one, but three “jellicle” cat personas: Bustopher Jones, Gus the Theater Cat, and Peter (who appears early on in the “The Naming of the Cats.”)

With the CATS national tour returning to Tennessee Performing Arts Center for its ninth life November 19-24, we thought we’d have a little “cat chat” with Gulan to see what goes into recreating the magic, mystery, and whimsical enchantment of the 1981 Tony-Award winning Broadway blockbuster.

“It’s a fun challenge,” Gulan says. “It’s a lot of unseen backstage work with all the change of face and change of wig. It’s crazy to experience the show in so many ways.”

Among the many skills Gulan has that make him uniquely suited for the multiple roles he covers is his familiarity with felines.

“For Bustopher, I was lucky that I had about 12 years of research for the role sitting around my apartment with a 25-pounder named Stanley,” he says.

As Gulan straps on the fat suit to become Bustopher Jones — the enormous, lovable, upper-class cat whose costume resembles a tuxedo — he thinks about Stanley, a reddish cat “so big he would fall asleep in the bathroom sink and make it look like a plain countertop because he filled the whole thing up.” 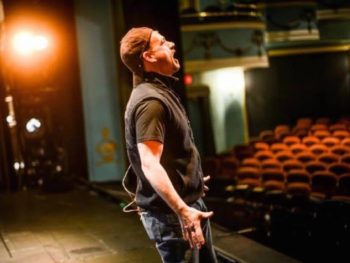 Perhaps the principle character he plays that he most relates to is Gus the Theater Cat, who — like Gulan — has plenty of experience under his paws.

“I’ve been around the block, like Gus, so I get what it’s like to be another old story telling guy,” he says.

At 50, Gulan is the oldest performer in the show. On Broadway or on tour, his acting credits include Sting’s The Last Ship, the 25th anniversary production of Les Miserables, South Pacific, The Lion King, and more.

Working with everyone from Tony Curtis to Lady Gaga, Gulan’s television and film credits include LCT’s Passion, Boardwalk Empire, and The Producers.

And just like Bustopher, he took his inspiration for Gus the Theater Cat from another one of his past pets, a tiny white kitty named Blanche.

“Blanche used to wink his eye constantly, so that’s one of the things I incorporate into playing Gus,” Gulan says.

Anthropomorphizing oneself into three different cat personas night after night can certainly take its toll. Since taking on the roles, Gulan has noticed some cat-like coincidences springing up in his daily life.

“It’s like anything else that becomes a physical habit. It slips out without you realizing,” Gulan admits. “Sometimes, with no reason, I find myself out in the world blinking like Blanche or putting my fingers together like they’re in ‘paw’ form.”

All 29 cast members of the CATS national tour sing some of live theatre’s most revered show tunes while convincingly showcasing their singular abilities and catlike qualities through revamped choreography by Hamilton’s Andy Blankenbeuhler. 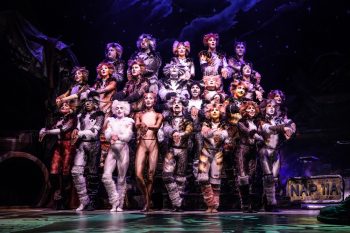 Each jellicle has an individual tale to tell relating to the traits they share with humans. With some jellicles mysterious as “Macavity” and others mischievous like magical “Mr. Mistoffelees,” cat-like quirks are as important to this musical as the dancing.

So, how does one train to become a cat?

“Well, nowadays all you have to do is go online, because the internet sure loves its cat videos,” Gulan jokes. “But actually, we had at least one whole day of the training where we didn’t do anything else but be cats. There’s a lot of extremely distinct qualities to their movements that we had to make ourselves aware of.”

Though CATS first pounced on Broadway nearly four decades ago, Gulan says the tale is timeless.

“I see people my age taking their kids, and then think about those kids one day taking their own kids, and it just blows me away,” he says. “It’s sort of like this baton being tossed from generation to generation. Getting to see these family’s faces transform as they experience this magic together, it’s pretty amazing.”

Skip the cat nap and make “Memories” with CATS at TPAC  November 19-24.

CATS was written by Andrew Lloyd Webber and first performed on London’s West End in 1981. Lloyd Webber based the wide cast of characters on one of his childhood favorites, poet T.S. Eliot’s 1939 book Old Possum’s Book of Practical Cats.

The book is a whimsical collection of poems that details the antics and histories of all the kitties that would later appear onstage in the musical. Lloyd Webber set Eliot’s original verse to his own music, turning the poems into lyrics. The originating team included producer Cameron Mackintosh, director Trevor Nunn, choreographer Gillian Lynne, and set and costume designer John Napier.

CATS has been presented in more than 30 countries, translated into 15 languages, and seen by more than 73 million people. It debuted on Broadway in 1982 and won seven Tony Awards, including Best Musical.

This first-ever national tour of the first-ever Broadway revival — also directed by Nunn — features choreography by Andy Blankenbuehler (Hamilton) based on Gillian Lynne’s original choreography. In addition to freshening up its fur and makeup, the revival includes Broadway original’s scenic and costume designer John Napier updating the iconic looks of Grizabella, Mr. Mistoffelees, Old Deuteronomy, and the rest of the jellicle jubilee.

CATS takes place among a tribe of cats called jellicles who are preparing for a ball and ensuing ritual in which one jellicle is chosen to become “reborn.” Each of the main cats — the curiously named Munkustrap, Jennyanydots, Rum Tum Tugger, Grizabella, Bustopher Jones, Mungojerrie, Rumpleteazer, Jellylorum, Skimbleshanks, Mr. Mistoffelees, and more — get moments to shine and show off their distinctive personalities in choreographed dance numbers.

In the second act, there’s a fight between the mischievous Macavity and the patriarch Old Deuteronomy, who gets kidnapped. With the help of the good cats, Old Deuteronomy is rescued and the old and oft-shunned Grizabella is finally chosen to ascend to a new life.

The cats in the show refer to themselves as “jellicles.” The term has a long history: it’s a contraction of the phrase “dear little cats,” turned into a nonsense term in poetic style for Eliot’s 1936 poem Pollicle Dogs and Jellicle Cats. In Eliot’s imagination, jellicles were black-and-white cats with nocturnal tendencies. But in the Lloyd Webber musical, they embody a broader array of colors and looks.